Ministry of Defence said:
Multi-role combat aircraft are capable of being deployed across the full spectrum of air operations; from air policing to peace support, through to high intensity conflict. 6 Squadron are the RAF’s lead multi-role combat squadron.
Pilots embarked on a series of training sorties over the MOD’s firing range at Cape Wrath in northern Scotland last week to deliver this air-to-surface capability.
The Paveway II is a precision laser-guided bomb that’s designation of targets can be provided by the Litening III targeting pod, or from troops on the ground using a laser target designator. 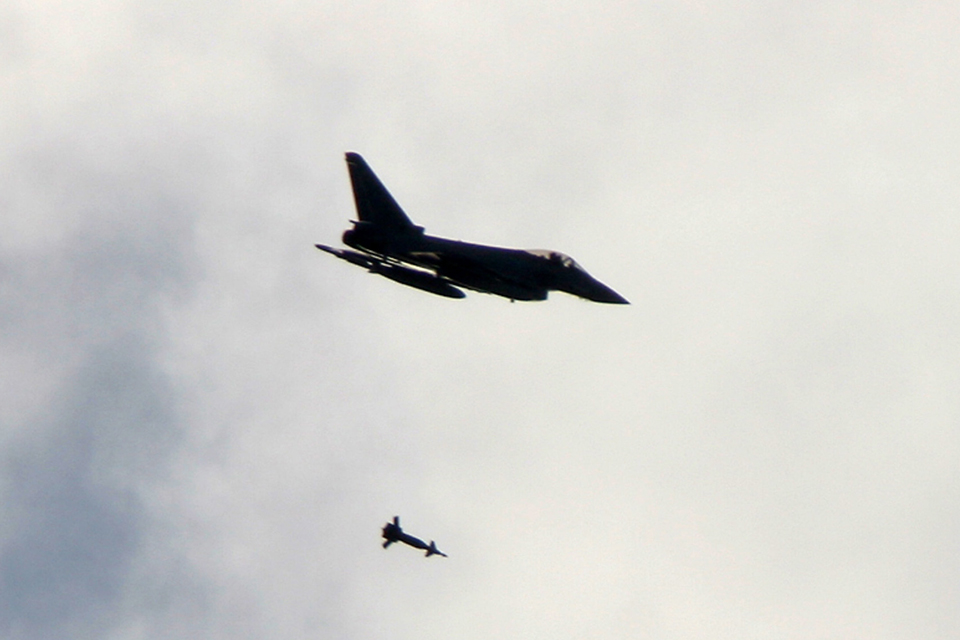 The successful delivery of Paveway II from a Tranche 2 Typhoon is another step forward in the development of the platform’s multi-role combat capability.
​
The Paveway II bombing runs have been flown as part of an operational training week that prepares pilots and the Squadron as a whole for any contingent operations it may be tasked with.
The training week also enables Squadron engineers and support staff to undertake training and practice operations with live and training weapons. 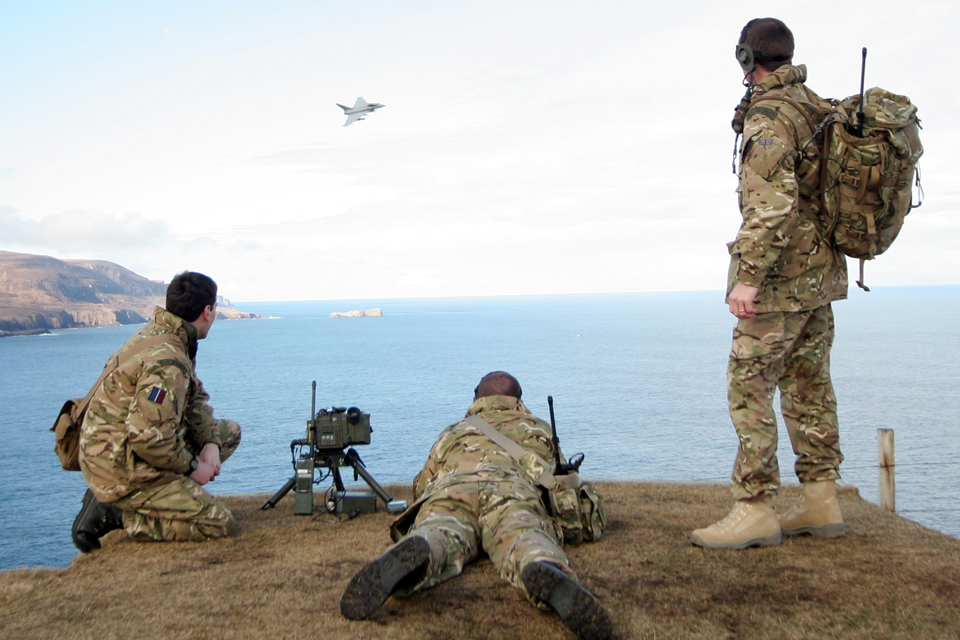 The addition of air-to-surface weapons activity augments the well-rehearsed air-to-air training we do in support of Quick Reaction Alert.
​
Working under a more operational focus for a week or two at a time puts everyone in the right frame of mind so that when called upon to go on operations pilots, engineers and operational support staff are always ready.
​ 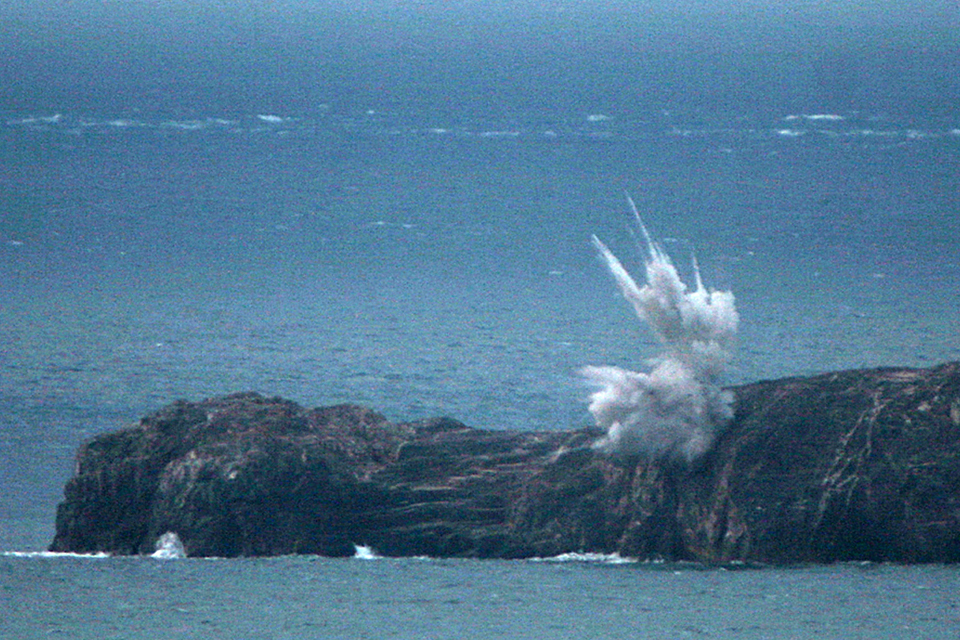 A practice bomb hits the target at the Cape Wrath range [Picture: Senior Aircraftman Ash Reynolds, Crown copyright]Flight Lieutenant Oli Fleming, who as an ex-Tornado GR4 pilot has operational air to ground experience, was the first 6 Squadron pilot to drop a Paveway II. He commented:

Dropping weapons from a Tranche 2 Typhoon is a good step forward for the Force providing a multi-role capability.
​
From an operator’s perspective, it is impressive how easy the systems are to use enabling you to drop an accurate bomb that strikes the target in a short amount of time.
​
The exercise also formed part of the RAF Regiment forward air controllers training for Afghanistan.

So why do they need F35's is this thing is so good?

Can Typhoon be modified for carrier ops! Arrestor and the like. Or again are we looking at too much wonga?

I think it is down to wonga, and also an extra 500kg of baggage!

I think you'll find that the Typhoon was the replacement for the unloved F3 Air Defence variant of the Tornado which went out of service in 2011. The Tornado GR4 will soldier on for some time yet (2019 I think?) and will be replaced by a combination of the Typhoon, F35 and probably UAVs.

The Jaguar was never adequately replaced and the loss of the GR7/9 has further eroded the RAF's CAS capability.