Ministry of Defence said:
Flight Lieutenant Christopher Gordon was the lead captain of a force of 2 Chinook helicopters tasked with inserting UK and Afghan National Security Force troops into a known insurgent safe haven.
With the ground forces successfully inserted without incident just before dawn, Flt Lt Gordon then led the aviation assault force but his flight came under intense enemy fire which forced both aircraft to take evasive action and abandon the attempt to extract the troops.
Despite Flt Lt Gordon’s unwavering determination, coordinating with Apache attack helicopters to give air cover for the extraction attempt, he was forced to return to Camp Bastion for fuel and to face an agonizing wait to be called forward.
However, the UK forces then realized that the insurgents were planning to mount a fierce, consolidated assault as soon as the Apache left the scene and Flt Lt Gordon, energised by the increased threat to both British and Afghan forces, persuaded his crews to try and extract the troops before the Apaches departed.
Flt Lt Gordon used his helicopter to shield the troops as they boarded the aircraft, and despite this resulting in the loss of one of his engines, he still managed to airlift them to safety at Camp Bastion. 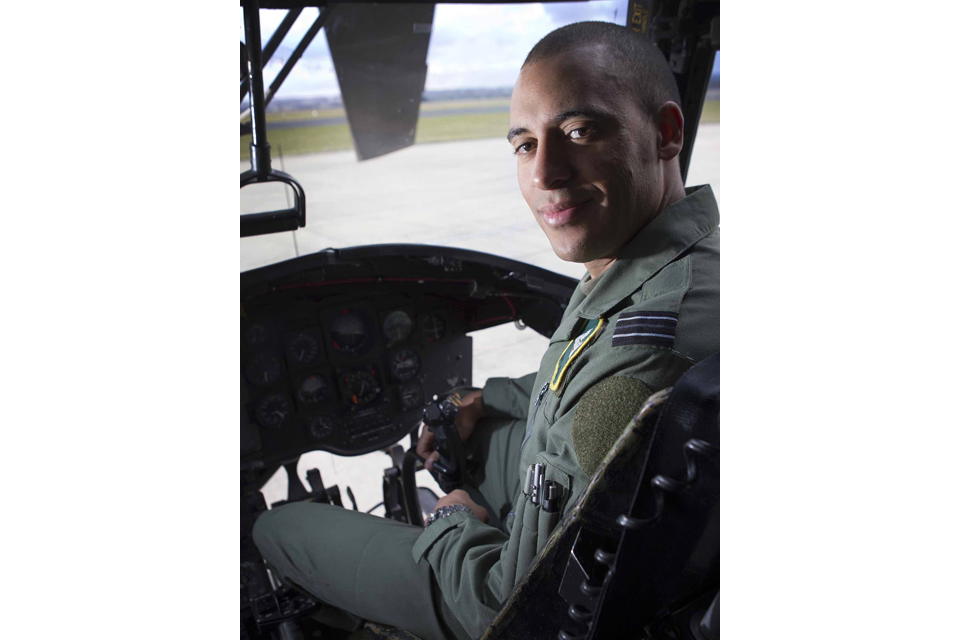 With little thought for his own safety and leading very much by example, Gordon displayed exemplary flying skills and considerable courage, placing his aircraft very close to the troops in order to minimise their exposure to enemy fire. With remarkable tactical awareness and impressive steadfastness under fire, Gordon held the aircraft on the ground to allow the troops time to board but it was struck by enemy fire, resulting in the loss of one of his 2 engines and an injured soldier.
​
With only 1 engine running, Flt Lt Gordon re-calculated his aircraft’s performance electing to conduct a highly advanced low level transition away from the pick-up point.
Flt Lt Gordon said:

I am extremely proud to accept this award even though it is for just doing my job. I think the award is recognition for all the air and ground crew who operate helicopters in Afghanistan. All of them regularly take risks and go above and beyond the call of duty to protect our troops on the ground and get them home safely.
​
The DFC recognises exemplary gallantry during active operations against the enemy in the air. Instituted in 1918, the DFC is at a level below the Conspicuous Gallantry Cross and is at the equivalent level to the Distinguished Service Cross (for exemplary gallantry at sea) and the Military Cross (for exemplary gallantry on land).