Defence Secretary Gavin Williamson announced the news as he made his first landing onto the deck of the carrier today, while she was at sea sailing around the South Coast of England.


In a world of intensifying global threats, this magnificent ship will be a leading force fighting to protect the values of the UK and our allies. It’s an honour to visit her at sea, and to meet such a passionate crew. I’m sure Her Majesty will be similarly impressed at next month’s historic ceremony for the nation’s new flagship, which proudly bears her name.
​ 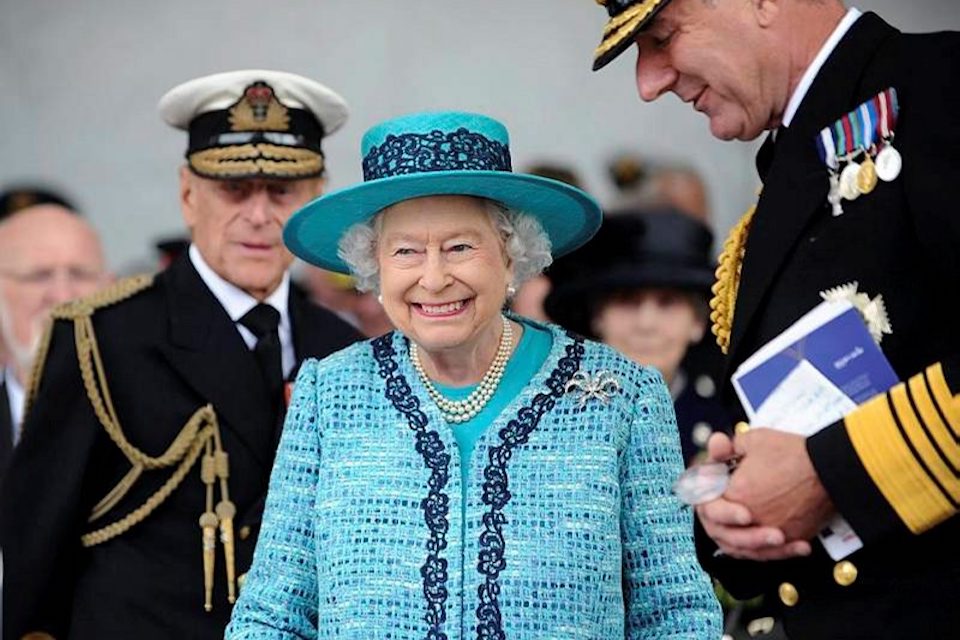 Her Majesty the Queen attending the Naming Ceremony for the new aircraft carrier in 2014.

The carrier is currently making great progress through her sea trials and will return to her home port in Portsmouth in a few weeks’ time. Her Majesty the Queen will then visit the ship in Portsmouth on 7 December for the formal commissioning ceremony.

Her Majesty will be joined by a host of dignitaries from the Royal Family, Government and the military, before saying a few words as Lady Sponsor. The commissioning warrant will then be read and the White Ensign raised, symbolising the acceptance of HMS Queen Elizabeth into Her Majesty’s fleet.

It will be the first time Her Majesty the Queen has visited the UK’s new flagship since she formally named her in Rosyth, Scotland in July 2014. Since then the ship has been completed, sailed into her home dock of Portsmouth for the first time and is now continuing her sea trials. Her identical sister ship, HMS Prince of Wales, has also been formally named and is now structurally complete. 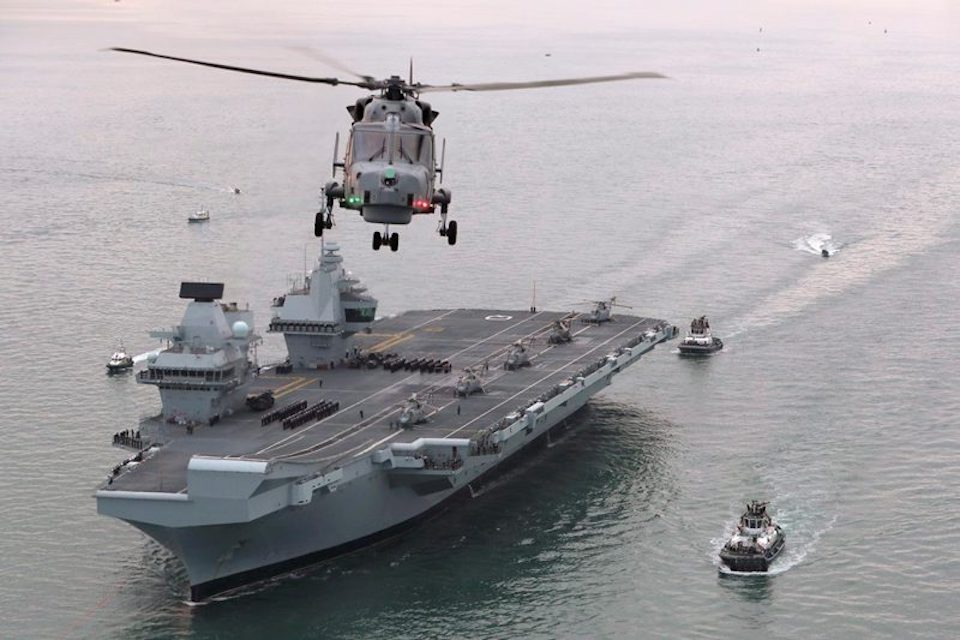 HMS Queen Elizabeth is currently on sea trials off the south coast of England.

The Defence Secretary took a Merlin helicopter from RAF Northolt and landed on the flight-deck this morning, where he met the ship’s company, from the Captain Jerry Kyd to the most junior ranks.


I was delighted to be able to welcome the Defence Secretary on board HMS Queen Elizabeth at what is a very exciting time for the ship, for the Royal Navy, and for Defence as we move into the final phase of our sea trials.

We spoke about the progress made on our trials so far and the exciting future ahead as the UK regenerates its strike carrier capability.

We’re glad the Defence Secretary took the time to visit us and really get under the skin of this aircraft carrier and see for himself the enormous potential of this ship that will be deployed across the globe for the next half century.
​
Both of the UK’s aircraft carriers are being delivered by the Aircraft Carrier Alliance, a unique partnering relationship between industry and the UK Ministry of Defence.