He met with captains and crews of Her Majesty’s Canadian Ships Montreal and Windsor, of the fleet, which were berthed at HM Naval Base Clyde ahead of the exercise.

HRH was briefed by Flag Officer Scotland and Northern Ireland (FOSNI) on the importance of Joint Warrior to both the collective defence of NATO allies, and the support of Faslane to NATO and allied forces.

Rear Admiral John Weale OBE, FOSNI, gave his backing to the exercise and emphasised the important role Joint Warrior plays in building even closer links between the UK and NATO allies, including the Canadians.

The 13-day exercise began today (3 October) and involves 30 warships and submarines, 60 aircraft, and around 6,300 personnel from the 12 nations taking part.

Ships, submarines, aircraft and ground troops from the UK, US and other NATO allies will take part, improving interoperability and warfighting capability at sea, in the air and on land. Exercise activity will be focussed off the West and East coasts of Scotland. 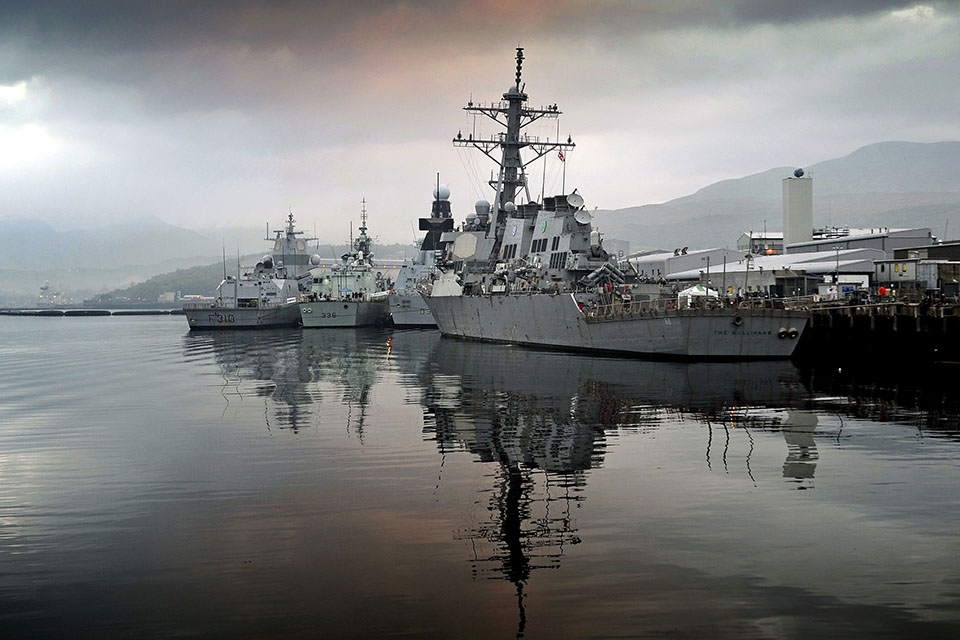 Joint Warrior represents a valuable opportunity to demonstrate the capabilities of the UK and its allies to conduct joint operations involving many different forces against a range of current and future threats.

The exercise is an example of NATO allies and partners working together as a credible coalition in the Air, Land and Maritime environments to reassure allies and deal with contemporary threats. It tangibly demonstrates NATO nations’ resolve, readiness and intent and the key role played by the UK in the Alliance.


This UK-led exercise is a powerful demonstration of NATO’s collective determination to defend our allies against any threat.

Training with other nations’ forces on land, sea, and in the air, will significantly enhance our ability to conduct joint operations.
​
Commodore Toby Williamson, Commander Operational Training and the Royal Navy’s lead for training and exercising at this level, said:


Exercise Joint Warrior is an opportunity to practice with and against our coalition partners, experiment and learn from them, and ultimately hone our tactics to the highest possible level.

Sometimes, a single warship is able to fight alone and unafraid, but normally, the UK would provide security at sea as part of a task group, integrated across land, sea and air, alongside our coalition partners.
​
Continue reading...
You must log in or register to reply here.