The Prime Minister and the Defence Secretary will today recognise employers who have made an outstanding commitment to support the Armed Forces, presenting gold awards to the winners of the Armed Forces Covenant Employer Recognition Scheme (ERS) .

The ERS was launched by the Prime Minister David Cameron in 2014 to recognise businesses that are exemplary supporters of the Armed Forces Covenant, a promise from the nation that those that those who serve or have served in the Armed Forces, and their families, are treated fairly.

Businesses who hold ERS gold awards have introduced HR policies to encourage the recruitment of Armed Forces personnel, spouses and veterans, and enable reservists to fulfil their annual training and mobilisation.


The support from these organisations is making a real difference to our Armed Forces community. They are ensuring that the men and women who have done and continue to do so much for our nation are treated fairly. Whether allowing reservists the time to train, providing jobs or supporting veterans and spouses, these companies embody what the Armed Forces Covenant is about. I am delighted to thank them for their unwavering support.’
​ 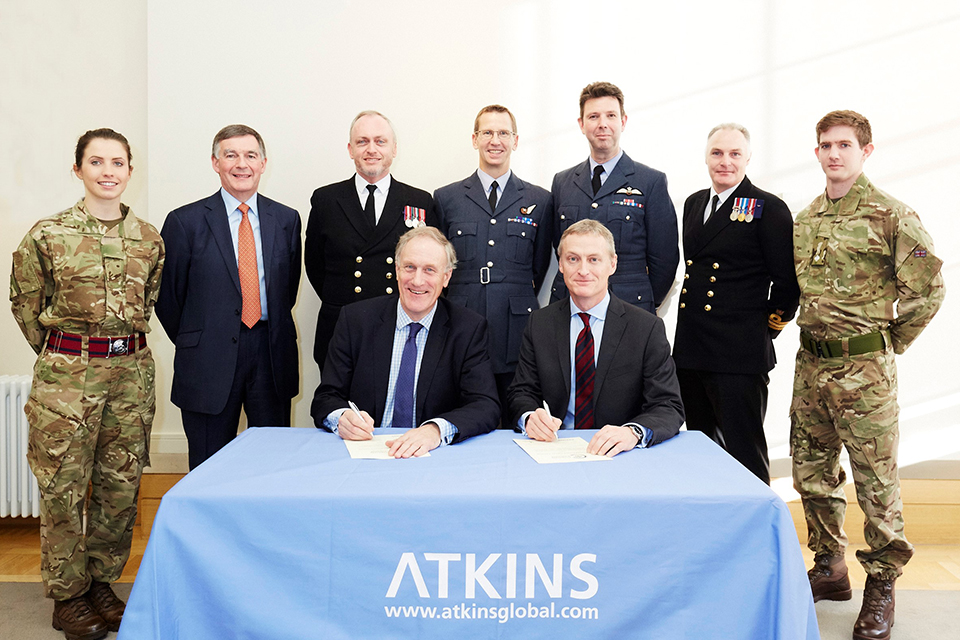 There are nearly 800 businesses signatories of the Armed Forces Covenant, who have made individual pledges. This could cover, for example, employment support and adapting their products and services to better suit the needs of service life.

The pledges of support to the Armed Forces Covenant make commercial sense as well as making a commitment to society. The Services invest heavily in training their personnel in specialist and soft skills, which make veterans a great recruiting pool and organisations more successful. The benefits of employing Defence personnel include:


The Armed Forces Covenant has a range of signatories as delivery partners, which include businesses and trade bodies, charities and community organisations, local authorities and government departments. Signatories make their own promises to support the Armed Forces community and implement these promises through policies, services and projects.