As the Armed Forces around the world and the public in the United Kingdom paid their respects, the Prime Minister and Home Secretary Theresa May laid a wreath in remembrance for the fallen. 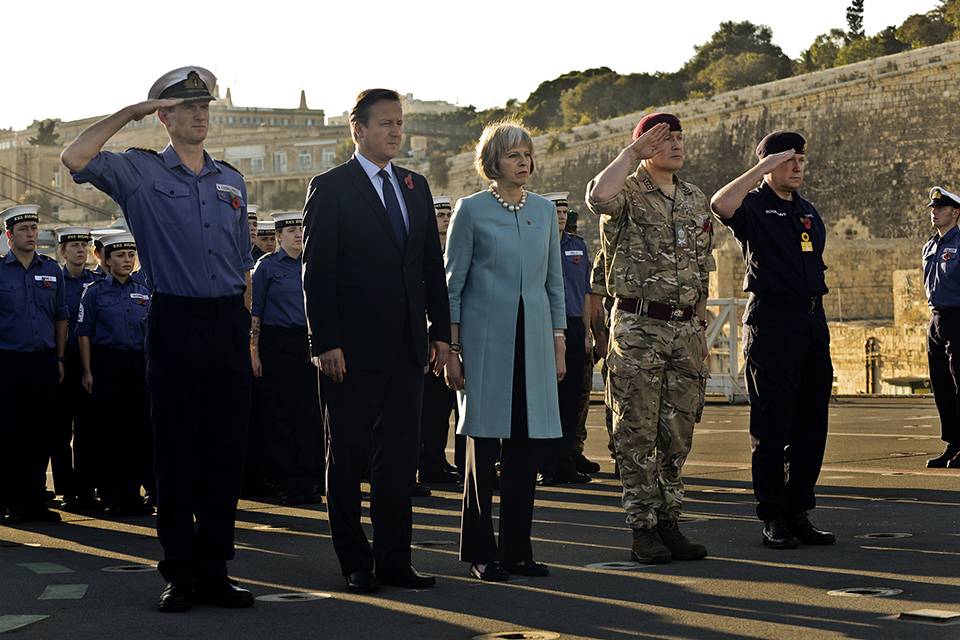 Whilst aboard the ship the Prime Minister addressed the ships company saying:


Let me say that in this extraordinary and beautiful harbour, and on this remarkable ship and on Armistice Day, the pleasure and the honour is entirely mine standing in front of you.

I think it is fitting that we do it on Armistice Day when we think about those that served and fell for our country in causes so that we could live with the freedom we enjoy today.
​
Referencing the ships contribution the to the EU led operations in the Mediterranean David Cameron added:


I really want to thank you, from the bottom of my heart, for what you’ve done. I well remember that day in April when it was so important to act and act quickly, and the way you responded from moving from Gallipoli to here has been absolutely brilliant. And above all, you should be incredibly proud of the lives that you’ve saved.
​ 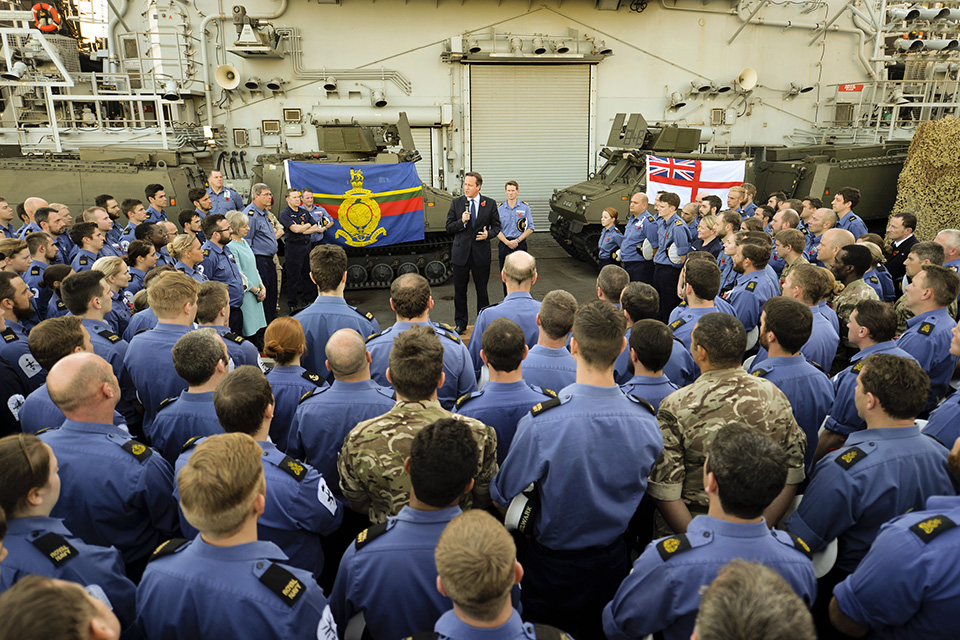 HMS Bulwark has been in the Mediterranean as part of Exercise Trident Juncture, NATO’s largest exercise in 20 years predominantly in, over and on the seas around Portugal, Spain and Italy.

HMS Bulwark is now alongside in Malta providing security support to the Valletta Summit on migration and the Commonwealth Heads of Government Meeting 2015.