Ministry of Defence said:
Members of the 17 Port and Maritime Group have completed their pre-deployment training ready for their UN peacekeeping tour to the ‘Green Line’ in Nicosia, Cyprus.
Unlike operations in Afghanistan, the Group will be patrolling the UN Buffer Zone unarmed, as peacekeepers, and negotiating skills will be to the fore.
The Group is commanded by Lieutenant Colonel Rob Askew and is 250-strong, of which 120 are reserve officers and troops from the TA.
Lieutenant Colonel Askew said:

I am confident that the soldiers that I command have trained hard for this important operational tour and that we are ready to successfully meet the challenges we will face in Cyprus.
​
The Group will spend 6 months in Cyprus keeping the peace between the opposing Greek Cypriot and Turkish forces, who face each other across the buffer zone.
In preparation for this, the Group’s members have been carrying out intensive training for the last 6 months that has included negotiation skills and patrolling and public order training in addition to honing their basic military skills. 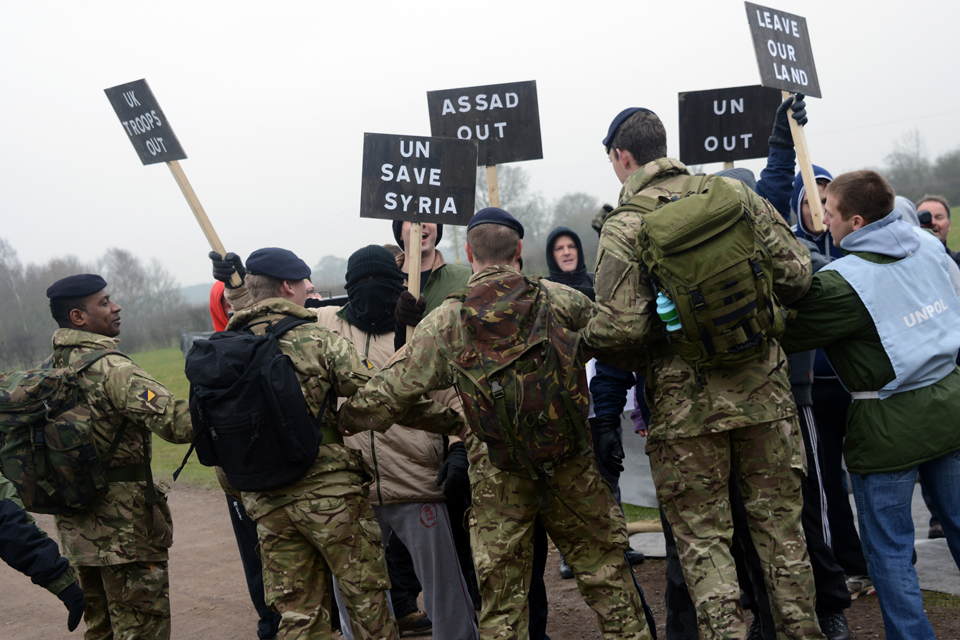 I am very confident to go onto the ground now as I have been well trained for this tour.
​
He continued that he was:

looking forward to the tour and the opportunity to experience a new culture and the challenges the tour will bring.
​
The British contribution to the UN mission in Cyprus first began in 1964; it was maintained following the Turkish military action of 1974 and continues to this day.
The mission is therefore currently the longest ongoing British military operation in history and represents the UK’s ongoing commitment to Cyprus as a signatory of the 1960 Treaty of Guarantee.
The Reserve Forces are an essential and integral component of the UK’s defence capability and in future will have a greater role and will be more integrated with the regular component of the Armed Forces as part of the Future Reserve Forces 2020 programme.