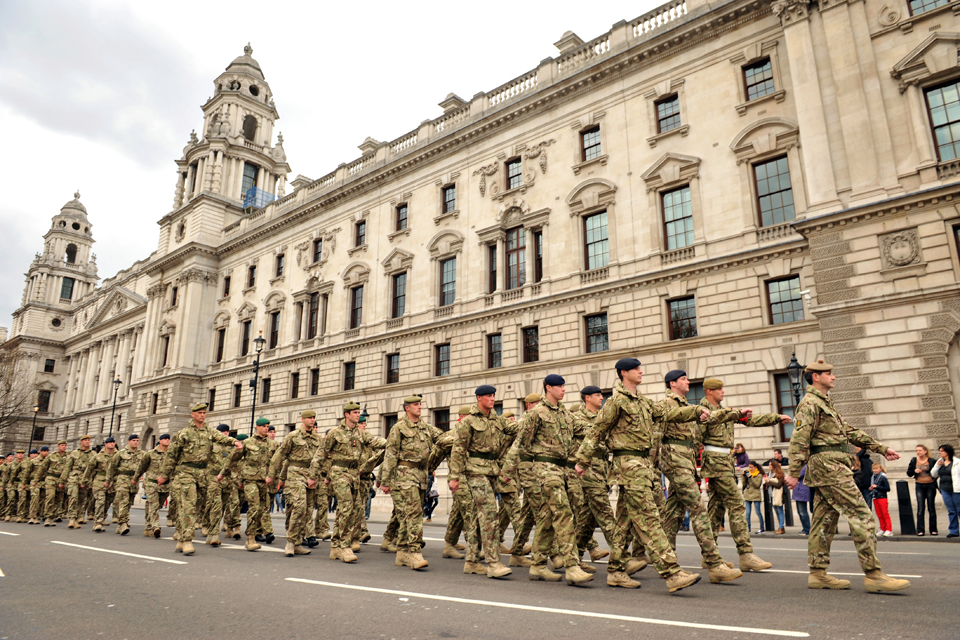 Troops from 4th Mechanized Brigade march through London on the way to a reception at the Houses of Parliament [Picture: Corporal Mike O'Neill, Crown copyright]Personnel from 21 Engineer Regiment, 3 Medical Regiment, 4th Regiment Royal Artillery, amongst others, also joined in the proceedings.
The troops paraded from Wellington Barracks, along Birdcage Walk, into Parliament Square, and arrived at the Palace of Westminster at 3:30pm, where they were met by parliamentarians including the Secretary of State for Defence, Philip Hammond, Minister of State for the Armed Forces, Andrew Robathan, and Minister of State for Defence Personnel, Welfare and Veterans, Mark Francois.
They then attended a reception inside the Palace of Westminster organised by the All Party Parliamentary Group for the Armed Forces.
Philip Hammond said:

Along with a number of my fellow Members of Parliament, I was proud to have the opportunity to welcome 4th Mechanized Brigade home from Afghanistan at the Palace of Westminster. Their achievements in what remains an extremely tough and dangerous operational environment should not be underestimated.
​
As well as welcoming home those who have served, in particular we should remember those who have not returned. Their sacrifice will not be forgotten.
​ 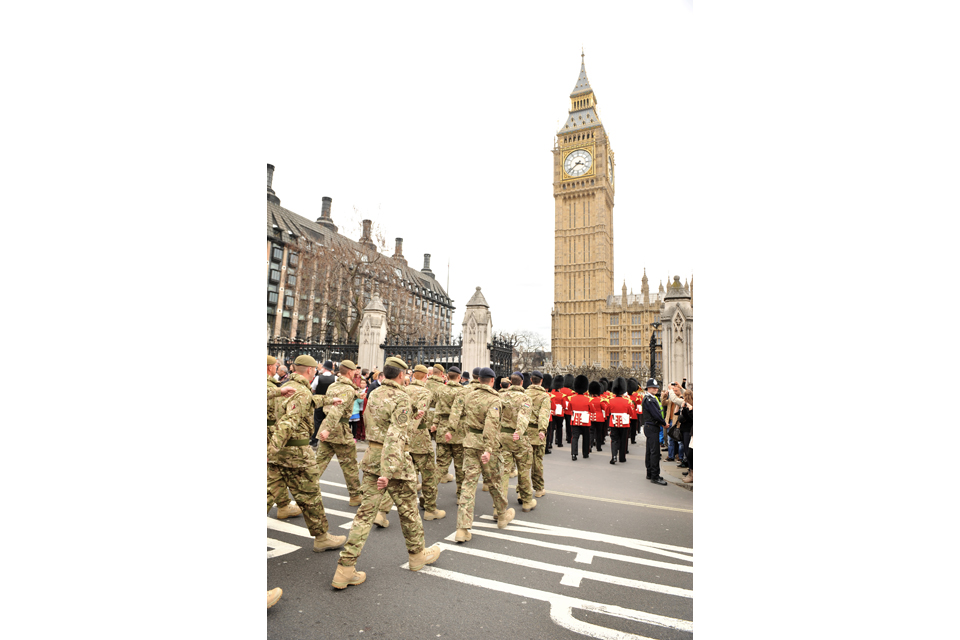 A huge amount was achieved by the men and women of 4th Mechanized Brigade over our 6-month tour. Through their hard work and sacrifice, Afghanistan is a step closer to a peaceful future, with the insurgency weakened further and the Afghan forces now in the lead for security operations in their own country.
​
It has been a great honour to parade through Westminster and, on behalf of the brigade, I would like to thank the All Party Parliamentary Group for the Armed Forces for extending this invitation to us.
​

Are the navy not part of MOD anymore, all these posts seem to be about Perc and the other cnuts!!