The Royal Incorporation of Architects in Scotland (RIAS) selected the £20 million facility, near Wick, for the 2018 Andrew Doolan Award from a shortlist of 12, and made the announcement at a ceremony last night.

Earlier this year, Nucleus (The Nuclear and Caithness Archives) was among 49 Royal Institute of British Architects (RIBA) winners, selected from more than 600 UK entries, and one of 12 Scottish RIAS winners. Its sleek design was described as “an impressive industrial building” and “beautifully sculpted”.

Designed by Edinburgh-based Reiach and Hall Architects, its success made it a contender for the RIAS Andrew Doolan Best Building in Scotland Award, named after the celebrated Scottish architect who worked on numerous city regeneration projects.

The award, established in 2002 to celebrate the best buildings in Scotland, is one of the largest architectural prizes in the world and is supported by the Doolan family as well as the Scottish Government.


We are absolutely delighted that Nucleus has been named as this year’s best building in Scotland. Visually, it is extremely striking, and is also a fantastic operational facility, purpose-built for the preservation and storage of our nuclear records, as well as those from Caithness.
​ 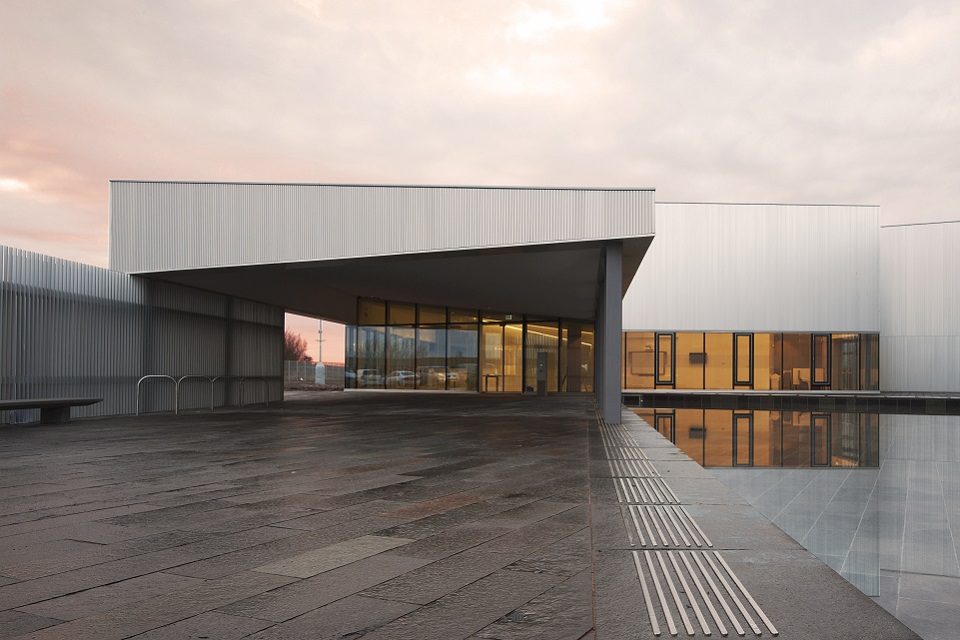 Nucleus will store records from all over the UK

One of the earlier citations noted:


The judges unanimously felt that this was an impressive industrial building which created an ethereal and beautifully sculpted building. Security issues in the design of the landscape did not detract from the panel’s view that this was an excellent building. The relationship of the building to the historic context of the site and the adjacent wartime airfield are beautifully articulated, together with the references to the Caithness context of lochs and a difficult climate.
​
The unique £20 million facility opened last year and is now in the process of receiving records, photographs, plans and other data from NDA sites all over the UK. It already stores local historical archives associated with Caithness.

The material is stored in a series of secure pods and much of it will gradually be converted to digital format.

An exercise that will last at least 5 years is now under way to collect, assess and sift through many thousands of nuclear documents before transfer to the archive. These include plans, photographs, drawings and other records from diverse locations around the UK.

Nucleus also fulfils an important role for the future geological disposal facility (GDF), acting as a central repository for detailed waste records that must be safeguarded for many generations.

Read more about the archive