70 new reserve soldiers passed out today in front of their family and friends having completed their basic training at the Army Training Regiment (Grantham).

The ceremony also included a special inspection from the Chief of the Defence Staff, General Sir Nicholas Houghton, and awards for the Champion Soldier, Best Shot and Champion Section.


Those who volunteer to serve as Reservists in the British Army are unique in their willingness to balance the challenges of their family commitments, their civilian employments and the excitement of military service.

The servicemen and women passing out today have been exemplary throughout, and I am encouraged to see a bright and competent unit supported and mentored by such a professional staff.
​ 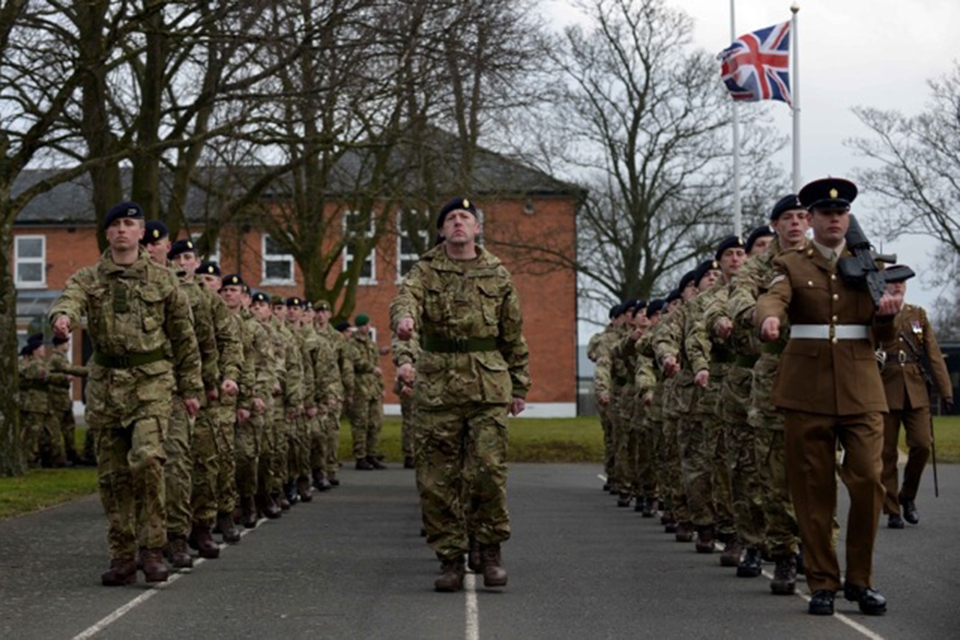 The troops ranged in age from 18 to 44, men and women from all sorts of backgrounds from students to IT, and will be joining Army Reserve units of every cap badge.

Signaller Arfan Ali, from Yardley in Birmingham, a trainee teacher in his civilian career, will be joining 48 (City of Birmingham) Signal Squadron.


My brother has been in the Reserves for 10 years and I’ve seen the opportunities and experiences that he’s had from it and was keen to get some of that for myself. The training has been tough, but it’s really got me fit and I’ve learnt new skills already.
​
His wife Zobia Arif said:


I’m so incredibly proud of Arfan. Since he joined the Reserves he’s become so much more disciplined and motivated.
​ 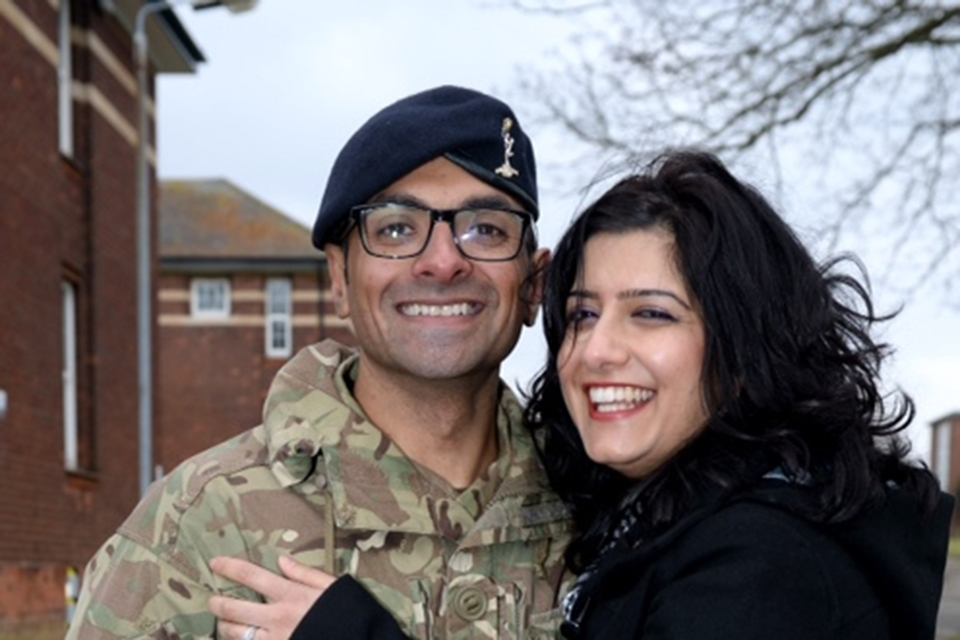 Sapper James Surmon was named best recruit in his troop. A student at University of St Mark and St John in Plymouth, he is a member of 131 Independent Commando Squadron Royal Engineers, based at the city’s Mill Bay Reserve Centre.


It’s been two weeks of hard training and to be standing here at the end of it on parade in front of the most senior officer in the military is a very proud and significant moment.
​
Spr Surmon will now start learning engineer trade skills and begin the arduous physical challenge of Commando training.

The parade today came after the latest reserves figures showed intake to the Army Reserve has increased steadily over the last year.

Figures released on Thursday show that 3,600 people joined the Army Reserve between April and December 2014, an increase of 88.9% compared to the equivalent period in 2013.


The number of Army Reserve new entrant enlistments in the first nine months of the year is 2,270, up 120% on the equivalent period last year.

There is more to do which is why we continue to invest £1.8 billion in our Reserve Forces, giving them the best training, equipment and fully integrating them with regulars.
​
Continue reading...