News story: New fingerprint chemical to ‘make it much harder for criminals to escape...

The technology uses an innovative chemical to recover fingerprints from surfaces that were previously extremely challenging or even impossible to work with, making them visible so that forensic scientists can identify guilty individuals.

This includes items exposed to high temperatures, including IED components and fired ammunition cases in a warzone, as well as metal items that have been deliberately cleaned, such as knives at a domestic crime scene. The new technique could help identify criminals ranging from insurgents to burglars.


British innovation is progressing at a rapid pace and we are investing millions in it to keep our country safe. Whether it’s used on a foreign battlefield or a British crime scene, this pioneering fingerprint technology will make it much harder for criminals to escape justice.
​
Steve Thorngate, from the Defence Security Analysis Division of Dstl, said:


Through our work with Dr Paul Kelly at Loughborough University, the ability to significantly increase fingerprint recovery rates from items recovered, means that criminals will find it much harder to conceal their identity. Although the technology needs further refinement, it will be of significant benefit to forensic scientists across the world.
​ 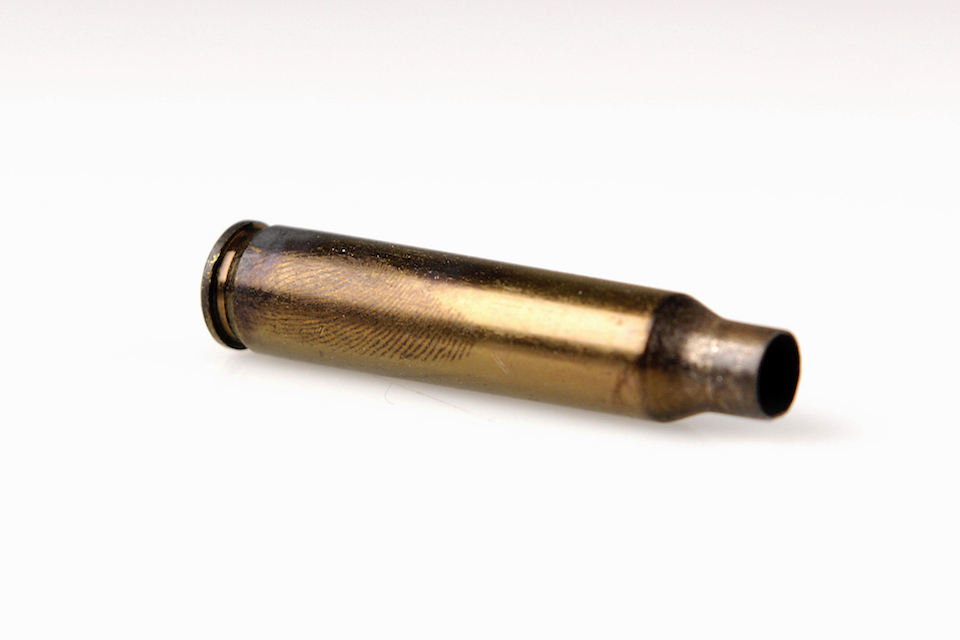 The new technology uses a chemical to recover fingerprints from challenging surfaces, such as bullets.

The project started life at Loughborough University where the concept was inadvertently discovered by Dr Paul Kelly, and developed by Dstl into an operational capability. Foster + Freeman (F+F), one of the world’s foremost forensic science equipment suppliers, will refine the technology before making it commercially available early next year.

The announcement also comes as the MOD prepares to host the two-day Artificial Intelligence Hackathon this week to explore the opportunities that ‘AI’ can provide to the defence of the UK.

Funded by the MOD’s £800m Innovation Fund, the Hackathon will bring top representatives from the MOD, defence industry, SMEs and academia together to brainstorm ideas on how AI can be applied across businesses, the military and civil society.


This Hackathon is yet another example of how defence is getting together with academia and industry to ensure the UK remains a world leader in research, collaboration, and security.
​
The MOD has committed 1.2% of the rising defence budget to cutting-edge science and technology.

The licence for the fingerprint technology has been negotiated by Ploughshare Innovations, Dstl’s technology transfer company, and has since been licensed by F+F.