Ministry of Defence said:
NATO Secretary General Anders Fogh Rasmussen wrote to Defence Secretary Philip Hammond this week to thank the UK for its nuclear commitment to the alliance as the Navy completed the 100th patrol by a Vanguard class submarine.
In his letter, Mr Rasmussen wrote that NATO’s greatest responsibility is to protect and defend our territory and populations against attack. He stated that a great example of this has been the UK’s independent strategic nuclear forces which, through their constant vigilance and professionalism over these past 45 years, have helped ensure the freedom and security of the allies.
Defence Secretary Philip Hammond said:

I welcome NATO’s acknowledgement of the UK’s continuing commitment to our collective security. Our ballistic missile submarine force forms a key part of the NATO security umbrella which protects the whole alliance.
​
Just because the Cold War is over doesn’t mean we should drop our guard or weaken our deterrent. No one knows what threats we may face in the future: powerful nuclear arsenals remain while a number of non-nuclear states are attempting to acquire nuclear weapons that could threaten us.
​
The Royal Navy’s continuous patrols beneath the oceans are vital to deterring our adversaries and key to reassuring our allies.
​
Prime Minister David Cameron visited HMS Victorious as she returned to Scotland today. 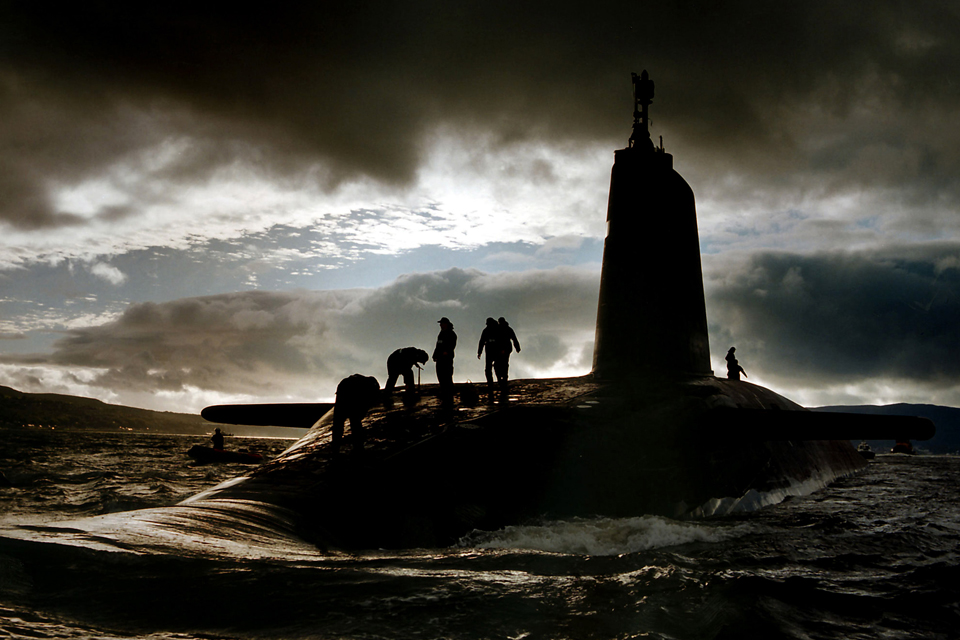 As I visit HMS Victorious to welcome home her returning crew, I want to thank all those who provide our deterrent; the submariners, the families who support them and the 20,000 people who work onshore. All play their part in maintaining this nation’s ultimate weapon of defence.
​
The First Sea Lord, Admiral Sir Mark Stanhope, said:

Through the professionalism and commitment of its personnel operating and supporting Resolution and Vanguard Class ballistic missile submarines, the Royal Navy has played a fundamental role in the delivery of the independent strategic nuclear deterrent for the nation.
​