The families of Guardsmen Joseph Goulden and Raymond Frederick Rose, who both served with the Coldstream Guards before being killed during World War 2, can finally take comfort in knowing the location of their loved ones’ final resting place.

As a result of an investigation undertaken by the MOD’s Joint Casualty and Compassionate Centre (JCCC), Guardsman Goulden from Gloucester and Guardsman Rose from Pontefract, Yorkshire were honoured during a moving rededication service earlier today (Thursday 23 November 2017).

Following the discoveries made by 2 Italian military historical groups, subsequent research by the JCCC and DNA testing confirming their identities, JCCC were able to trace the 2 associated families so they could be invited to attend today’s service alongside current members of the Coldstream Guards. 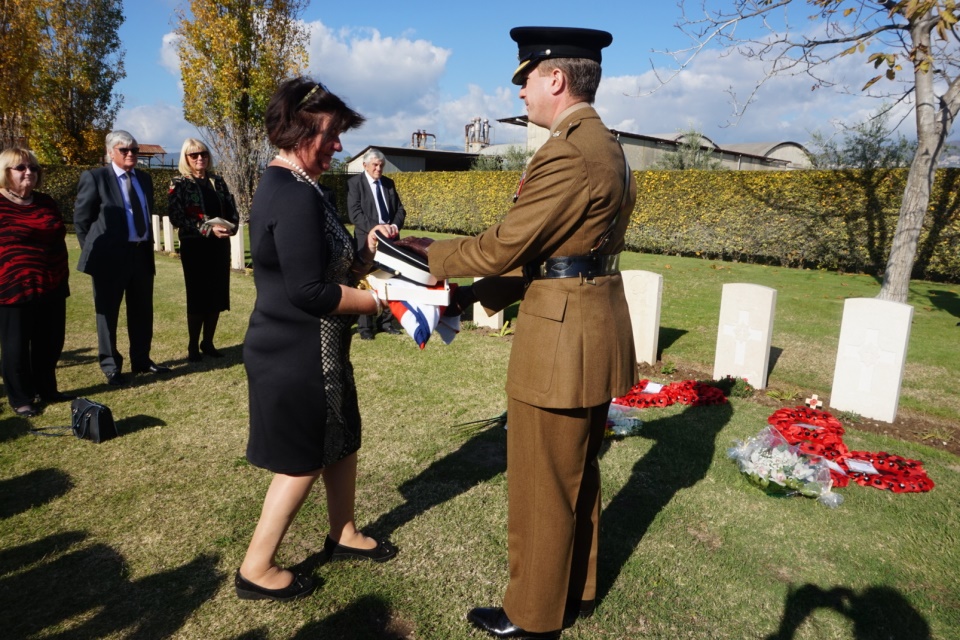 2nd cousin Susan Henry receives a presentation of a regimental cap and belt along with the Union Flag on behalf of the Goulden family, Crown Copyright, All rights reserved


These 2 brave soldiers fought for their country to make our lives better. Originally buried as unknowns they now have their own headstones whilst their families finally have closure. It is a privilege for the Joint Casualty and Compassionate Centre to have organised this fitting service.
​ 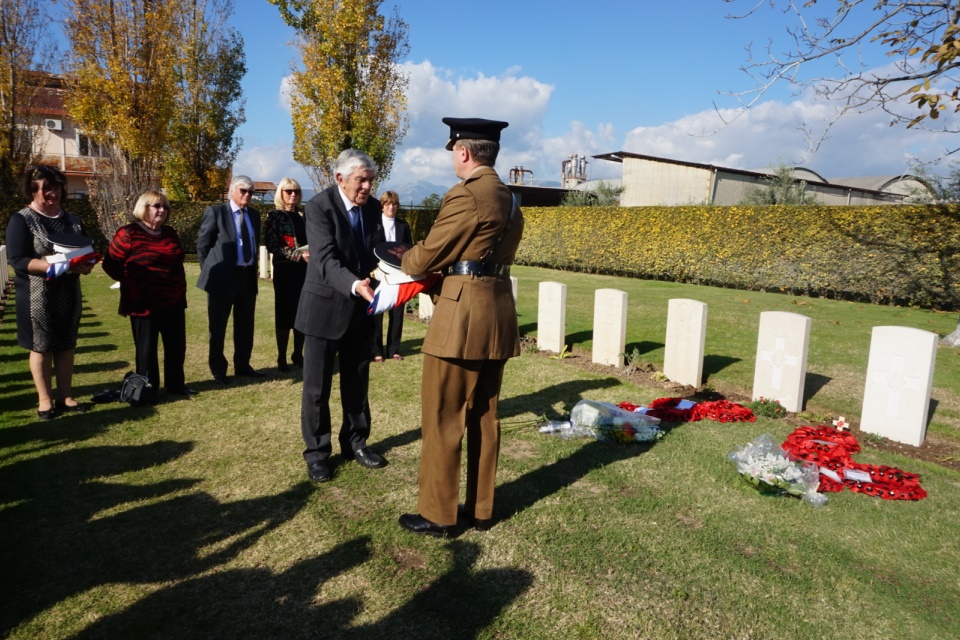 2nd cousin Michael Rose receives a presentation of a regimental cap and belt along with the Union Flag on behalf of the Rose family, Crown Copyright, All rights reserved

The Coldstream Guards were brought up to Hill 270 to attack at midday on 25 September 1943, their plan was to reach the bottom of the hill by infiltrating from the left and using the thick trees as cover. At 11.40 am the attack began and regrettably, there were huge casualties including Guardsmen Goulden and Rose.

Guardsman Joseph Goulden was 31 years old when he was killed whilst Guardsman Raymond Rose was just 19. 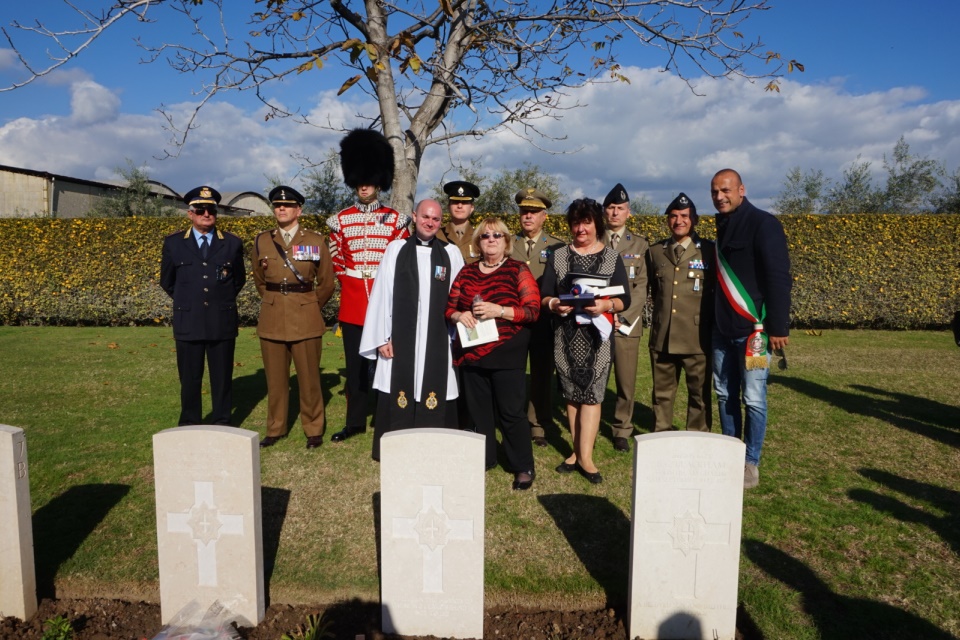 Statement from the Goulden family:


We were deeply humbled to discover that we had a relative who fought and died in Salerno Italy during World War 2. Joseph Goulden enlisted in the Coldstream Guards and successfully fought in Africa and Egypt before he was sent to Italy where he bravely fought and died taking Hill 270. His remains were discovered and through DNA analysis it was confirmed that he was a family member.


We were very proud to attend the ceremony today in Salerno.
​ 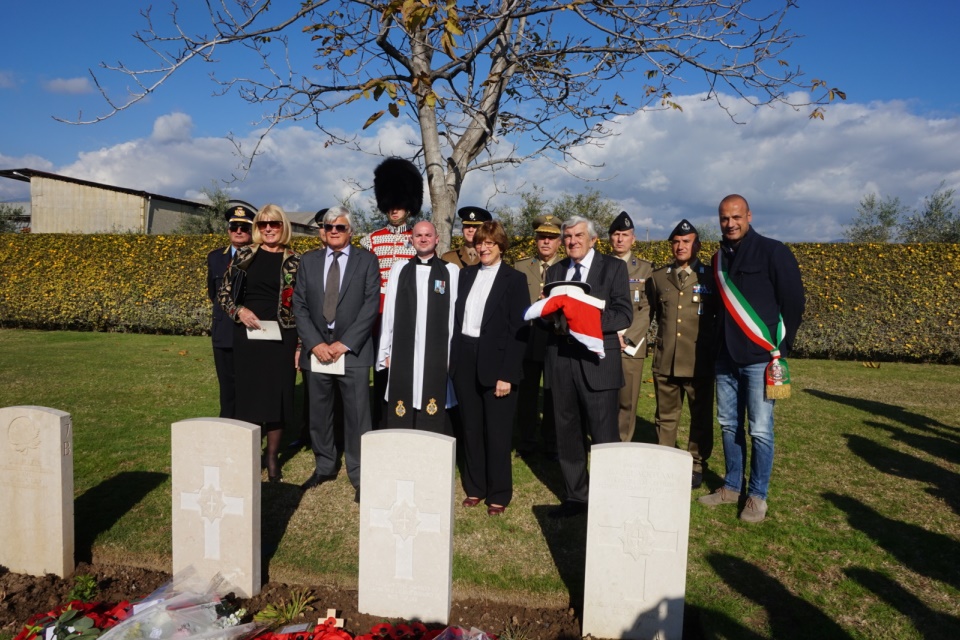 Statement from the Rose family:


We are proud to know that a relative of ours was brave enough to lay his life down for us. Raymond volunteered to go to war and we ask ourselves ‘would we?’ - probably not!


Incredible sacrifice at the age of 19. To risk his life for the good of his fellow man; the ultimate sacrifice.
​
Reverend Jacob Caldwell CF said:


What an honour it is to formally recognise the sacrifice of Guardsman Rose and Guardsman Goulden here in the presence of their families. At the Battle of Salerno the Coldstream Guards demonstrated a remarkable resolve in the face of some profoundly challenging circumstances. As we formally give thanks for their lives and service, we honour their willingness to sacrifice their all in the business of war for the purposes of peace.
​
Two new headstones bearing their names have been provided by the CWGC, who will now care for their final resting place in perpetuity.