The deal, worth over half a billion pounds, will provide maintenance support to the Royal Navy’s Merlin Mk2 and Mk3 helicopters over the next five years. The new contract is expected to deliver more than £140 million savings over that time.

Many of the jobs the contract will sustain are located at AgustaWestland’s facility in Yeovil and at the Royal Navy Air Station in Culdrose, Cornwall, where the depth maintenance and the Royal Navy’s Merlin training system are located.


Our fleet of Merlin helicopters has benefitted from considerable investment by the MOD through major upgrades in recent years. This new contract will ensure we can continue to deliver flexible capability to meet the needs of our Armed Forces, as well as excellent value for money for the taxpayer.

This investment forms part of this Government’s commitment to invest £11.2 billion into our helicopter fleet over the next ten years as part of £163 billion Equipment Plan to provide the very best equipment and equipment support to our troops. In addition, the contract will sustain more than 1,000 jobs, which will maintain vital engineering skills in the defence sector.
​ 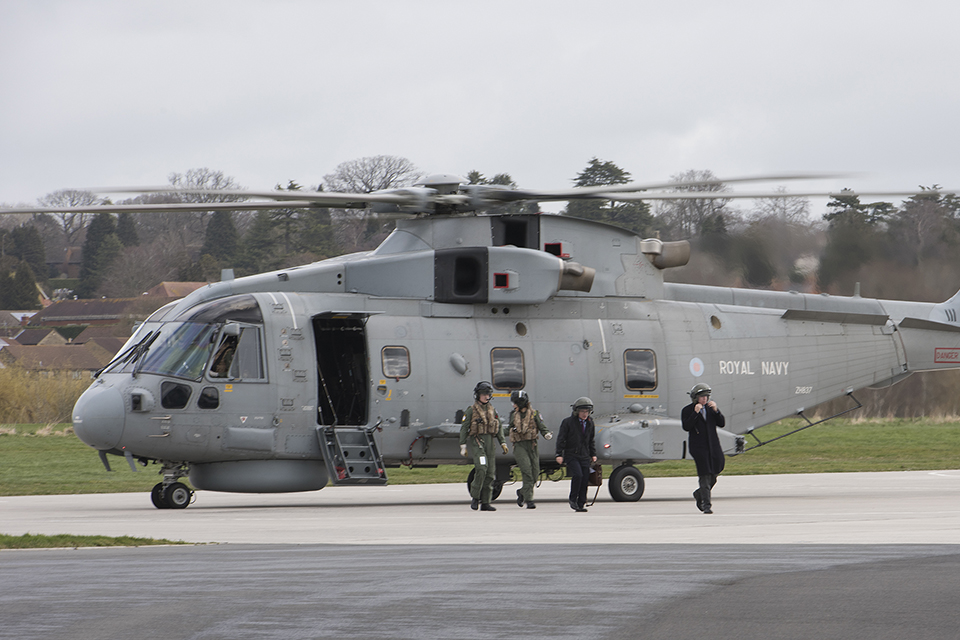 The Merlin support contract follows the MOD’s recent announcement that it is providing our Armed Forces with one of the most capable and technologically advanced helicopter fleets in the world, with a host of new or upgraded aircraft made ready for operations over the last 12 months.

This includes the Merlin Mk2 anti-submarine helicopter which achieved its In Service Date on 29 May 2014, ahead of schedule and to cost, with 19 of 30 aircraft so far delivered to the Royal Navy at RNAS Culdrose in Cornwall.

The Merlin Mk2 helicopters will operate globally, and are expected to be based on the Royal Navy’s next generation Queen Elizabeth class aircraft carriers, along with the new F-35B Joint Strike Fighter aircraft, as well as onboard frigates, destroyers and support ships.


The Merlin is an important part of our overall Helicopter Force, providing a variety of specialist and general roles in all weathers over land and sea.

We are bringing in the contract one year earlier than planned to meet the requirements of the Front Line Commands and to deliver financial benefits, which is a great achievement and shows how the MOD can adapt flexibly to support the needs of our Armed Forces.
​
The Merlin Mk3 is a Battlefield Support helicopter of the Royal Navy Commando Helicopter Force. Hugely successful in the Iraq and Afghanistan Campaigns, it can carry a range of cargo either internally or underslung including artillery, light-strike vehicles and more than five tonnes of freight.