In the last 12 months, the Puma Mk2, Merlin Mk2, Chinook Mk6 and both the Royal Navy and British Army Wildcats have all been declared ready for operational use.

As a result, UK forces now have new military capabilities that can be deployed around the world. The Merlin Mk2 is currently delivering vital support in Sierra Leone to tackle the spread of Ebola; the Puma Mk2 is preparing to contribute to NATO’s training and assistance mission in Afghanistan; and the Royal Navy Wildcat is deploying for global maritime operations. 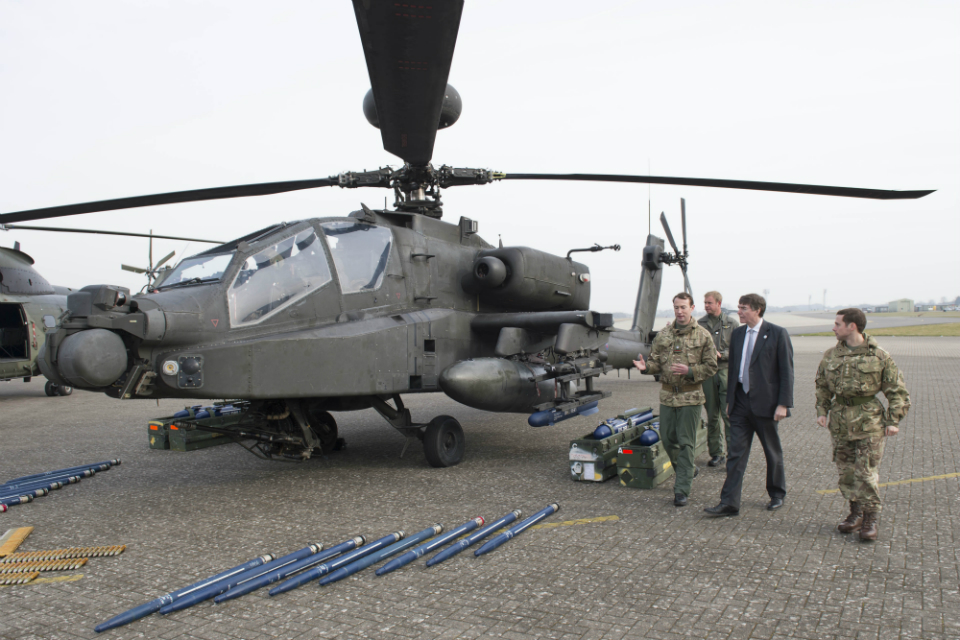 
Along with making huge savings for the taxpayer, the government has invested some £6 billion to sustain and improve our helicopter capability over the last four years. We will continue this investment with a further £11 billion budgeted to be spent over the next decade.

I am grateful for the important role played by industry in these successes, particularly by our helicopter prime contractors. There is no doubt that the work across these businesses and their supply chains has brought huge benefits to the UK economy, with around 4,000 jobs sustained in Britain.
​
Defence Minister Philip Dunne at RAF Benson for helicopter capability demonstration

Also at the event, it was announced that the MOD has joined the 5% Club, pioneered by QinetiQ, a commitment by the Department to ensure that 5% of our work force has young people on structured training schemes. Defence already exceeds the target, and the MOD’s Chief of Materiel (Joint Enablers), Pete Worrall, is one of the Department’s most senior former apprentices after starting with the MOD in 1980.

Pete, who is in charge of Helicopter procurement and support, said:


I am extremely proud of the work undertaken since the agreement of the Rotary Wing Strategy in 2009, to ensure the delivery of major helicopter capability and the transformation of the helicopter support solutions.

This is a complex portfolio that has been executed extremely professionally. As a result, DE&S is providing our Armed Forces with one of the most capable and technologically advanced helicopter fleets in the world.
​
Successes already delivered across the Chinook, Puma, Merlin and Wildcat fleets are providing improved platform performance, mission capability, role flexibility and safety to help support operations across the world.


Our investment and collective endeavours are now beginning to deliver the next generation of battlefield helicopters for UK Defence, and these will enable the Joint Helicopter Command to remain at the forefront, projecting and sustaining key battlefield helicopter capabilities into the future.
​
Commodore Matt Briers Royal Navy, Assistant Chief of Staff Carrier Strike and Aviation, added:


The Merlin and Wildcat HMA are now both fully digital, and as such, are 21st century aircraft for a 21st century Royal Navy. Together these aircraft give the Fleet Air Arm increased capability and as such will make a manifest contribution to the security of the nation to counter threats across maritime spheres.
​
Continue reading...