The contracts, which will create 300 new jobs, will allow for the addition of maintenance, training and logistics facilities to the station in East Anglia, all of which will be dedicated to the next-generation fighter aircraft.

The announcement was made in the same week as the UK met a new milestones on the F-35 programme with the completion of the 10th aft – or rear – section being built for the UK’s fleet.


The F-35 is the most advanced combat aircraft in the world. Whether operating from land or our two new aircraft carriers, they will ensure we have a formidable fighting force.


They are part of our plan for stronger and better defence, backed by a budget that will this week rise for the first time in six years, and keep rising until the end of the decade.
​
The works at RAF Marham have been made possible through three contracts, placed initially by the Defence Infrastructure Organisation (DIO) and totalling £25 million, for demolition and cabling works at the Norfolk site, readying RAF Marham for new construction works.

A £142 million contract between Defence Equipment and Support (DE&S) and Lockheed Martin UK will then allow the construction of three new buildings which together will keep the new aircraft ready for service, provide training facilities for pilots and ground crew, and enable centralised management of the UK’s whole F-35B fleet.

Approximately 300 people will be employed on the construction works, which will be managed by sub-contractors BAE Systems. The buildings will become a place of work for around 250 military and civilian staff when they open in 2018. 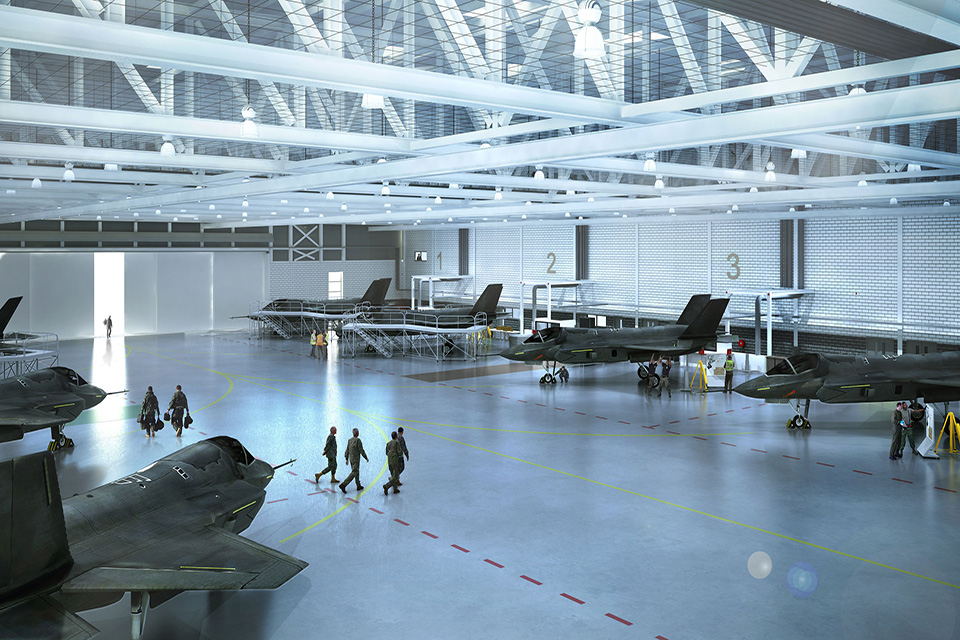 
These facilities are critical to the F-35B Lightning II programme, which is in turn vital to the future capability of the UK’s Armed Forces. The cutting edge technology of these aircraft, supported by world-class facilities at RAF Marham, will ensure we have a battle-winning fleet of jets deployable anywhere in the world.
​
The aft – or rear - sections of every single F-35 are being built by BAE Systems in Samlesbury, Lancashire. Demonstrating further progress on the UK programme, the company has now completed the first 10 aft sections designated to form the airframes of UK aircraft.

More widely, around 500 companies across the UK are involved in the F-35 Lightning II programme. More than 3,000 F-35s are planned for global delivery over the next two decades.