Defence invests £945 million in Welsh industry, supporting more than 6,000 jobs. The Minister visited leading firms befitting from defence work such as Defence Electronics and Components Agency (DECA), Kent Periscopes, Qioptiq and Raytheon, which are all supporting essential equipment to the UK’s Armed Forces.

The crucial relationship between the MOD and Welsh industry was clearly laid out in the recent publication of an independent review published by former Defence Minister Philip Dunne, and has now been showcased to the former Wales Office Minister on his return to the nation in his new role.


Wales is crucial to our world-leading defence industry, our Armed Forces and their future capabilities. The hundreds of millions of pounds we are investing in Welsh firms means the nation can continue making a massive contribution to our safety in the face of intensifying threats across the globe.

The 6,000 workers in Wales’ defence sector can be extremely proud that their entrepreneurship, innovation and skills are ensuring our brave servicemen and women are equipped with the latest equipment and systems so they can protect us at home and around the world.
​
The Minister’s tour of Welsh firms began at DECA Sealand, which will be at the forefront of maintaining the UK’s new supersonic F-35 Lightning Force fighter jets.

The Sealand site will become a global repair hub for the aircraft, providing maintenance, repair, overhaul and upgrade services for F-35 avionics, electronic and electrical components, fuel, mechanical and hydraulic systems. The fighter jet work will sustain thousands of jobs and pump hundreds of millions of pounds into the local economy.

Whilst at the site, the Minister announced that the F-35B Lightning has carried out its first trials armed with UK-built weapons out in the US.

The minister also visited Raytheon, where he had the chance to see the cutting-edge capabilities for the British aerospace and defence sectors. The company’s technology is used in some of the most advanced aircraft surveillance and intelligence systems in existence.

This includes the Sentinel, which is one of the UK’s most advanced manned surveillance aircraft, and the closely guarded Shadow special mission aircraft. The Defence Minister’s visit coincided with the company celebrating 10 years of Sentinel and more than 30,000 operational hours. 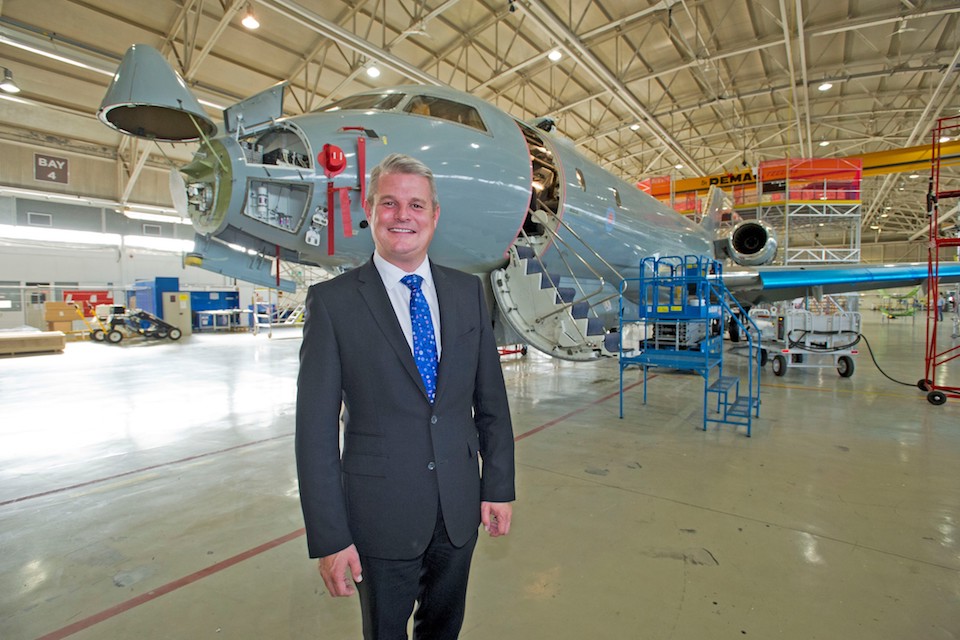 
The Sentinel has proved its enormous worth time and time again, from tracking terrorists in Syria and Iraq, to helping provide overseas aid and even mapping flooding here in the UK.

The fact it has now been on operations for over 30,000 hours not only demonstrates how the RAF are working around the clock to put it to use on behalf of the country, but is a testament to its home here in North Wales.

The workers here in Broughton should be extremely proud of the fantastic work they are doing to ensure this ‘eye-in-the-sky’ continues to collect the crucial intelligence our Armed Forces need to keep us safe.
​
The Sentinel programme has supported more than 200 suppliers across the country, while Raytheon has supported 450 jobs through the supply chain.

On the second day of his tour, the Minister was also given an insight into the important work being done by Kent Periscopes. The company provides the British Army with crucial periscopes for armoured personnel carriers, infantry fighting vehicles and tanks.