Ministry of Defence said:
Exercise Eagle’s Redcap has seen members of 156 Provost Company Royal Military Police training in the harsh environment of Sennybridge in south Wales to be ready for their role in the British Army’s rapid reaction force.
Troops slept, ate and trained in the field throughout the week-long exercise in the rugged hills of the Brecon Beacons and relied on the kit and rations in their backpacks to do their jobs.
The light and fast style of contingency operations is a marked change for troops to adapt to after the heavy equipment and logistic support provided in Afghanistan. 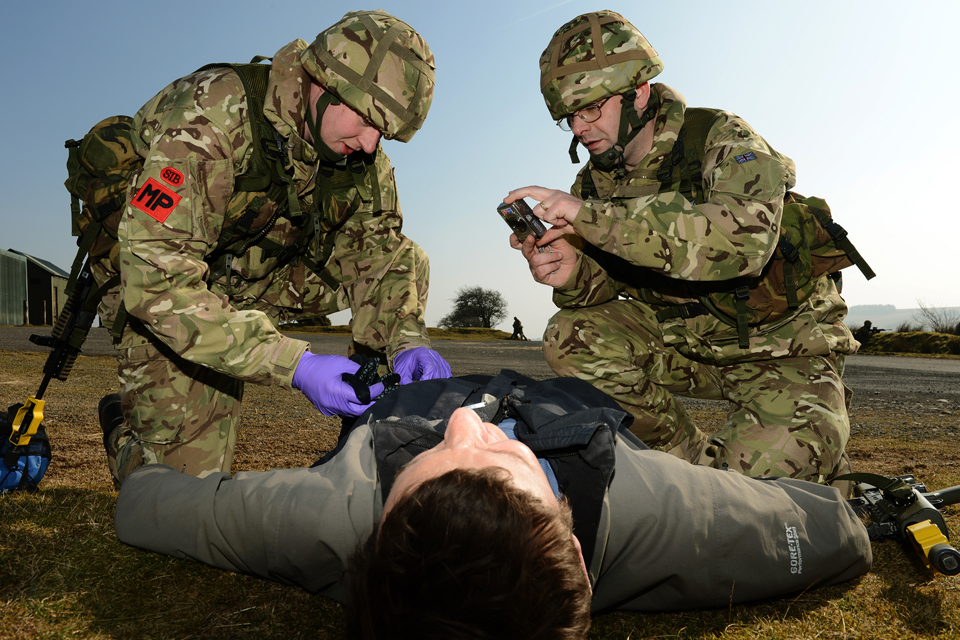 Trained crime scene investigators from the Royal Military Police's Special Investigations Branch process a 'crime scene' [Picture: Corporal Obi Igbo, Crown copyright]The exercise placed the unit in a disputed region, working alongside local security forces to counter insurgents backed by a hostile neighbour. They investigated a ‘massacre’ of civilians, gathering evidence at the scene and following up intelligence, leading up to a helicopter-borne arrest operation.
The training was intended to test the Colchester-based unit in their role of providing policing support to 16 Air Assault Brigade, which maintains a force ready to deploy anywhere in the world at short notice for operations ranging from disaster relief to war-fighting.
156 Provost Company would deploy a platoon as part of this Airborne Task Force, including trained crime scene investigators from the Royal Military Police’s Special Investigations Branch and custodial specialists from the Military Provost Service. 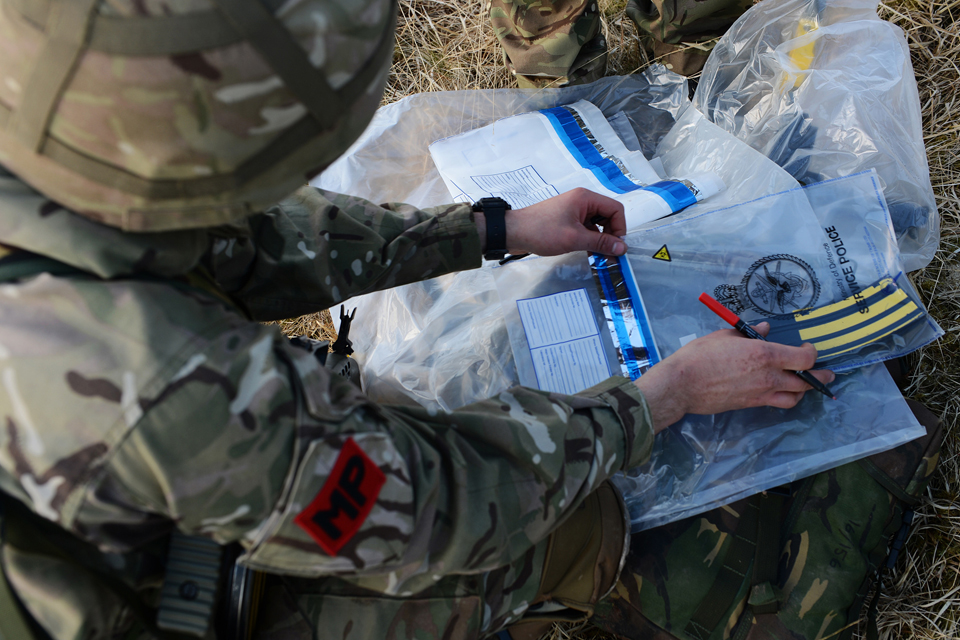 This training is designed to be both mentally and physically tough, to challenge my soldiers to break out of the Afghanistan mindset.
​
In Afghanistan, we’d arrive in a vehicle with 3 trunks of kit to investigate an incident. For contingency operations we need to pare kit back to the minimum and yet still do our job.
​
This exercise has been about working out the policing we can achieve with a notebook, camera, gloves and evidence bags.
​
Among those adapting to the different demands of contingency operations is Corporal Stephen Dixon, who was posted to 156 Provost Company in August 2012 after returning from a 6-month tour of Afghanistan. 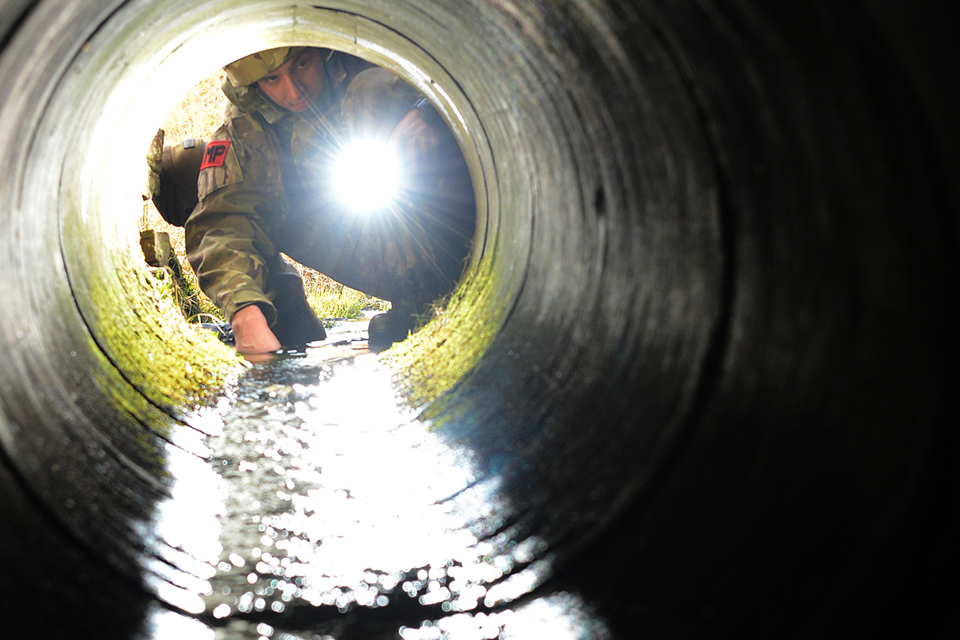 Contingency is all about back-to-basics soldiering and self-reliance. We’ve done a lot of marching, carrying all the kit we need, because there won’t always be transport available, which makes it that bit tougher.
​
Lance Corporal Laura Head said:

I’ve only been in the Army for a year and this is my first real exercise with the unit. It’s been hard work but rewarding to get out and get an idea of what our role would be on operations.
​