The 14 Service personnel attending represented the 139 recipients, Regular and Reservist, honoured in the latest Operational Awards list, recognising the bravery and meritorious service of all three services across the globe.

Amongst them were Lance Corporal Joshua Leakey, 27, of the Parachute Regiment, who has been awarded the Victoria Cross, the premier award for gallantry in the presence of the enemy.

On the 22 August 2013, Lance Corporal Leakey, deployed on a combined UK/US assault led by the United States Marine Corp into a Taliban stronghold to disrupt a key insurgent group.

On leaving their helicopters, the force came under machine gun and rocket propelled grenade fire, pinning down the command group on the exposed forward slope of a hill. For an hour the team attempted to extract from the killing zone; a Marine Corp Captain was shot and wounded and their communications were put out of action.


When you hear there’s a man down, the hairs on the back of your neck stand up. Clearly then your plans change.
​
Realising the seriousness of the situation - and with complete disregard for his own safety he dashed across a large area of barren hillside being raked with machine gun fire. As he crested the hill, the full severity of the situation became apparent: approximately twenty enemy had surrounded two friendly machine gun teams and a mortar section, rendering their critical fire support ineffective.

Under fire yet undeterred by the very clear and present danger, Lance Corporal Leakey ran across the exposed slope of the hill three times to initiate casualty evacuation, re-site machine guns and return fire. His actions proved the turning point, inspiring his comrades to fight back with renewed ferocity. Displaying gritty leadership well above that expected of his rank, Lance Corporal Leakey’s actions singlehandedly regained the initiative and prevented considerable loss of life.


It’s massively humbling to put me alongside other people who have received this award. I’m conscious that there were other men on the ground that day who were doing their job just like everyone does. I see this as a massive honour for the Parachute Regiment as a whole. It is overwhelming. And I think it probably always will be.
​ 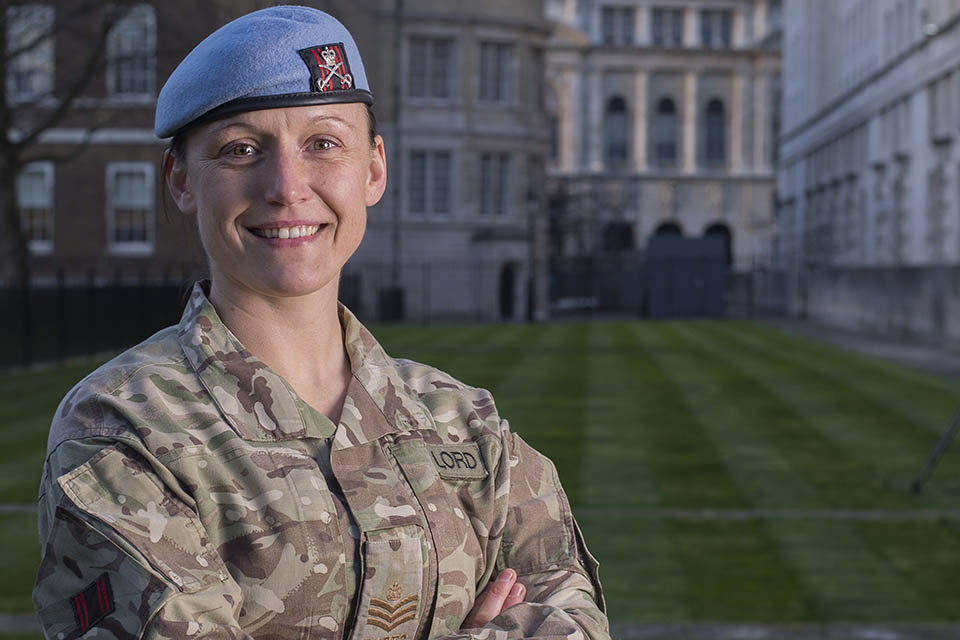 Also in Afghanistan, Staff Sergeant Kate Lord has left a lasting legacy, contributing a significant amount of expertise to further the standing of women in the Afghan National Army. She formed part of the Royal Army Physical Training Corp detachment, mentoring often highly misogynistic young Afghan instructors - some believing that women were physically incapable of running.

Working with determination, Staff Sergeant Lord proved her physical prowess, overturned their assumptions, and won their admiration. Her outstanding contribution was the single-handed development of a female physical training capability at the academy where she ran a course for female Physical Training Instructors, insisting that it be integrated with the men’s. Highly motivated, Lord is relentless in pursuit of excellence and has belied the attitudes of a deeply conservative culture.

But Lance Corporal Leakey and Staff Sergeant Lord are just two of 139 recipients for gallantry and meritorious service. While many of those recognised served in Afghanistan, awards also go to those who have made invaluable contributions to operations across the globe. 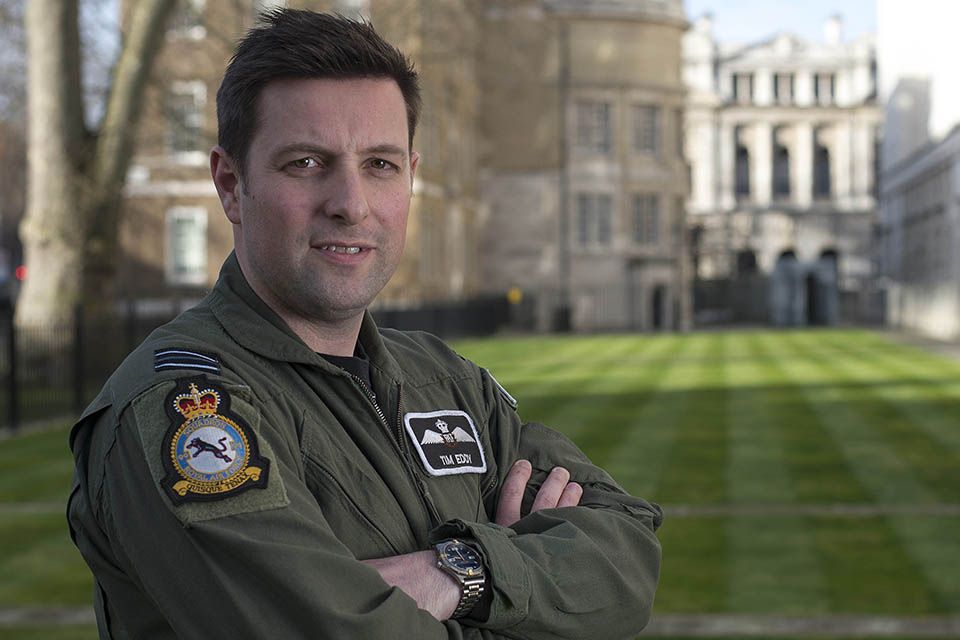 Flight Lieutenant Timothy Eddy has been awarded the Air Force Cross after evacuating 182 people during the escalating conflict in South Sudan in December 2013. Flight Lieutenant Eddy was the captain of an RAF C-17 on a mission to evacuate what was thought to be 45 British nationals from Juba, after fighting between government troops and rebel factions broke out in the African state.

However, it soon became clear the number of civilians wanting to leave was rapidly increasing as the security situation deteriorated, far more than the C-17’s normal maximum capacity of around 100. Ten minutes from landing, Flight Lieutenant Eddy was advised the runway was blocked by a crashed Boeing 737. Running low on fuel and using binoculars to judge the situation as he flew overhead; he decided that around 5000ft of runway was still useable.

Aware of the dangers - but equally concerned for the civilians on the ground - Flt Lt Eddy calculated he could make a steep approach and land with the 737 ahead of him using maximum braking. Following a successful landing, the ground situation was clearly chaotic with far greater numbers of civilians that originally assessed wanting to leave.

Already low on fuel due to the delayed approach, Eddy established he could take an unconventional approach in keeping all four engines running during refuelling. This ‘hot refuel’ allowed all 182 civilians to board and the aircraft to get airborne for Uganda just as the airfield closed for a security curfew. This is just one example of his courage, determination and exceptional devotion to duty where his captaincy, judgement and trust in his crew enabled him to execute outstanding mission command and safely evacuate civilians.


Individually it’s a massive honour and a huge privilege to receive this honour, but more so for the team of seven crew that were with me on the day and also the Squadron. It represents the teamwork and the tenacity that everybody displayed.
​ 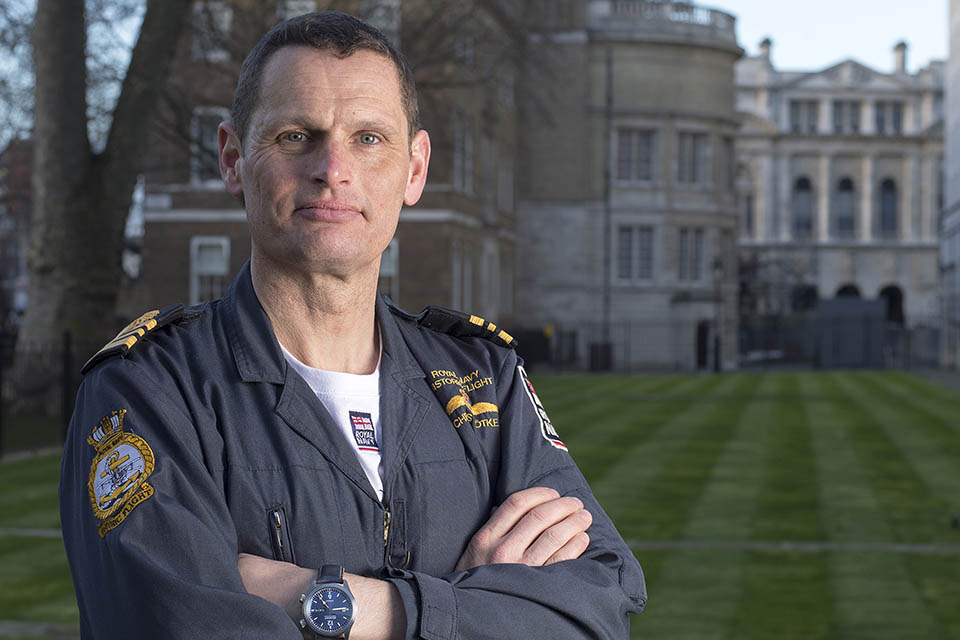 Back in the UK, during a flying display at Air Day at Royal Naval Air Station Culdrose, Lieutenant Commander Chris Götke, the Commanding Officer of the Royal Navy’s Historic Flight, was flying a Sea Fury T20, when part way through the display and while at low level during his aerobatic sequence, the plane’s engine started to lose power.

Responding immediately, Götke attempted to position the aircraft for a precautionary landing. But 10 seconds later the engine failed completely, with 21,000 people watching the Sea Fury billowing smoke and losing altitude rapidly. Götke faced the deeply unenviable choice of abandoning the aircraft and crash landing in a field, or attempting to make the airfield.

Raising the undercarriage to reduce drag and improve the glide range, Götke’s smooth handling avoided disaster and ensured he made it over the airfield boundary, harmlessly coming to rest on the grass. In one of the finest examples of gallantry in the air during peacetime, his extraordinary and instinctive flying skills prevented the very real chance of a catastrophic civilian loss of life and minimised damage to a historically important aircraft.

The outstanding contribution of the Royal Navy to the people of the Philippines in the aftermath of Typhoon Haiyan is also recognised widely today in the honours list.


I’m humbled by the bravery and dedication of these men and women from our Armed Forces. It was an honour to welcome them to Downing St and to hear first hand their own accounts of their endeavours.

The breadth of service recognised in these awards underlines the role our military play around the world. From braving enemy fire on the frontline in Afghanistan to helping children rebuild their lives after Typhoon Haiyan in the Philippines.

From pioneering battlefield medical treatment to rescuing fisherman stranded at sea. And together they highlight just how many people our UK military help to protect both at home and abroad. These people represent the very best of our country - selflessness, determination, courage. And these awards are just a small way to express our gratitude and respect for what they have done.

It is absolutely right that Lance Corporal Leakey has been awarded a Victoria Cross. He epitomised valour with his actions on that hillside in Helmand. When you hear how events unfolded and the intensity of enemy fire, it is difficult to imagine how one wouldn’t be frozen to the spot and yet Lance Corporal Leakey risked his life to run across that barren hillside not just once, but multiple times, to turn the battle and save the lives of comrades. And that is why he deserves the highest honour for bravery the Nation can give.
​
Defence Secretary Michael Fallon said:


I would like to warmly congratulate the Service personnel whose efforts have been recognised today. While these awards can only be for the few who have demonstrated the most exceptional bravery, we should thank all of the Service personnel that have served their country on operations with distinction over the last decade.

The award of a Victoria Cross is a particularly significant event. Lance Corporal Leakey’s heroism was quite remarkable and reflects the very best traditions of the military.
​
Lieutenant General John Lorimer DSO MBE, Colonel Commandant of the Parachute Regiment said:


Lance Corporal Leakey’s exemplary conduct in the face of heavy and accurate enemy fire typifies the spirit and ethos of the Parachute Regiment.

On their behalf and as Colonel Commandant of the Parachute Regiment, I would like to take this opportunity to congratulate Lance Corporal Leakey on this singular and most deserved award. We are exceptionally proud of him.
​
The Commanding Officer of 1st Battalion The Parachute Regiment said:


Lance Corporal Leakey’s actions that day are in the finest traditions of the British Army. He is a deeply professional, quietly proud and very respected soldier whose courage and example espouses everything that is best in the Army’s Values and Standards and those of the 1st Battalion, The Parachute Regiment. We are all immensely proud to serve alongside him.
​
Lance Corporal Leakey’s parents, Mark and Rosie Leakey, said:


We are hugely proud of our son Josh and of the award he’s going to receive. We celebrate the occasion today with Josh’s mates, with his battalion and with the Parachute Regiment.

As Josh’s parents we are so thankful to God that he survived that day – along with many other occasions during his three operational tours in Afghanistan. Our hearts go out to so many other parents whose sons and daughters did not survive that long conflict. ‘You will not fear the terror of night, nor the arrow that flies by day…’ (Psalm 91 v 5).
​
Lance Corporal Leakey’s brother, Ben Leakey, said:


I have always been incredibly proud of my brother, for whom I have the utmost respect and admiration—regardless of the two letters that will now follow his name. In every sense, I have looked up to Josh for as long as I can remember, and will continue to do so far into the future as he returns to service life and his career as an airborne warrior in the Parachute Regiment.

Josh has always known that this was his path in life, but with being awarded the Victoria Cross he has well exceeded even his own expectations. It is an honour and a blessing to be able to enjoy this spectacular moment with him.
​
Continue reading...
You must log in or register to reply here.