The 65,000 tonne future flagship of the Royal Navy has undergone months of preparation work by the Aircraft Carrier Alliance (ACA) to start the first of her four diesel engines, which are directly coupled to the generators.

Minister of State for Defence Procurement, Philip Dunne, officially started the first of the ship’s four diesel generators at the home of the UK’s aircraft carrier programme in Rosyth, Scotland today bringing the ship to life for the first time. 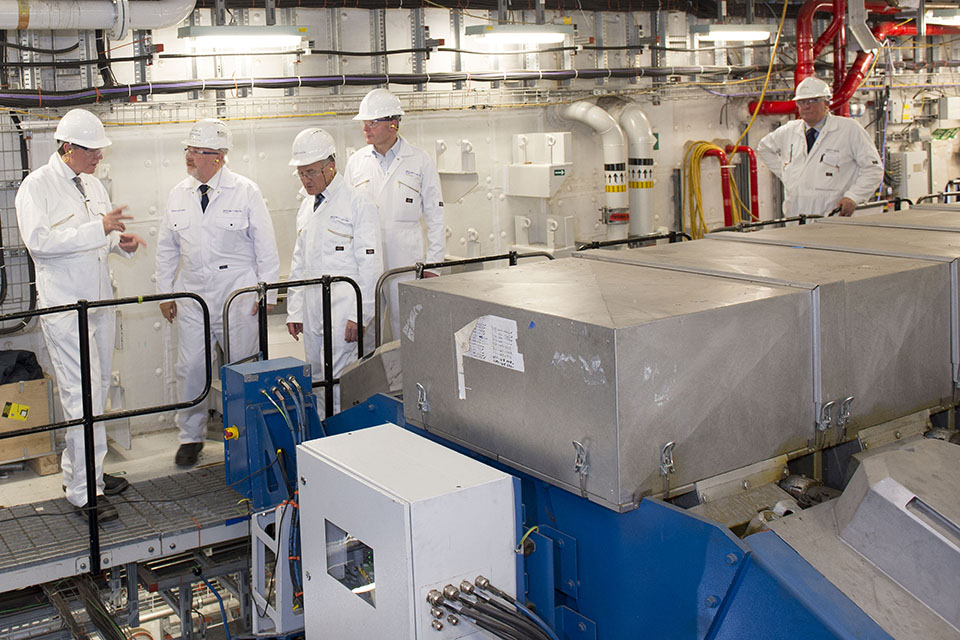 He also announced that BAE Systems has been awarded a £5.5M contract to install a new Vessel Traffic Management System (VTMS) to assist in the controlling and monitoring of all ship movements within Portsmouth Harbour and the Eastern Solent to prepare for the arrival of the carrier, around the end of 2016, beginning of 2017.


It is a real pleasure to be back in Scotland, home of the UK’s shipbuilding industry, to witness the impressive progress that is being made on our new aircraft carriers.

Powering up the diesel generator today marks an important milestone on the journey to bring these highly versatile ships into service with our Armed Forces. They will be the largest, most capable and effective surface warships ever constructed in the UK. The build programme is supporting thousands of jobs across the country, with over 4,000 of those jobs at Rosyth and the Clyde.
​
The diesel generator sets will provide sufficient electrical power to drive the ship at cruise speeds, but when higher speed is required, two Gas Turbine Alternators will also be used. Together they will produce 109MW of power, enough to power a medium-sized town.


Every milestone achieved on HMS Queen Elizabeth brings us a step closer to her becoming an operational warship.

A great deal of hard work has taken place to bring us to this stage and, with good progress also being made on HMS Prince Of Wales, we are moving ever closer towards these magnificent ships joining the Fleet and becoming the centrepiece of Britain’s future military capability.
​ 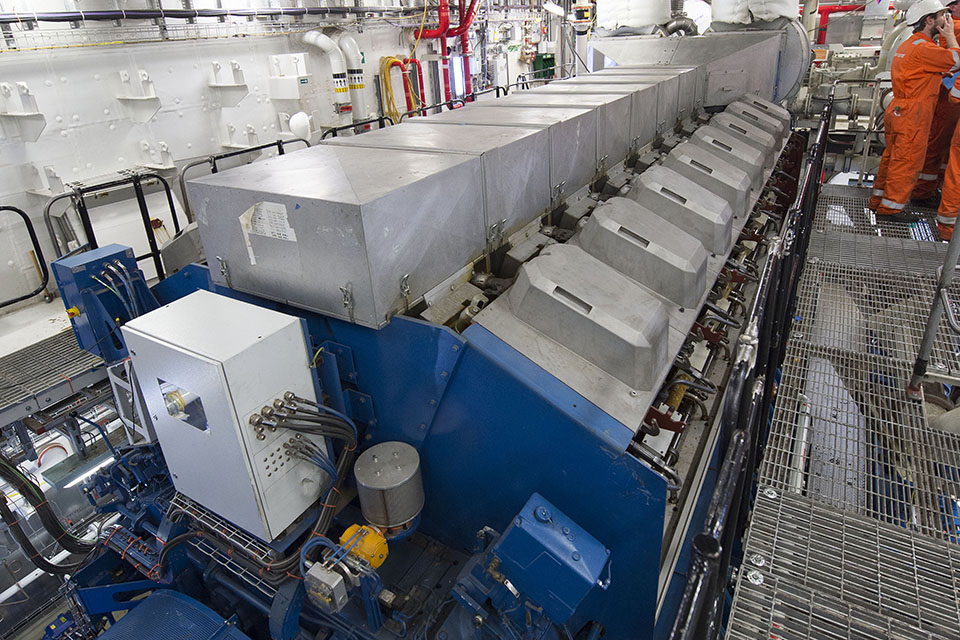 To the end of May 2015, the Ministry of Defence had paid around £3.12 billion to BAE Systems on the Clyde (c. £1.925 billion) and to Babcock at Rosyth (c £1.194 billion) on the QEC programme. Our estimates for the level of remaining work in Scottish yards are currently being updated. QEC work is estimated to support directly some 4,000 jobs and hundreds of apprentices at the Rosyth and Clyde-based shipyards.

The VTMS contract is the latest development in the partnering agreement between BAE Systems, the Royal Navy and MOD to modernise HM Naval Base Portsmouth and prepare for the arrival of HMS Queen Elizabeth.

The new system installation, which is to be completed early 2016, is designed to provide the Queen’s Harbour Master and the Vessel Traffic Service team with the situational awareness they require to control the vessels in their operational area.

Following sea trials (from 2017) and First of Class Flying Trials for helicopters and the F-35B Lightning II (starting in 2018), HMS Queen Elizabeth will undertake a coherent build up towards achieving an Initial Carrier Strike Capability in 2020.

The aircraft carriers HMS Queen Elizabeth and HMS Prince Of Wales are being delivered by the Aircraft Carrier Alliance, a unique partnering relationship between BAE Systems, Thales UK, Babcock and the Ministry of Defence.

Book Reviewer
Who writes and promotes this shite?

I don't often take an interest in the MoD RSS feed for a few reasons.

One, I'm not interested about some contract awarded to feed guard dogs.

Two, because I know SFA about the subject matter and it ties in with reason one.

Three, it's basically a paid propaganda space filler gig written by someone who thinks the same as reasons one & two. I have no doubt they are keen, intelligent and enjoy writing. But I'm not fooled that they are subject matter experts and most importanly it's not an impartial read.

Take this bollocks, you would think the remit was, here's a couple of snaps and write a story. Who honestly thinks the dear Minister Dunne was the first person to start the diesel engine?

Crack on Mr Minister and press that button. When she fires up your hearing will never be the same again. Now you will have a legitimate excuse when guys and girls from the services ask you some probing questions. Officially it will be logged as a first start and champagne all round.

I'm sure the Mr Minister has perfect hearing, his meetings went well, MoD RSS has moved onto some else they know SFA about and some docky is complaining Champers doesn't taste the same as Bucky.

Reminds me of the '60s when Aunty Betty would commission a nuclear power station by moving a big pantomime lever. A big dial on the wall would then show how many MWs of spark juice were suddenly being generated. Loads of blokes in white coats would then start clapping. Ah, simple days.