They joined forces with two Transport for London (TfL) service veterans to record the poems that will be played at: Westminster, Covent Garden, Knightsbridge, Oval, Victoria, Waterloo and Charing Cross London Underground stations. 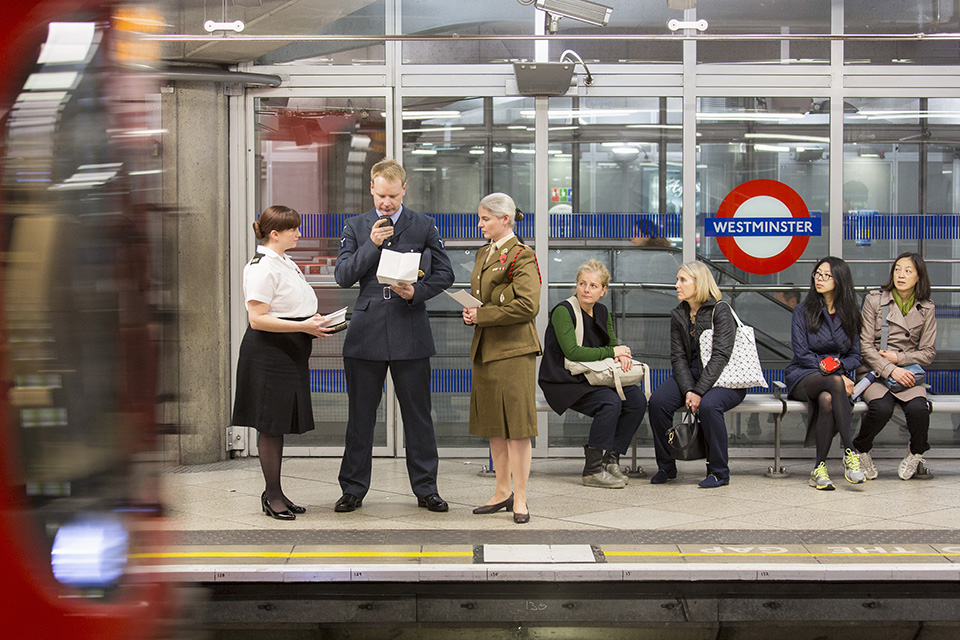 One of the poetry readers, Major Sartaj Singh Gogna who is Chair of the British Armed Forces Sikh Association, said:


To me, Remembrance is an opportunity to reflect on the sacrifices made by the whole Service community and a time to consider how we can live up to the examples of bravery and valour shown by so many courageous individuals. Service personnel continue to serve our nation across the globe and their families and friends often face hardships and sacrifices that few can relate to.
​
Major Singh Gogna is a Senior Instructor of Officer Training for the Royal Electrical and Mechanical Engineers. He has served with the Army for 15 years and has deployed to both Iraq and Afghanistan. On Remembrance Sunday, Sartaj will be escorting veterans from the Undivided Indian Ex-Serviceman’s Association as they march past the Cenotaph. 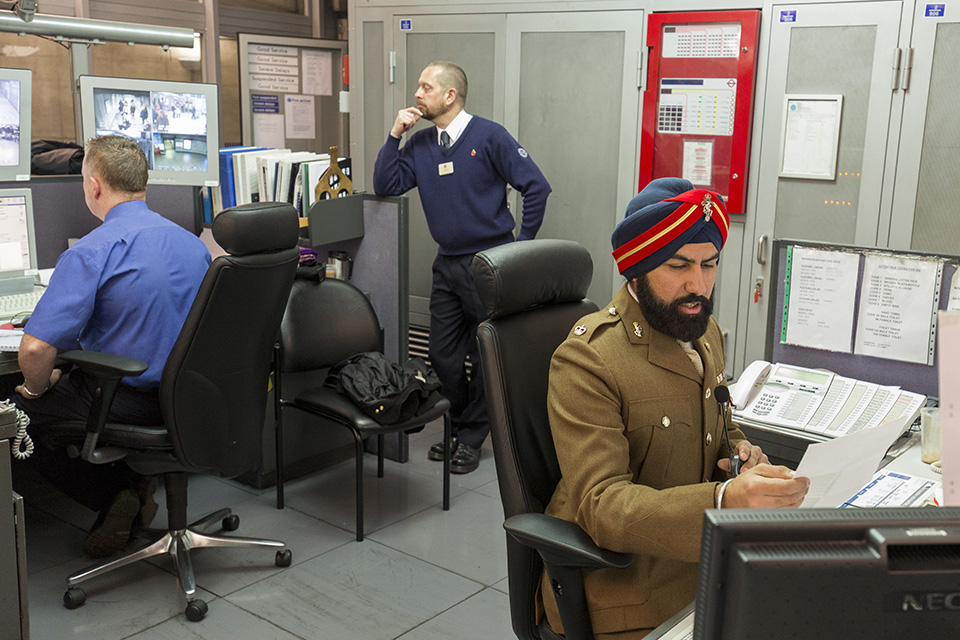 
While writing poetry allows us to express feelings and thoughts we may seldom share, the reading of it enables us to sit and reflect on our experiences. On this day let us take a moment to not only honour those who gave the ultimate sacrifice, but also celebrate the strength of character and resolve shown by their families and friends. Sicut Leonis – Be like lions.
​
Nick Brown, Managing Director of London Underground and Rail, said:


The remembrance period is always a poignant time for us to remember all those who have made the ultimate sacrifice to give us the freedoms we have today. I hope customers appreciate and reflect upon the war poetry that the serving personnel and our very own ex-service members have recorded.
​
On Sunday 8 November 2015, the nation will once again come together for the Service of Remembrance at the Cenotaph in London. Her Majesty The Queen will lay a wreath at the monument, followed by other members of the Royal Family, Prime Minister David Cameron, the Secretary of State for Defence Michael Fallon, other political representatives and defence chiefs. They will be accompanied by serving members of the Armed Forces including marching detachments and military bands ahead of the two-minute silence at 11am.

News story: Over 100 opportunities for ex-service personnel as TfL signs the Armed Forces...

News story: Armed Forces join The Queen as she leads the UK in Remembrance