With an aim of enabling better sustainment of the Armed Forces, LOGNET sought to retain a continuous dialogue between industry and Defence by explaining the challenges which Defence is currently seeking to solve. It highlighted emerging themes where focussed effort was being placed, with the broad spectrum of attendees from across the logistic enterprise providing a useful forum for developing ideas and exploring a breadth of views.


Coming out of the campaigning era, logistics needed to be made fit for purpose and we have achieved that. But Defence is still transforming and we have big challenges. Currently we are supporting 32 named operations in five continents, enabling over 20 training teams, deploying a force out to Ex SAIF SAREEA in Oman later this year, and at the same time maintaining a physical Royal Navy presence in the Pacific.

From this, the question I’ve been asked is how do we make ourselves more deployable and how do we make ourselves more lethal at the far end? The answer is readiness and being materially ready. And this idea of being prepared and responsive to deploy to continental Europe, the Middle East and to the Pacific remains a major challenge for us. Trying to address these issues is why we need to continue to modernise Defence logistics.
​
The General’s introduction was followed by presentations from the j-Hub on how they are attempting to achieve faster procurement, an overview of the North Atlantic Treaty Organisation (NATO) Sustainment Procurement Agency and the benefits it can provide to civilian companies, and briefs from the Concept and Force Development team on potential areas of technology to conduct research and development. The remainder of the conference focussed on two key technologies that Defence Logistic intends on advancing; additive manufacture and logistic information systems. The deep dives on these areas provided useful feedback from delegates on where they could be better developed, whilst drawing together the stakeholders from Defence to create a coherent view of how they will be driven forward in a productive and efficient manner. 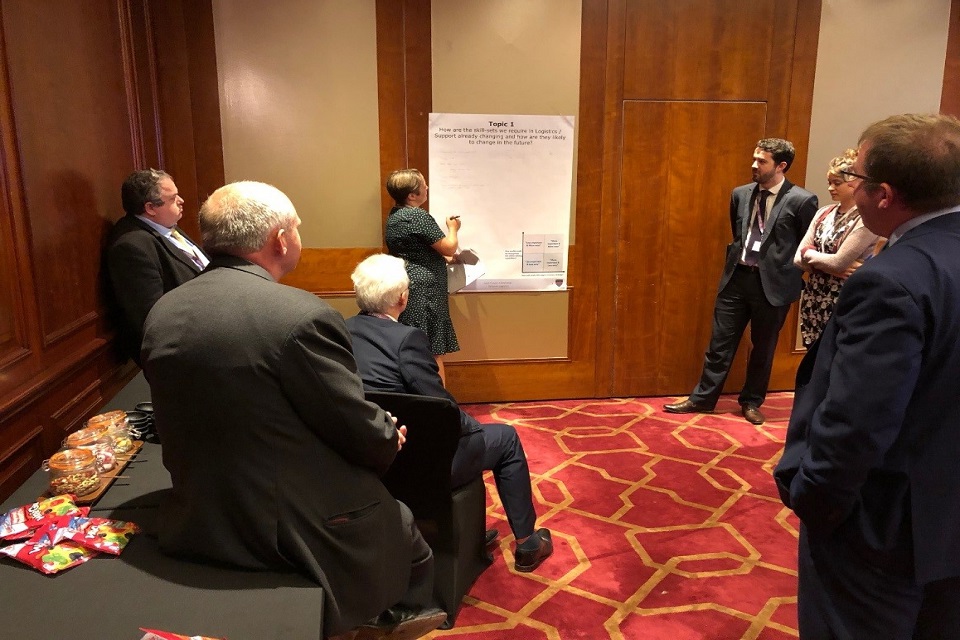 LOGNET 18-1 was fortunate to have two further keynote speeches. The first from Charles Forte, Chief Information Officer for the Ministry of Defence, opened the second day by laying out the challenges for information in the modern age of Defence. Air Vice Marshal (Retd) Matt Wiles provided a different perspective with an industry view of working with Defence, outlining Team Leidos’ success on the Logistic Commodities and Service Transformation Programme.

The outcomes of LOGNET 18-1 will be included in a report to be distributed and fed into a follow-up event later in the year.

18-2 is currently scheduled to be held on 9 October 2018 in London, and those wishing to attend can register at https://lognet18-2.eventbrite.co.uk.

If you would like further information on LOGNET or any of the information briefed at the event, please get in touch with the LOGNET team on 0207 807 8598.