Sailors on board HMS St Albans will be away from their loved ones this Christmas but fortunately for them it will be a much more comfortable experience than it was for their forebears.

Next year marks 100 years since the Battle of Jutland, one of the most significant naval engagements of the First World War, and the anniversary is being marked with a major commemorative event in May.

Living conditions and the nature of operations have come a long way since the First World War. During the Battle of Jutland alone there were more than 100,000 sailors involved on 250 ships. More than 6,000 Royal Navy and 2,500 German sailors lost their lives.

As Christmas approaches, Chief Petty Officer Clinton Hume takes a look at what life is like for him on board HMS St Albans, and how the coming festivities will be vastly different to those of 100 years ago.

Clinton and the rest of his shipmates will be hard at work over the holidays securing the seas in the Middle East. In her short time at sea so far, HMS St Albans has already made two drugs busts in the Mediterranean. Clinton said:


When it comes to life on board ship, matelots (sailors) will always tell you that life is tough! But I’m sure it was a lot harder 100 years ago. It’s likely sailors would still have had hammocks that they’d have to pack away for action. They would have kept their possessions in a ditty box.
​ 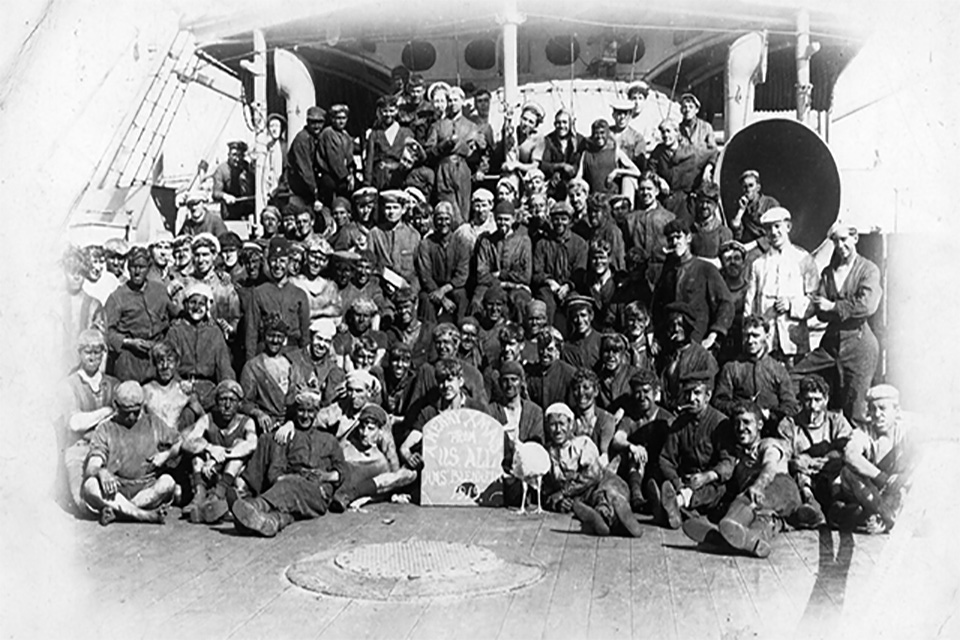 Sailors with a turkey aboard the depot ship HMS Blenheim, Christmas Day, 1919. The ship had re-commissioned at Malta the previous June, having spent much of the First World War as a Depot Ship for the Third Destroyer Flotilla in the Mediterranean. HMS Blenheim was launched in 1890 as an armoured cruiser converting to a depot ship in 1906. (Credit: National Museum of the Royal Navy)

Although conditions are still quite cramped today, I have my own rack (bunk bed) in a shared cabin, a locker and a cupboard to keep my kit in. I can even have my own duvet cover if I want!

The main difference between life on board ship today versus 100 years ago is that everything is a lot more sophisticated. I’m a Stoker (Marine Engineer Artificer) so I work in the engine rooms. Thankfully, the transition from coal to oil had already been made before the First World War, so people in my trade wouldn’t have had to literally stoke the engines, but I’m sure the engines would still have needed a lot of coaxing!

Another difference is messages were sent mechanically from the bridge to the engine room. Today that happens electronically and we have computers that monitor the various systems around the ship from the Ship’s Control Centre. Most compartments also now have telephones and main broadcast speakers to communicate through. I expect 100 years ago they would have had to rely on speaking tubes.

They would also have been at sea for a lot longer than we are. We are currently at the start of a nine-month deployment, which isn’t an easy prospect, but they could have been away from home for a couple of years at least. With email and welfare telephone calls we can contact home almost instantly – most of the time. A century ago they would have had to rely on letters that could have taken months to arrive, so that’s a considerable improvement.

When it comes to Christmas I read somewhere that it was quite regulated 100 years ago. There would have been a compulsory church service in the morning and then the Captain and officers would go round each mess deck, sitting at each dining table to sample the food.
​ 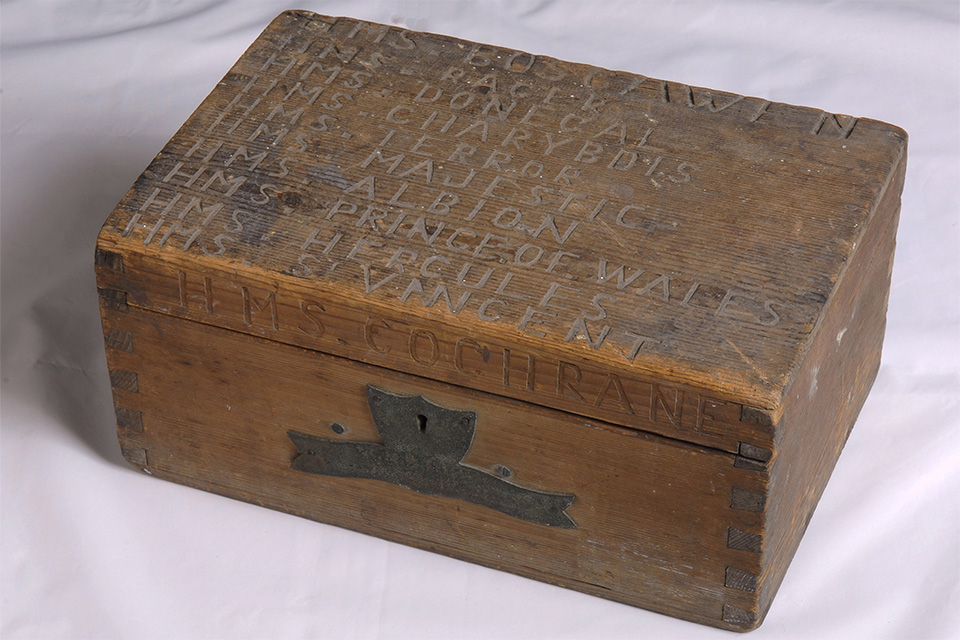 Ditty box owned by Sergeant Edward Furlong Royal Marines Light Infantry. He served between 1901 and 1927 and used this ditty box throughout his career. It has been crudely engraved with the ships he served on during this time. (Credit: National Museum of the Royal Navy)

I’m pleased to say our Christmas at sea will be much less formal. As we’ll have a Chaplain on board for Christmas there will still be a service in the morning that I’ll be going to, but attendance is voluntary now. Then when it comes to lunch, the tradition these days is for the Captain and officers to act as stewards and serve Christmas lunch to the Ship’s Company.

Everyone will be wearing party hats and Christmas jumpers, so it should be a good laugh. We’ve all decorated our messes (living spaces) with Christmas lights and tinsel, so it will feel quite homely even though we will be so far from home.
​ 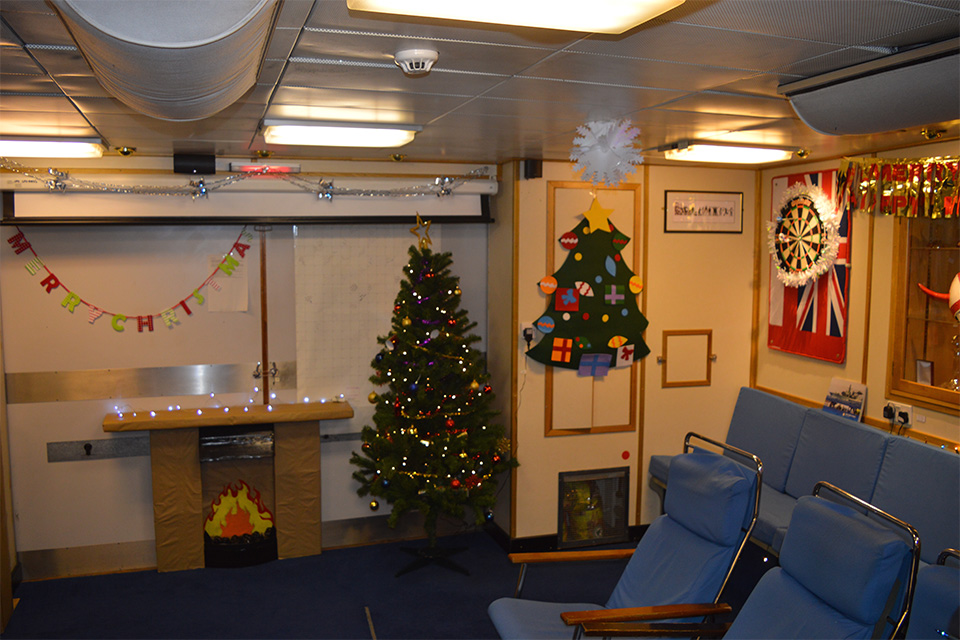 From all of us on board HMS St Albans, we wish everyone back home a Merry Christmas and a Happy New Year.
​
HMS St Albans, a Portsmouth-based Type 23 frigate, recently set sail for the Middle East to begin a nine-month deployment.

Descendants of those who served at sea in the First World War are invited to take part in commemorative events marking the 100th anniversary of the Battle of Jutland. To find out how to apply click here.

Granny may be the op should speak to you about Very old navy?
You must log in or register to reply here.

News story: Troops send their loved ones messages for Christmas