The next-generation transport aircraft took off from the assembly plant in Seville, Spain and landed at its new home at RAF Brize Norton in Oxfordshire last night following the two and a half hour flight.

The aircraft is the third of 22 A400M Atlas to be accepted by the UK as part of a £2.75 billion programme which is on track to meet the UK’s future air mobility requirements.


Having now undertaken and completed thorough checks on the UK’s A400M aircraft, I am satisfied that we have fulfilled and allowed for the safe delivery of this third aircraft.

We are very mindful of the recent tragedy in Spain and our thoughts remain with the families and friends of those affected by these terrible events.

This world-class aircraft will have an important role to fulfil with the Royal Air Force (RAF) and the programme is at the forefront of modern technology and the RAF is looking forward to receiving its full order in due course.
​
Prior to a pause in flying in May/June, the first two A400M Atlas to be delivered to the RAF completed over 405 flying hours, with the first aircraft - named “City of Bristol” - carrying out its first operational mission to Cyprus in March.

The RAF is now developing the use of the aircraft whilst continuing to grow the experience of the aircrew instructors, before they begin to train the crews destined for the A400M Atlas Squadron later this year. 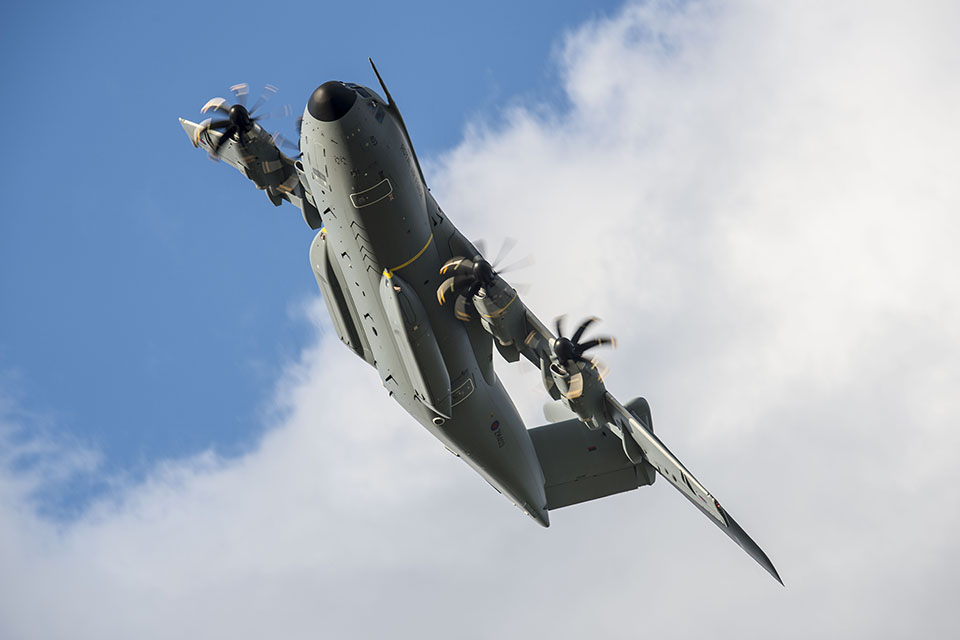 The third A400M Aircraft delivered to the RAF arrived on a glorious sunlit evening into Brize Norton.

The new fleet of A400M Atlas is due to replace the C-130 Hercules when it goes out of service in 2022. Over the next three years the aircraft will be equipped with advanced capabilities that will see it progress into a highly capable air transporter that will move people and equipment rapidly around the globe on military and humanitarian operations.

Introduced with the basic level of capability currently required by the RAF, over the next 12 months A400M will be capable of delivering a wide range of loads, as well as carrying out free fall and static line parachuting.

The aircraft will initially take part in low level operations as it builds up to meet all of the UK’s requirements, which once complete will include high altitude aerial delivery and parachuting, high precision drop and advanced self defence capabilities.