Ministry of Defence said:
Involving more than 40 warships, 40 fixed-wing aircraft and 30 helicopters from the UK, the Netherlands, Canada, France, Denmark, Belgium, Norway, Poland, Sweden and Germany, over 12,000 personnel are taking part in Exercise Joint Warrior.
Getting the twice-yearly exercise underway, 7 warships from the UK, the Netherlands and Canada sailed in formation yesterday from the east coast of Scotland round to the west where they will join up with the rest of the task group today.
Events began on Friday at Barry Buddon beach in Barry, Carnoustie, where Royal Marines from 42 Commando launched an aviation assault to practise landing on the shores of a hostile nation and being ready to fight.
Viking vehicles were also brought onto the shore via landing craft from HMS Bulwark, demonstrating how equipment and support could be made available to the marines landed from the air.
For the Commander of the UK Task Group based on HMS Bulwark, Commodore Paddy McAlpine, this is a chance to put into practise lessons learnt from the Royal Navy’s key exercise last year, Cougar 12. 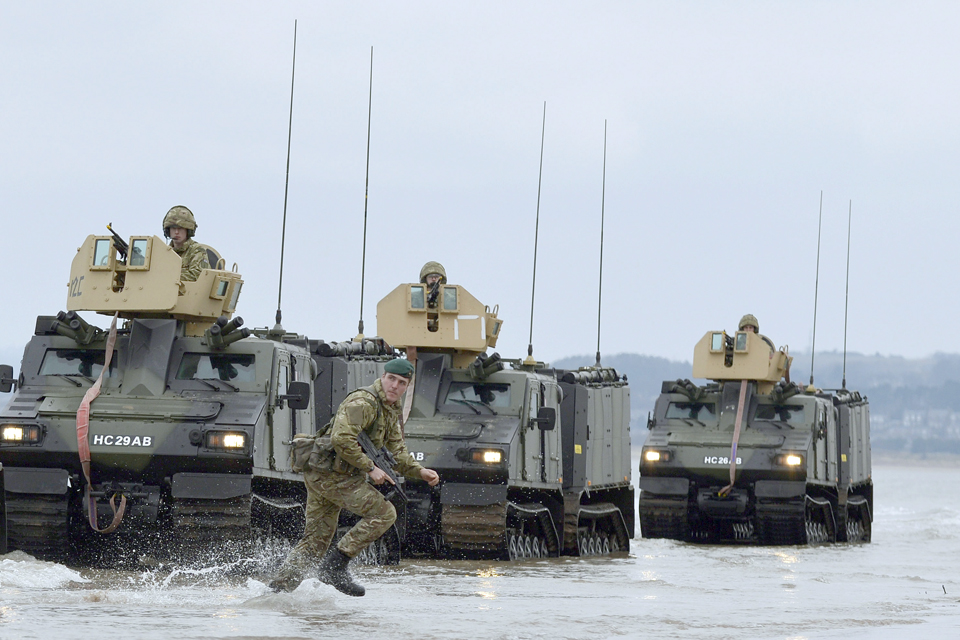 During Joint Warrior we will practise fighting at sea as well as fighting from the sea. We’ll practise against a demanding air, surface and submarine threat, entering a hostile environment and then deliver our landing force of Royal and Dutch marines to the right area.
​
Exercises such as Joint Warrior provide us with the scale, diversity and pace that we need to maintain our capability as the naval contingency element of the Response Force Task Group.
​
The Royal Navy has more than a dozen warships and submarines taking part, including Plymouth-based fleet flagship HMS Bulwark, HMS Sutherland, HMS Montrose, survey ship HMS Echo and submarine HMS Talent.
Portsmouth-based vessels include helicopter and commando carrier HMS Illustrious, which has spent much of the early part of 2013 carrying out aviation training off the west coast of Scotland, Type 45 destroyer HMS Diamond, HMS Westminster and HMS Richmond. 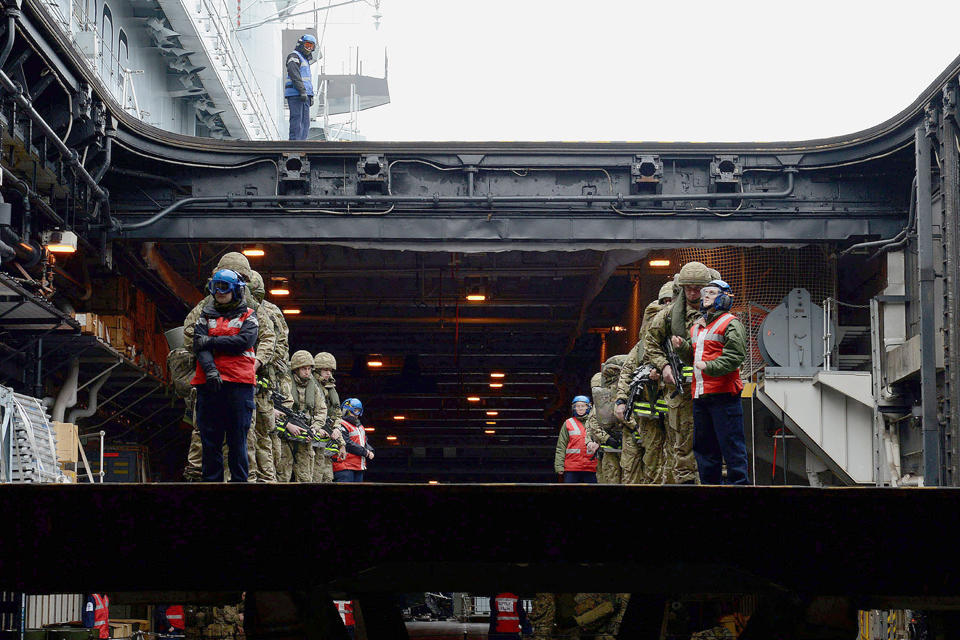 Royal Marines from 42 Commando rising to the flight deck on board HMS Illustrious during Exercise Joint Warrior [Picture: Leading Airman (Photographer) Jason Ballard, Crown copyright]A small group of minehunters (HM Ships Brocklesby, Hurworth, Pembroke and Grimsby) will be providing the mine countermeasures capability and Royal Marines from the 42 Commando Group, operating as part of 3 Commando Brigade, will provide the amphibious landing force.
The scenarios employed will cover a broad range of circumstances including evolving crisis and conflict situations which cover disputed territory, and conventional and non-conventional maritime and amphibious threats such as counter-piracy and terrorist activity.
The scenarios will develop over 2 weeks, increasing in tension and uncertainty into simulated operations and potential state-on-state hostilities.
Aerial support will be provided by RAF Chinooks and ‘Junglie’ Sea Kings of the Yeovilton-based Commando Helicopter Force, plus Sea King Airborne Surveillance and Control helicopters from Royal Naval Air Station Culdrose in Cornwall, as well as the Lynx and Merlins of the destroyers and frigates taking part.