The MDP deployments involved close co-operation with the various Home Office Police Forces that had requested support, and with the 1,000 military personnel who were mobilised at the same time.

In the first 24 hours following the activation of Operation Temperer, MDP officers were deployed to support 8 police forces across England and Wales. This number increased to 18 over the Bank Holiday weekend, with up to a quarter of the force’s total strength of Authorised Firearms Officers deployed to provide reassurance to the public at a variety of iconic sites, crowded places and public and major sporting events around the country.

The busiest day for the MDP was Saturday 27 May, when the force supported policing operations at 60 public events across England and Wales, including high profile music concerts, festivals and sporting occasions. 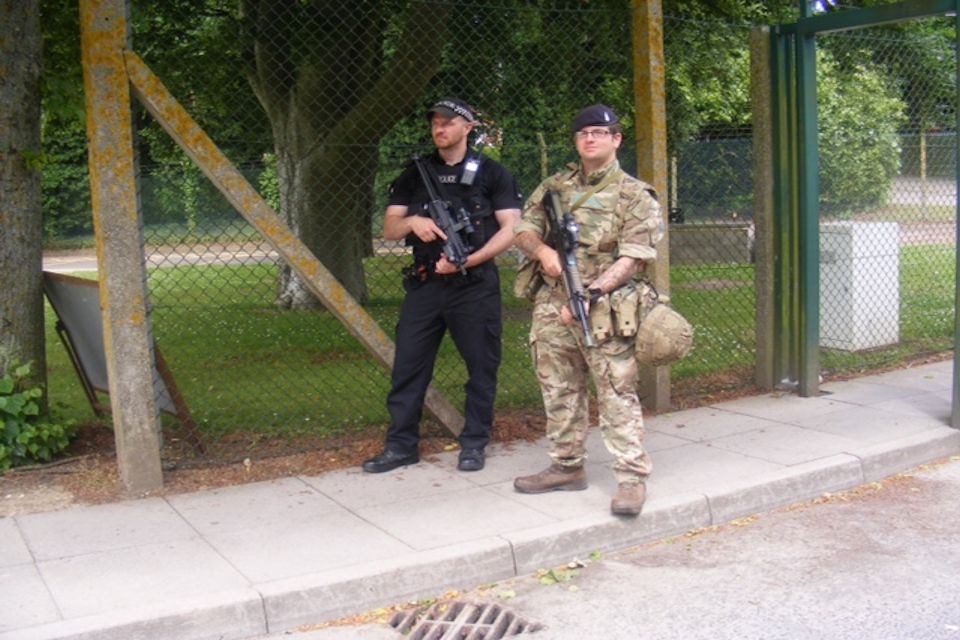 Joint patrol at Porton Down. Photo: Ministry of Defence Police. All rights reserved

The police forces who received support from the MDP ranged from the Metropolitan Police Service in London to Dyfed-Powys in Wales, and from West Mercia to South Yorkshire, a response described by MDP Gold Commander Assistant Chief Constable Paul McLaughlin as ‘extraordinary’. He said:


We responded exceptionally well. The professional manner and attitude of our officers and staff was first class. We provided very large numbers of officers in response to what was requested, and the transition at local level in terms of military personnel back-filling for the MDP also went very smoothly.
​
Advance planning was key to the success of the MDP deployments, together with solid liaison with the National Police Co-ordination Centre and the Operations Directorate, he added. 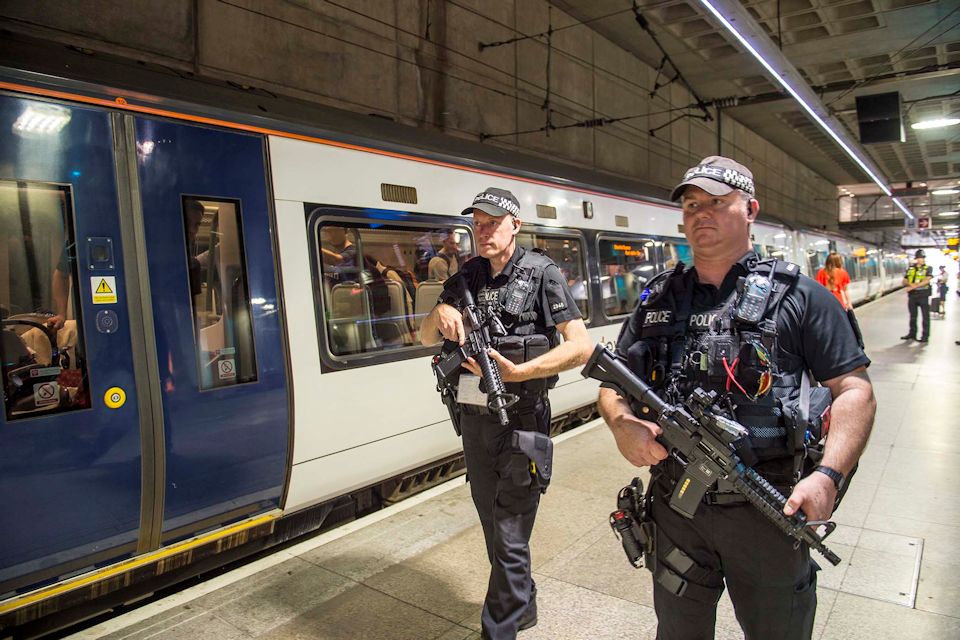 
The MOD response to Operation Temperer has been impressive and I know that the wider department will be expressing their own support for what their colleagues have been doing. I would like to take the opportunity to recognise the important role MDP officers and staff undertake through our dual focus at times like this: our role within the MOD and that of delivering a policing service which can be called upon outside of the department.

Critical incidents always generate the ‘can do’ attitude in those who are operationally focused; people put themselves out, are prepared to endure long hours and simply want to get on with the job. For these people, public service overrides personal interests and other commitments.

I saw many examples of that throughout this operation. There has been an enthusiastic approach to ‘getting the job done’ and I, for one, am extremely grateful for the commitment of everyone involved.
​
Continue reading...

News story: Andy Adams appointed as the Chief Constable of the Ministry of Defence Police