News story: Judy: The Dog who became a prisoner of war

She saved countless lives, survived sinking ships and spent several years in internment camps – so it’s little wonder Judy the dog became one of the most famous and unlikely heroes of the Second World War.

The pure-bred liver and white-coloured pointer stole the hearts of the nation in 1945 when news of her exploits and time served as an official Prisoner of War were revealed to the public. She returned to Britain, along with thousands of Allied troops, following Victory over Japan Day (VJ Day), which is being remembered this year on 15 August for the 70th anniversary.

Judy was the ship’s mascot on board the gunboat HMS Gnat in 1936, part of the defence fleet in the Far East. Animals would often be adopted by warships as mascots to help with security, pest control and companionship for those on board. Initial attempts to train Judy as a gundog for shooting parties ashore were a failure and she would often end up falling overboard, forcing the ship to come to a stop to retrieve her.

But before long Judy proved her worth to the ship’s company. She alerted the sailors to the presence of river pirates, who would have done them harm in the darkness, and could point out the approach of hostile Japanese aircraft using her superior sense of hearing.

Years later, Judy transferred to the gunboat HMS Grasshopper, which in 1942 was attacked by Japanese aircraft forcing all those on board to abandon ship and head to the nearest land – an island in the South China Sea.

With no fresh water supply to be found, the situation looked grim for the survivors of HMS Grasshopper and HMS Dragonfly, another British ship whose sailors ended up stranded on the island. But once again, Judy’s instincts saved the lives of her compatriots.

Leonard Walter Williams, a British seaman who served on board HMS Grasshopper, recalled his memories of Judy in an interview for the Imperial War Museum.


We landed on the island and naturally water was short. Judy was lost one day and we couldn’t find her so we went to search for her and she had found a patch where she dug a big hole and she had found fresh water for the survivors of the Dragonfly and Grasshopper.

Judy was a saviour then. She was a marvellous life-saver.
​
Judy and the men trekked for hundreds of miles in a bid to reach safety at Padang in Sumatra, but missed the last evacuation ship as the Japanese were due to invade the city at any moment.

At the arrival of the enemy forces, the survivors of the bombing of the Grasshopper were taken into custody as Prisoners of War – along with Judy – and taken to a camp in Medan, in North Sumatra. 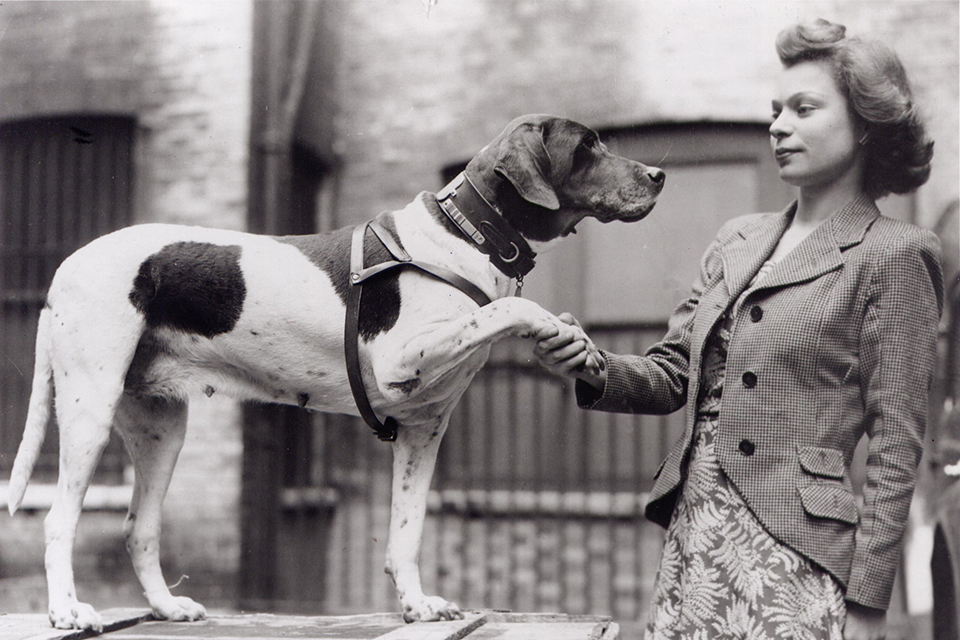 It was at this camp in Medan in August 1942 that Judy bonded with Leading Aircraftman Frank Williams, from Portsmouth. The young British sailor shared his meagre rice ration with Judy and from that moment she never left his side.

Judy protected Frank and the other Prisoners of War by distracting the camp guards when they were dealing out punishment to their captives.

Later, the Prisoners of War were told they would be heading to Singapore on board the SS Van Warwyck – but the Japanese would not allow Judy to board the boat with them and ordered she be left behind.

Leonard Williams, of no relation to Frank, recalled:


We weren’t going to have that happen. Judy had been with us all that time.

So we had a sack and we would train her to hop in the sack at a given signal and then we would put her on our shoulders. Judy was put in the sack and we carried her on board.
​
The next day, on 26 June 1944, the SS Van Warwyck was torpedoed by a British submarine, unaware the vessel was being used to transport Allied prisoners of war. Of the estimated 700 prisoners on board, 500 were killed – but amid the fires and wreckage, Judy emerged unscathed.


When we were torpedoed we heeled over and luckily Judy was by a port hole.

We opened the port hole and Judy was pushed through and she ran down the ship’s side.

Quite a few of us were lucky to get out at that particular time. A lot of people owe their lives to Judy. She was pushing pieces of wood towards people who couldn’t swim.
​
Eventually the survivors swam towards a Japanese tanker and climbed up the nets on its side. Judy too was hauled aboard, but the Japanese guards were not happy to see the dog, who they knew should never have been on board the ship. They declared they would have her killed as soon as they reached land.

However, as the execution was due to take place, the former commander of the prisoner of war camp they have travelled from in Medan intervened. He had taken a liking to Judy and to ensure her safety, ordered she be listed as an official Prisoner of War – making her protected from execution and eligible for rations.

Judy was reunited with Frank and remained with him throughout the war, surviving several camp moves as well as gunshot wounds, alligator bites and attacks from wild dogs before the Japanese surrender in August 1945. 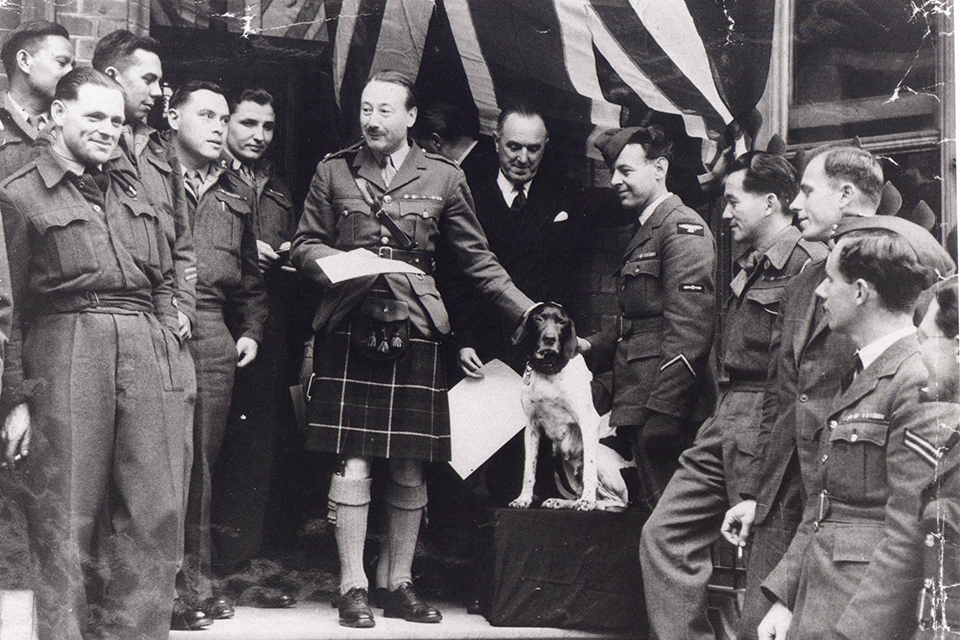 Once back home in Britain, Judy was met with national adoration. She was presented with the PDSA Dickin Medal – known as the animals’ Victoria Cross – which is the highest honour an animal can receive. It recognises the bravery and devotion shown by animals serving in time of military conflict.

She received a citation that would make any human soldier, sailor or airman proud. It read: “For magnificent courage and endurance in Japanese prison camps, which helped maintain morale among fellow prisoners and also saving many lives through intelligence and watchfulness.”

Judy remained with Frank and died on 17 February 1960. She was buried in Tanzania, where Frank was working at the time. As a last tribute to his companion, Frank built a monument at the grave and attached a large metal plaque, which records the history of Judy’s life and all her daring feats.

Members of the public are being encouraged to support this anniversary by lining Whitehall in Central London to watch a spectacular flypast of historic and modern military aircraft, view the drumhead service taking place in Horse Guards Parade on big screens, and cheer on the veterans as they parade supported by military bands and current personnel.

Visit VJ Day 70 for more information about the event and how you can take part. You can also join the conversation online by following #VJDay70.


Since the first Dickin Medal in 1943 the PDSA has conferred the award on almost 100 animals including dogs, pigeons, horses and a cat.


During the Second World War, dogs were recruited by the Armed Forces to serve on patrol and as guards. Ships would also often have animals on board as their mascots. The Second World War also saw the first use of mine detection dogs in the British Army. In total, the Army and Ministry of Aircraft Production employed around 3,500 dogs for guard, patrol and mine detection duties.

Military working dogs continue to serve a role today, ranging from the detection of explosives, weapons and drugs to the defence of military personnel and property.

There is a memorial in Hyde Park, London, to animals involved in conflict called the Animals in War Memorial. It was unveiled in November 2004 by Her Royal Highness The Princess Royal.