In his February 2015 harmonising airworthiness article, Air Vice-Marshal Martin Clark, Director (Technical) MAA, described how harmonising airworthiness regulations amongst military allies could lead to significant benefits in procurement whilst also delivering cost savings. He offered the example of the potential to considerably reduce time and cost in the certification of modifications on Eurofighter Typhoon. As described in the harmonising airworthiness article, this opportunity would follow the implementation of European Military Airworthiness Requirement (EMAR) 21 within the national regulations of the core Typhoon nations (Italy, Germany, Spain and the UK), coupled with the National Military Airworthiness Authorities (NMAAs) of those nations conducting activities to determine whether they each work in an acceptable and recognisable manner – the Recognition process.


The Authority is authorised to register aircraft and maintain a national registry.
​
Completion of the MARQ requires the NMAA to self-assess which of the tasks described in the airworthiness safety goals it undertakes. Completing the MARQ is often a valuable experience in itself as it allows an NMAA to check its scope of regulatory responsibility against an internationally agreed framework (especially as the MARQ is based on International Civil Aviation Organization (ICAO) documents). In addition, completing the MARQ in such a way that someone from outside your NMAA (for whom English may not be their first language) understands how you operate can often be a challenge. The Italian, German, Spanish and UK MARQs were completed by spring 2015 and then circulated amongst the other nations in order to allow a period of study prior to audit. Conscious of the pace of work necessary to achieve Recognition by January 2016, and that the other NMAAs would be unable to support audits during August 2015, the decision was made to invite the Italian, German and Spanish NMAAs to visit the UK in July 2015. Teams from these nations spent 3 days at Abbey Wood learning how the UK MAA functions as a Regulator, with a particular focus on the Design Approved Organization Scheme (DAOS) and the certification process described in RA1500: certification of UK military registered air systems. This visit could not have taken place without support from all MAA divisions and resulted in a very comprehensive account of ourselves. It was also impressive to see the level of understanding which the other NMAAs had of our business, based not only on our MARQ submission but also from the MAA internet website. 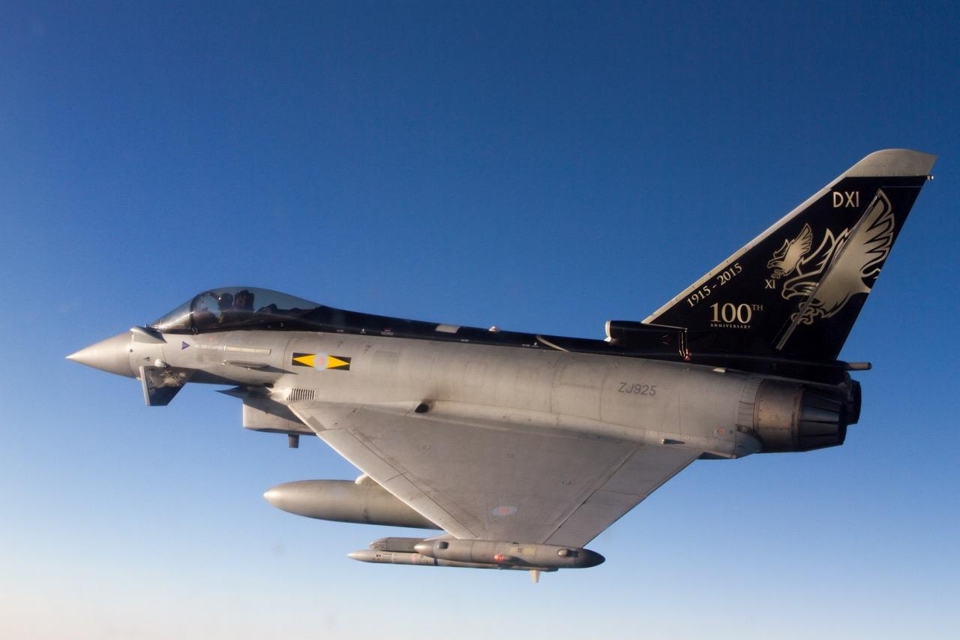 Inviting the other nations to visit the UK MAA first allowed more time to review their MARQ submissions. A small team of subject matter experts (SMEs) from across the MAA spent part of their summer reading how the other NMAAs functioned, and how this compared to our way of working. As only 3 members of the MAA would be visiting each of the other NMAAs, it was essential that they could represent all those areas which were within the scope of the Recognition activity. September 2015 saw 3 day visits to Italy, Spain and Germany which were almost entirely filled with PowerPoint presentations describing, in considerable detail, how each NMAA operated.

It was particularly interesting to see how each NMAA differed from our own. Although the German Luftfahrtamt der Bundeswehr (LufABw) was only formed at the start of 2015, it was built on over 40 years’ experience of type certification of aircraft which began when they experienced dozens of fatal accidents involving the F104 Starfighter during the 1960s and 1970s. This focus on type certification remains a driving element of the LufABw today. The single regulatory authority for all airworthiness issues in the Spanish Armed Forces is the Dirección General de Armamento y Material (DGAM). However, it does not perform all the functions of the UK MAA; for example, the Spanish military aircraft register is controlled by the Spanish Air Force. In addition, DGAM relies on a commercially oriented public institute known as the Instituto Nacional De Tecnica Aerospacial (INTA) to provide technical expertise. INTA also represent DGAM at many meetings and are often erroneously believed to be the Spanish airworthiness regulator. Italy has both an aviation authority within the Air Staff and an independent airworthiness authority called the Direzione degli Armamenti Aeronautici e per l’Aeronavigabilità (DAAA). The DAAA can trace its history back to the 1940s, and not only regulates Italian military aircraft but also those aircraft belonging to the Carabineri, civil police, coastguard and border force. The DAAA also has some responsibility for procurement, although there are separate project offices responsible for each platform.

The link between project office and airworthiness authority was one which the other nations focussed on particularly when they visited the UK. In Italy, Germany and Spain the NMAA and project office are separate and in Germany, as with the UK, in different command chains. As such, the nations were very interested in how UK Type Airworthiness Authorities (TAA) were permissioned to act on behalf of the MAA, e.g. in certifying minor modifications, approving technical publications and issuing urgent airworthiness instructions, and how the UK MAA maintained sufficient oversight to ensure that this role did not conflict with their project delivery responsibilities.

Each visit required a comprehensive report to be produced afterwards which described the NMAA’s organization, functions, regulations and processes, with a specific focus on certification. These reports were intended to deliver sufficient information for the Director (Technical) MAA to decide on formally Recognizing the other NMAAs as competent Regulatory Authorities, as well as providing handy guides for individuals who will be dealing with the NMAAs in the future. Following his review, Air Vice-Marshal Martin Clark approved the Recognition of the DAAA, DGAM and LufABw as competent authorities in the fields of airworthiness assurance, certification and design organisation approval. Just as important, the other regulators also agreed to Recognize the MAA and the other NMAAs as competent authorities. 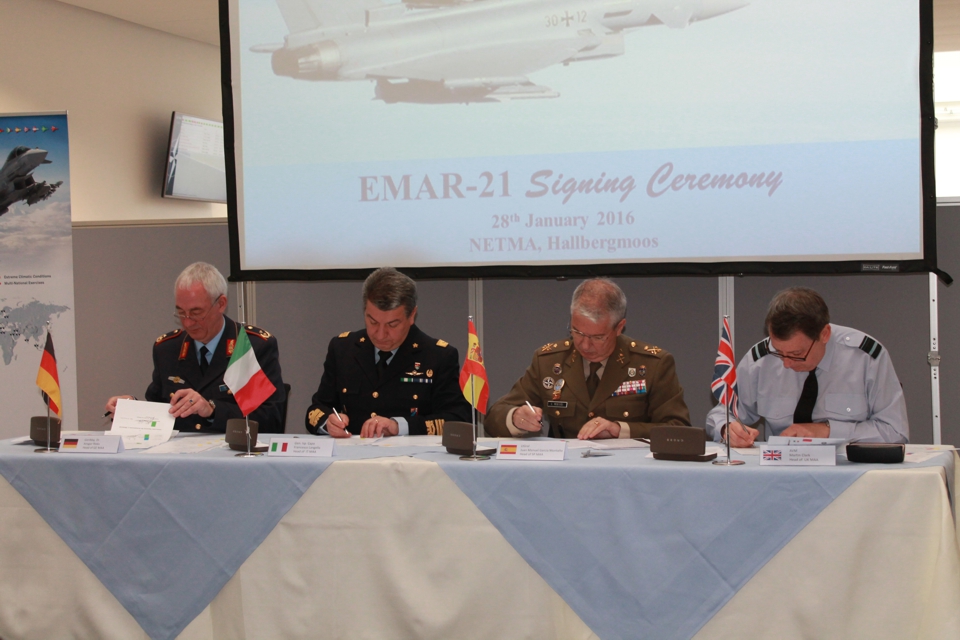 To mark the achievement of Recognition between the four nations, a ceremony was held in Munich on 28 January 2016 when Air Vice-Marshal Martin Clark met with Major General Francesco Langella of the DAAA, Major General Dr. Ansgar Rieks of the LufABw and Lieutenant General Juan Garcia Montano of the DGAM to sign the necessary certificates. This Recognition creates the potential for one NMAA to use artefacts (such as Design Organization Approvals or certification evidence) that have been granted by another NMAA, thereby reducing or avoiding the need to duplicate future work on the Typhoon programme. The exploitation of Recognition will be covered in more detail in a future issue of the MAA Flyer.

This is a travesty of a news release. Complete gobbledegook. News releases are supposed to explain information, and not simply regurgitate acronyms.

And there is absolutely no reference to the Regulating Branch ( or whatever it's called today) let alone to a Master At Arms.

News story: Formation of Defence Safety Authority (DSA): what this means for the MAA