A British soldier from Wrexham who was seriously injured in Afghanistan spoke to staff about his injury and recovery, to help them better support service leavers and advise potential recruits.

Fusilier Shaun Stocker, who lost both legs above the knee after stepping on an IED in Afghanistan in 2010, spoke to Job Centre Plus staff and Department of Work and Pensions (DWP) policy makers on Tuesday about the specialist skills that ex-service men and women can bring to civilian jobs, and the abilities they have to offer to employers once they leave the armed forces. 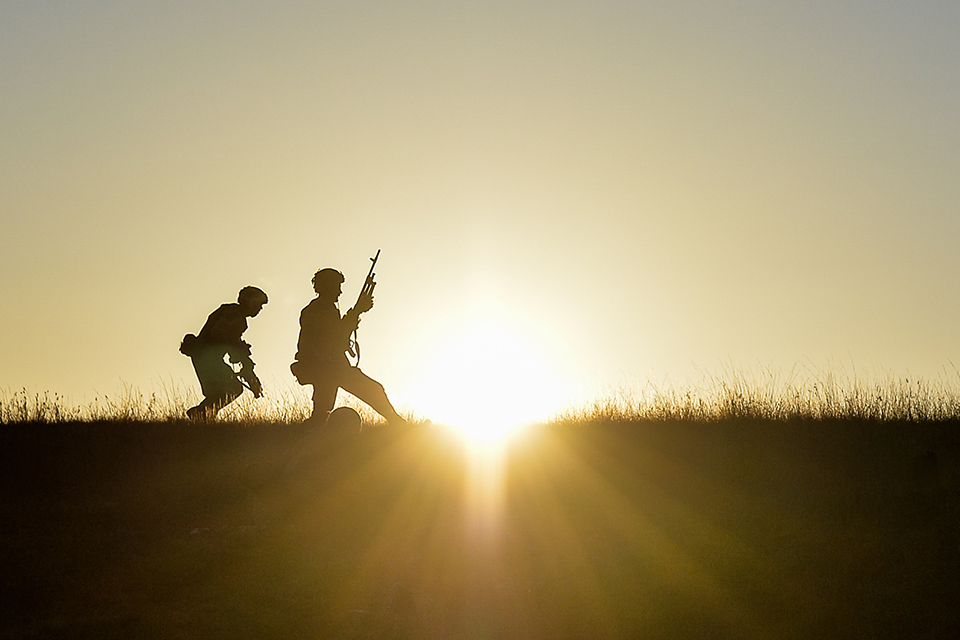 Fusilier Stocker talked about the qualities that stay with people once they transition into civilian life, including team-working and leadership skills and communication, as well as the values and standards learnt during a military career.

Fusilier Stocker also urged colleagues to think more about how veterans and former service personnel can, and should, be used to provide guidance and information to those thinking about joining the armed forces.

Praising the support he has received from the Army and other healthcare professionals throughout his medical rehabilitation, thanks to the Armed Forces Covenant, Shaun said:


I got satisfaction from just trying to gain every little bit of independence every day I could and try to improve my life.

I think over the period of three years there have been hard times, but overall the little things add up and probably my life is better now than it could have been.

It changes your perspective on things and now I love my life and I wouldn’t go back and change a thing.
​
The Armed Forces Covenant exists to ensure that no member of service personnel, current or former, is disadvantaged due to their military service.

The bounds of the covenant, enshrined in law in 2011, also extend to service spouses and children ensuring that they face no disadvantage either.

Over 400 businesses have now signed up to the Armed Forces Covenant, pledging their support to Britain’s military personnel through initiatives including guaranteed interview schemes for veterans and spouses, flexible leave and allowance for volunteering.


Find out more about the Armed Forces Covenant


For more information on Fusilier Shaun Stocker visit his webpage.

News story: A new look for the Armed Forces Covenant