Established in 2012, Joint Forces Command has brought together a number of organisations that support successful UK military operations around the world.

His Royal Highness was met by the Chief of Staff for Joint Forces Command, Rear Admiral Tony Radakin, who explained the command’s important role in addressing defence challenges in an increasingly complex world, achieved through ensuring that defence has the necessary healthcare, training, information, intelligence and cyber security to succeed. Rear Admiral Radakin said:


It was an honour for me to host His Royal Highness The Prince of Wales. As a long standing supporter of the armed services, the Prince took a keen interest in Joint Forces Command and the diverse range of work we do to support UK defence.
​
His Royal Highness then met groups of servicemen and women, civil servants and contractors, who gave a series of short, interactive presentations designed to provide an insight into the breadth of activity across the Command. One presentation showed the Prince how medics deal with trauma injury procedure, whilst another showcased the unique combination of academic and military personnel utilised to deliver world class defence training and education. Able Seaman Ansley Wilson said:


Meeting His Royal Highness was a great pleasure. The Prince asked me about my training progression, and I’m grateful that he took the time to learn more about the Defence Medical Service and show his support for Joint Forces Command.
​ 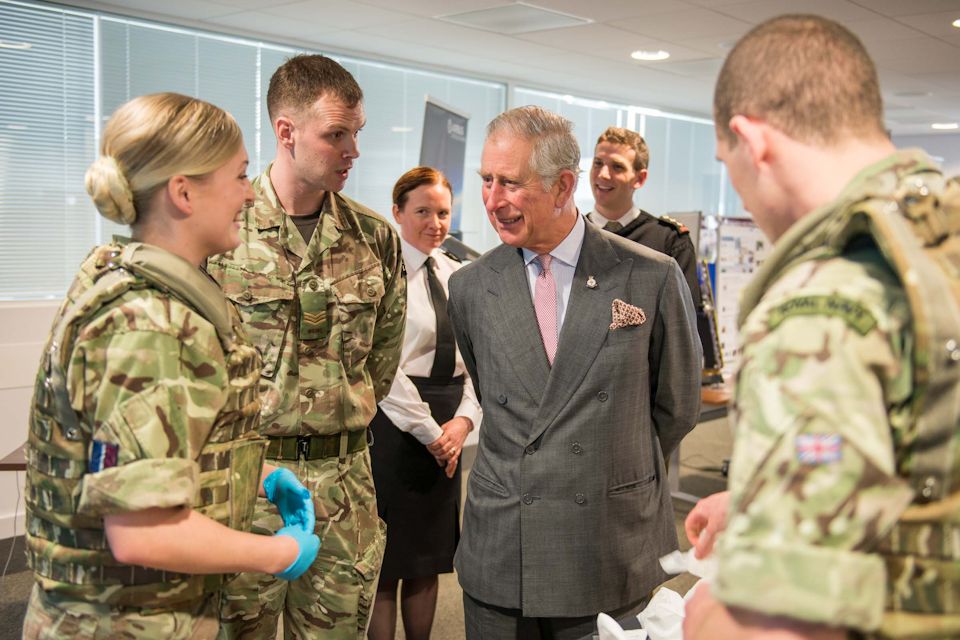 On the last leg of his visit, The Prince of Wales visited the Permanent Joint Headquarters, which commands UK military operations. Lieutenant General Sir John Lorimer, Chief of Joint Operations, briefed His Royal Highness on some of the operations that his HQ is currently coordinating, such as the UK’s role in the counter-Daesh mission.

This visit was a fantastic opportunity for Joint Forces Command personnel to meet His Royal Highness and tell him about their contribution to defence.