The Type 23 frigate located the two Russian ships in the early hours of Friday morning [14 Apr 17] as they sailed through the North Sea towards the Dover Straits.

The Steregushchiy-class corvettes, Soobrazitelny and Boiky, were joined later in the afternoon by a Russian support tanker and an ocean-going tug.

HMS Sutherland will continue to monitor the movements of the ships as they pass close to UK territorial waters today.


HMS Sutherland is carefully marking these Russian ships as they pass close to UK waters. The Royal Navy maintains a vigilant watch and is always ready to keep Britain safe.
​
Royal Navy sailors on the Plymouth-based frigate keep watch on every movement of the ships, using state-of-the-art radars to track the course and speed of the ships as they pass close to the UK. 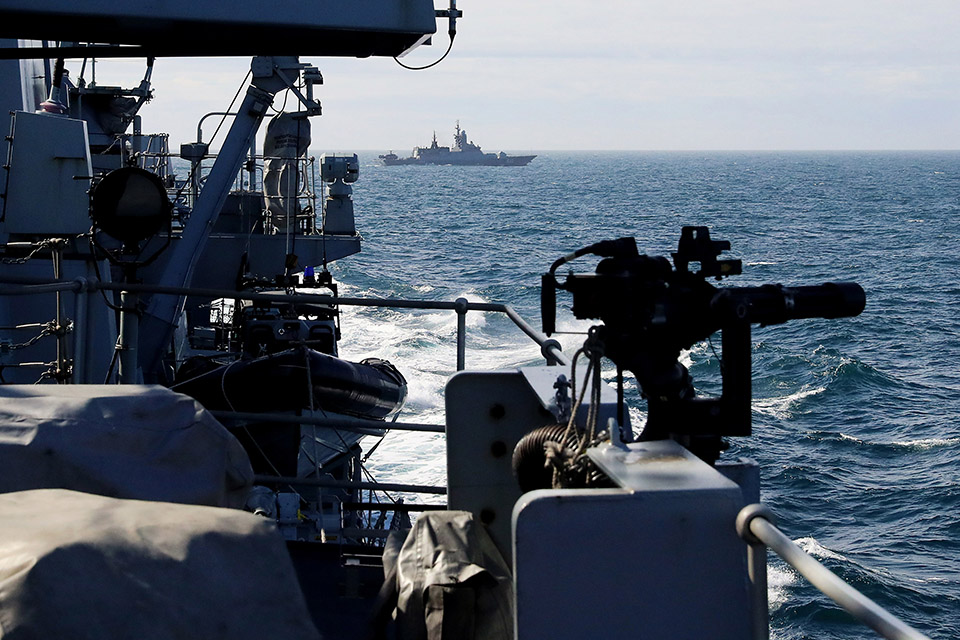 
As one of the Royal Navy’s high readiness units, HMS Sutherland is required to escort warships that approach the UK and this task is considered routine business for us.

It is vitally important the Royal Navy demonstrates its presence and commitment to the integrity of UK territorial waters as we work around the clock to secure the seas of our island nation.
​
As a high-readiness unit, HMS Sutherland may be called upon at any time to help prevent arms trafficking, people smuggling, conduct counter-terrorism operations, maritime search and rescue, or escort duties like those it is undertaking today.