Eight years since a British aircraft carrier last flew a fast jet from her decks, the 65,000-tonne carrier will embark two F-35B test aircraft, from the Integrated Test Force (ITF), based out of Naval Air Station Patuxent River, Maryland.

Around 200 supporting staff, including pilots, engineers, maintainers and data analysts will be joined by two ‘orange wired’ test aircraft, belonging to the ITF, which are expected to conduct 500 take offs and landings during their 11-week period at sea.

The aim of these initial, or ‘developmental’ trials are to ascertain, through the specially equipped aircraft and sensors around the ship, the operating parameters of the aircraft and ship, in a range of conditions. Similar successful trials were conducted by HMS Queen Elizabeth at sea earlier this year for Rotary Wing aircraft.


HMS Queen Elizabeth is a true statement of our national power, and the whole country can be proud to see this magnificent symbol of our engineering prowess and international ambition leaving port to sail onto the world stage.

Her voyage to America not only shows her global reach, but strengthens our special relationship with the US Forces who we have worked hand-in-hand with on this iconic programme. As she sails along the east coast of the USA, she will signal our determination to keep fighting alongside our allies in all corners of an ever more complex and uncertain world.
​ 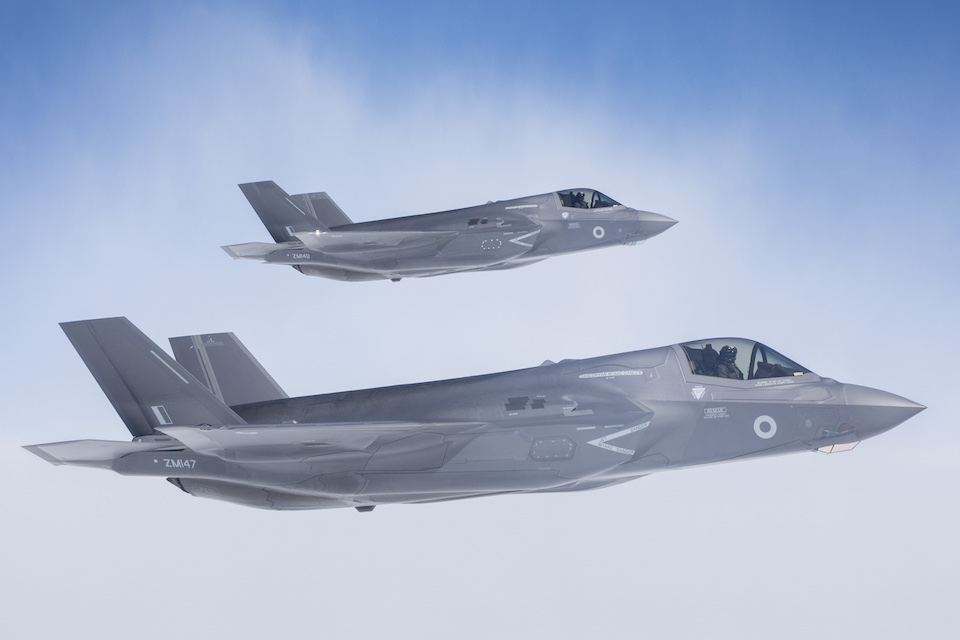 F-35B aircraft will join HMS Queen Elizabeth when she arrives in the USA. Crown copyright.

Four F 35B Lightning developmental test pilots, who are members of the ITF, will embark to fly the aircraft; three British, one American. The British personnel comprise a Royal Navy Commander, a Squadron Leader from the Royal Air Force and one civilian test pilot. They will be joined by a Major from the US Marine Corps.

The trials follow the recent arrival into the UK of the first joint Royal Navy, Royal Air Force F-35B jets, based at RAF Marham. ‘Operational testing’, utilising British F-35B aircraft are scheduled to take place on board HMS Queen Elizabeth next year.

The deployment, known as ‘WESTLANT 18’, will be the first-time HMS Queen Elizabeth will have sailed across the Atlantic. As well as the vital deck trials, it will also involve exercises to prove the ability to operate with other nations’ maritime and aviation assets, as well as the landing of Royal Marines and their equipment ashore in the United States, to conduct training with their US counterparts.


This deployment to the United States will be another first for my ship. Crossing a major ocean with 1500 sailors, aircrew and Marines embarked and the spectre of the first F-35B Lightning landing on the deck in September is very exciting for us all.

It has been an incredible journey since we left Rosyth just over a year ago and we are all looking forward to this next, seminal chapter in HMS Queen Elizabeth’s life.
​ 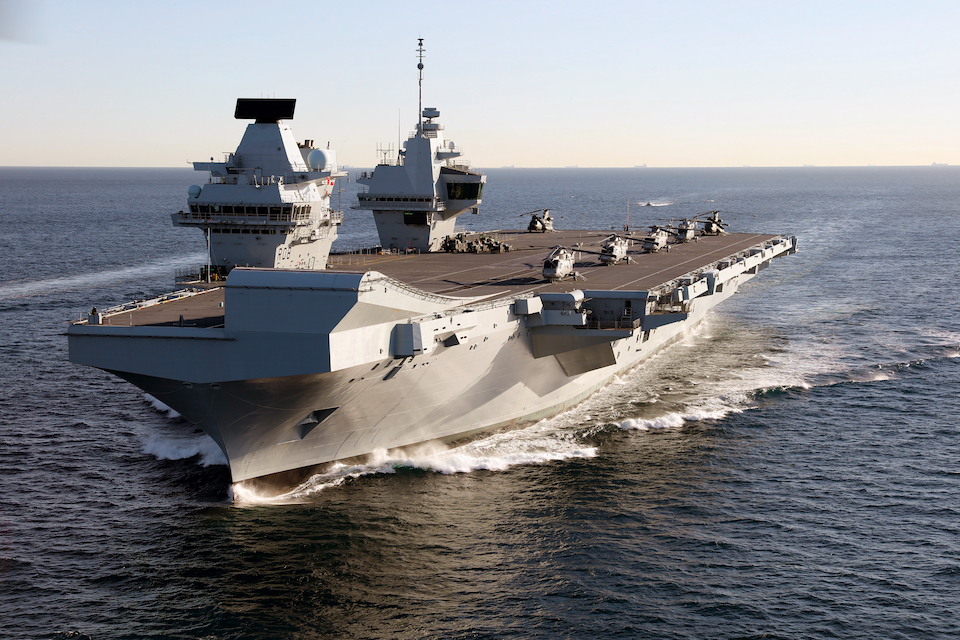 HMS Queen Elizabeth departs for the USA to land fast jets on deck for the very first time. Crown copyright.


As a critical step towards delivering the UK’s new Carrier Strike Group, this deployment demonstrates the astonishing collaborative effort that will enable the new F-35 jets to fly routinely from our Queen Elizabeth class aircraft carriers.

At the heart of the Maritime Task Group, the aircraft carrier is well protected and sustained, ready to operate around the world as a potent and exceptionally flexible instrument of our foreign policy. These first F-35B embarked trials in a UK aircraft carrier are not only key to future operational success, but represent an iconic moment for the modern Royal Navy.
​
The ship will conduct trials in UK waters over the coming days, before departing for the USA later this month. She will be joined by RFA Tiderace and Plymouth-based type-23 frigate HMS Monmouth, as well as Merlin Mk2 helicopters from 820 Naval Air Squadron, RNAS Culdrose, Mk 4 Merlins from 845 Naval Air Squadron, RNAS Yeovilton and a contingent of Royal Marines from 42 Commando, Plymouth.