Ministry of Defence said:
The Plymouth-based frigate made the port visit to the home of the United Kingdom Maritime Component Commander, Commodore Simon Ancona, who came on board to meet the ship’s company. He is also deputy commander of the 27-nation Combined Maritime Forces in the region.
Commodore Ancona said of the visit:

HMS Northumberland has come alongside fresh from providing valuable and direct support to the Combined Maritime Forces. She is operating in a challenging environment and it’s obvious the ship’s company have risen to the challenge.
​
HMS Northumberland is currently providing direct support to Combined Task Force 152 (CTF 152), 1 of the 3 task forces making up the Combined Maritime Forces organisation. CTF 152 conducts maritime security patrols to help ensure the stability and security of the Gulf waterways. 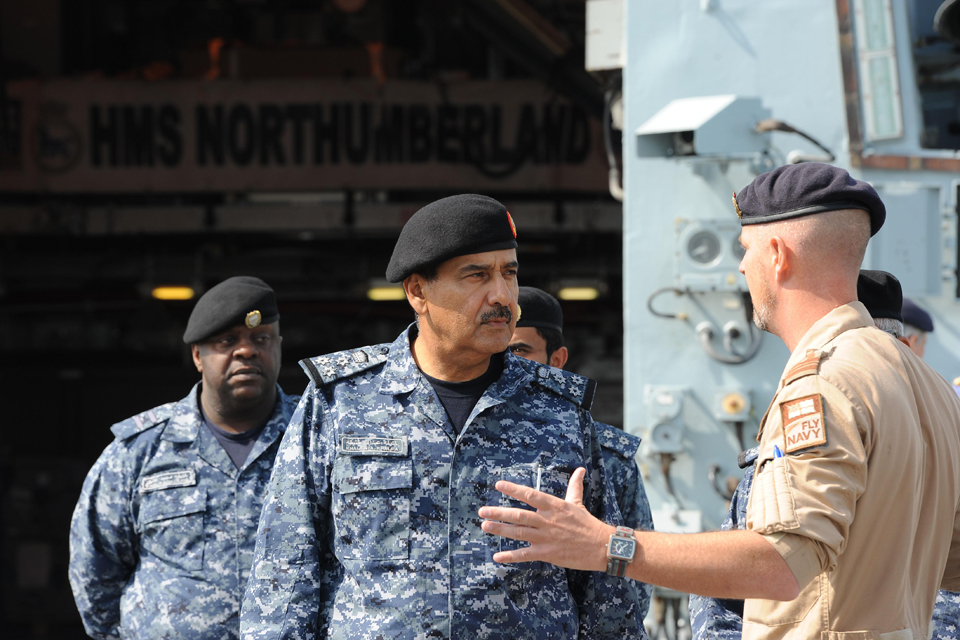