Mersey, operating in the North Atlantic region as part of her commitment to the security of the UK’s overseas territories, worked with the Canadian Navy and US Coastguard in the operation to intercept a small yacht.

The Honduras-bound yacht was stopped and searched by a US Coast Guard team in the Canadian ship HMCS Summerside and 304kg of drugs were discovered onboard. HMS Mersey sent a small team on her fast boat – a Pacific 22 rigid inflatable - to take charge of three suspects and bring them back to the ship. As darkness fell the team then returned to collect 16 bales of cocaine, which have a wholesale value of approximately £12,000,000. The drugs were then passed on to American law enforcement officials aboard the US Coast Guard Cutter Thetis.


This underlines the strength and global reach of our Royal Navy. Backed by a rising defence budget, the Navy plays a key role in tackling the global drugs trade, while delivering reassurance to Britain’s overseas territories.
​
Mersey, a Portsmouth-based River Class patrol ship left the UK in January for a seven-month deployment of the North Atlantic.


I am delighted with HMS Mersey’s contribution to this substantial drugs bust, this was an excellent team effort from both my crew and the three nations involved.
​ 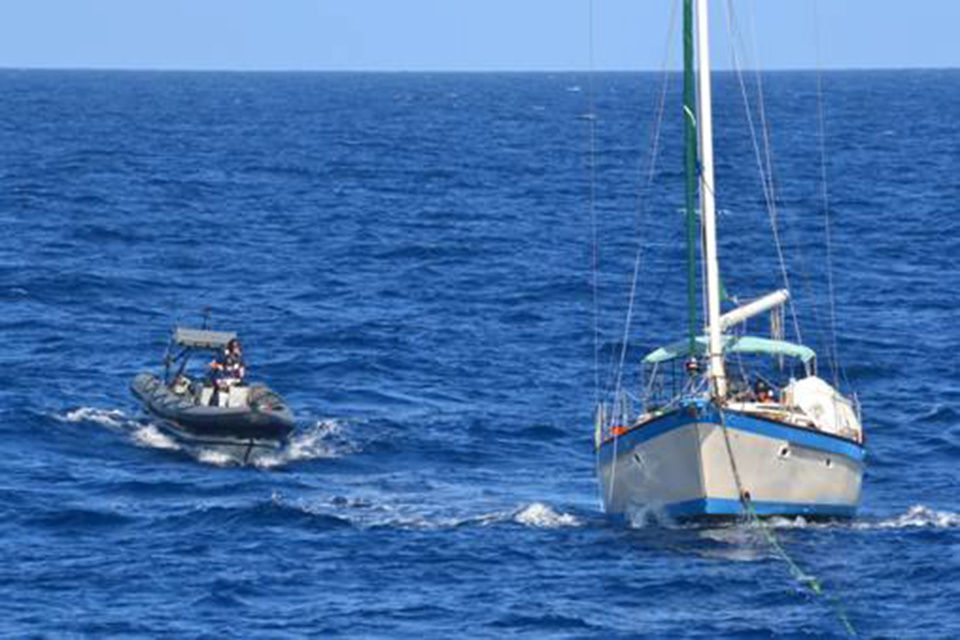 Moderator
If I didn't know better, I'd think that every time the Royal Navy/RFA rock-up on task, a sacrificial drug-runner is delivered on a plate by the US Coastguard for PR purposes

Moderator
five
You must log in or register to reply here.