During her time away she helped to stop people smuggling across the globe, saved thousands of lives at sea, and protected Britain’s interests.


During her three years deployed away from the UK, HMS Enterprise and her ship’s company have helped make the world a safer place.

From disrupting people smuggling in the Mediterranean to assisting in the free flow of trade in the Gulf, and from providing reassurance to our overseas territories to surveying the world’s oceans, she has epitomised how the Royal Navy is protecting the UK’s global interests.
​
In almost three years she has steamed 150,000 nautical miles, visited 20 countries, and navigated four of the seven seas. 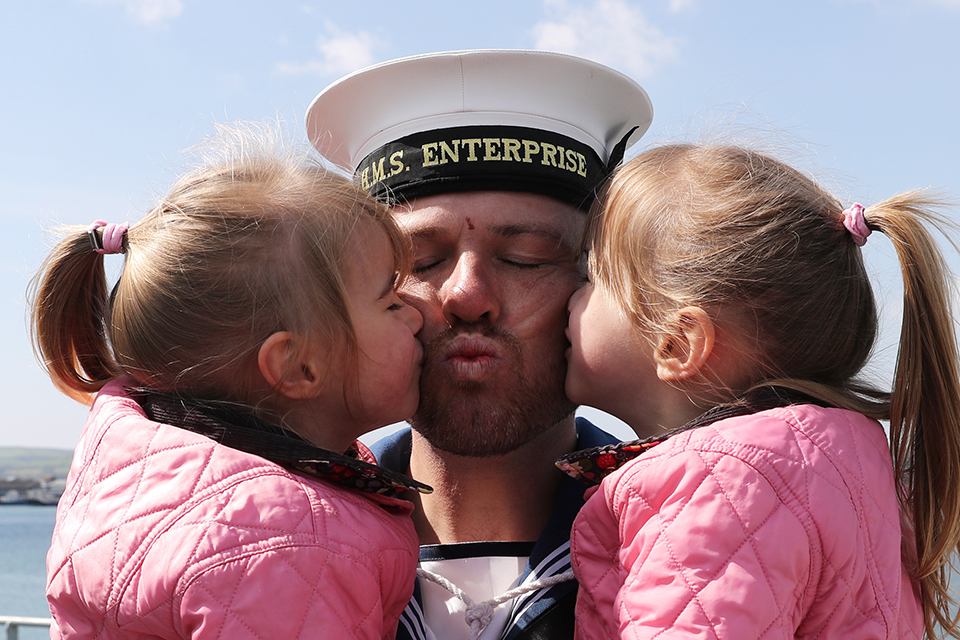 LH Payne with his twins girls Summer and Amelia

HMS Enterprise’s epic deployment began in June 2014, when she headed to the Mediterranean on a routine deployment. At the time, growing unrest in Libya led to the UK government encouraging British citizens to evacuate, and Enterprise was tasked with rescuing more than 200 people from Libya.

She was then tasked with conducting survey operations in the Gulf and southern Red Sea, joining the continuous Royal Navy presence in the region which works to secure some of the most vital shipping lanes in the world and protect Britain’s economy.

It was during this time that teams from the ship volunteered to visit an orphanage in India, helping to refurbish several classrooms, build some swings and even fix a trampoline.

Enterprise later moved to the Mediterranean where she joined the naval force set up to deal with people smuggling. Over the course of the following year, the sailors on board destroyed over 100 unseaworthy craft and rescued over 9000 people. As a result she was awarded the Firmin Sword of Peace, the Naval Capability Prize and the HM Efficiency Award, as well as receiving a personal commendation from the Chief of the Defence Staff. 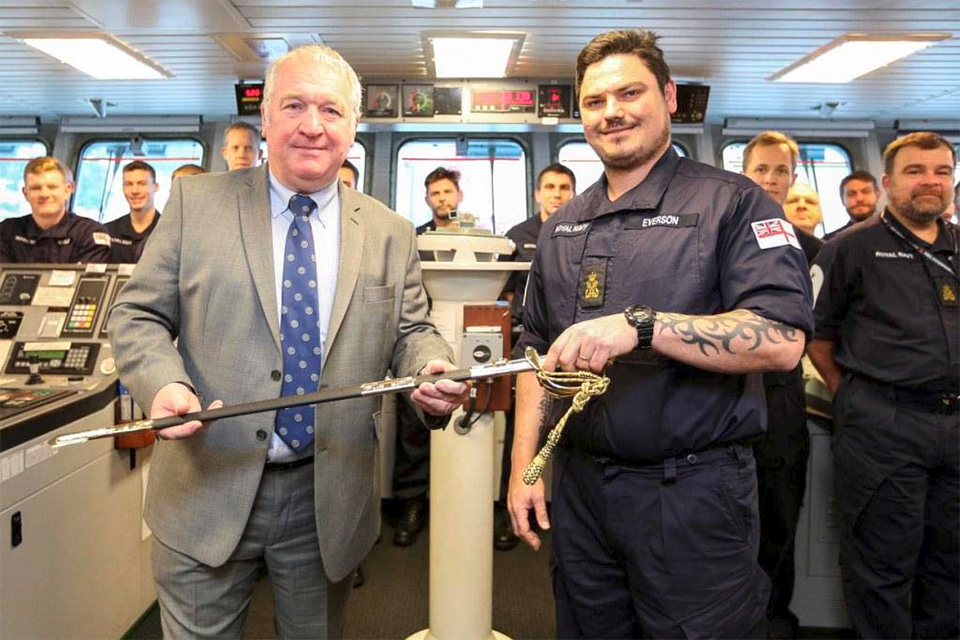 Following the heat of the Mediterranean Enterprise was re-tasked to the South Atlantic to stand in for Falkland Islands patrol vessel HMS Clyde during her refit in South Africa.

The ship, and her crew of 78 sailors, returned to Devonport today for the warmest of welcomes from friends and families. Commander Philip Harper, Commanding Officer of HMS Enterprise said;


The crew of HMS Enterprise are justly proud of the work they have done since deploying, and the wide variety of operations will be hard to match in the rest of our careers.

At the same time, we are all really looking forward to coming home. The results of our deployment speak for themselves and we are all eager to spend some time with our families before the ship deploys again later this year.
​
Continue reading...