News story: HMS Edinburgh leaves for her final voyage around the UK

Ministry of Defence said:
This marks a milestone in her 30-year-long career serving in the Royal Navy, sailing around the world on operations and clocking up over 600,000 miles.
Whilst on the tour around the UK, HMS Edinburgh will be taking part in the Battle of the Atlantic commemorations both in London and Liverpool. She will be joining HMS Illustrious and HMS Blyth in London where they will welcome on board members of the public and host a number of VIPs and dignitaries.
Whilst transiting from Portsmouth to London, HMS Edinburgh welcomed some friends and family members of the ship’s company on board, giving them the opportunity to experience life on board an operational warship for a couple of days at sea. 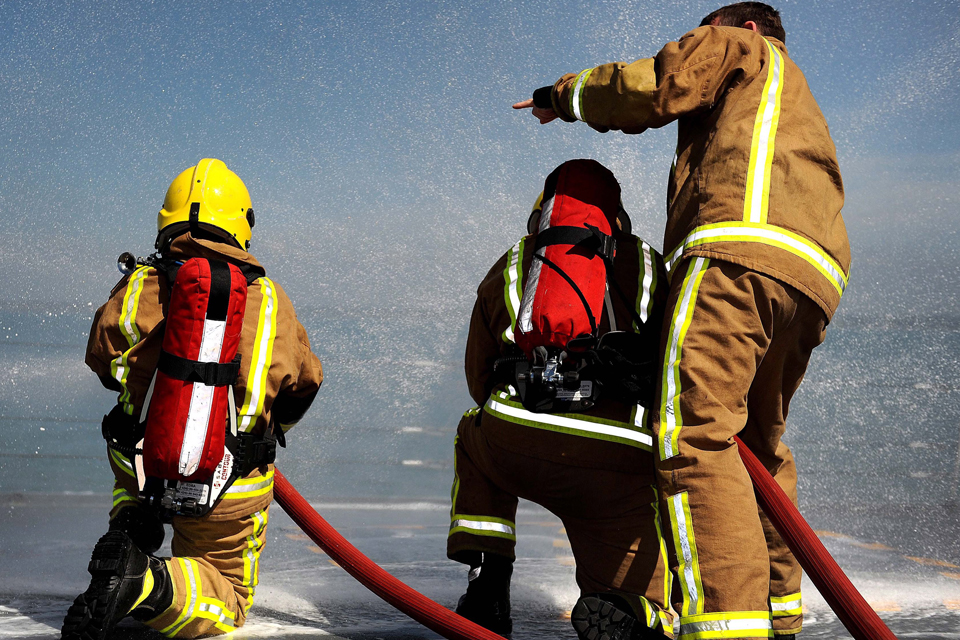 Crew family members have a go at firefighting on board HMS Edinburgh [Picture: Leading Airman (Photographer) Dan Rosenbaum, Crown copyright]Friends and family members also saw the ship leaving Portsmouth for the final time and were able to take part in various exercises, including small arms firing at sea and driving the ship for a man overboard exercise.
The ship is due to visit Edinburgh, her affiliated home city, after leaving London, following which she will transit to Liverpool before making her final entry into Portsmouth.
She will be escorted through the Solent by HMS Diamond, one of the new Type 45 destroyers built to replace HMS Edinburgh and her sister ships.