Ministry of Defence said:
The 7,500-tonne vessel, HMS Duncan, armed with the world-leading Sea Viper missile defence system, has sailed to her new home in Portsmouth, where she will undergo a series of trials and tests before being declared suitable for operations next year.
Her arrival at the Naval Base marks the end of a successful 12-year build programme to provide the Royal Navy with a fleet of the largest and most powerful air defence destroyers it has ever received.
The Minister for Defence Equipment, Support and Technology, Philip Dunne, said:

The arrival of HMS Duncan in Portsmouth today marks the culmination of the Type 45 programme with the UK shipping industry to provide the Royal Navy with a fleet of world class destroyers.
​
Together these vessels are a formidable force and will play an important part in allowing the Royal Navy to protect our interests wherever needed around the world.
​ 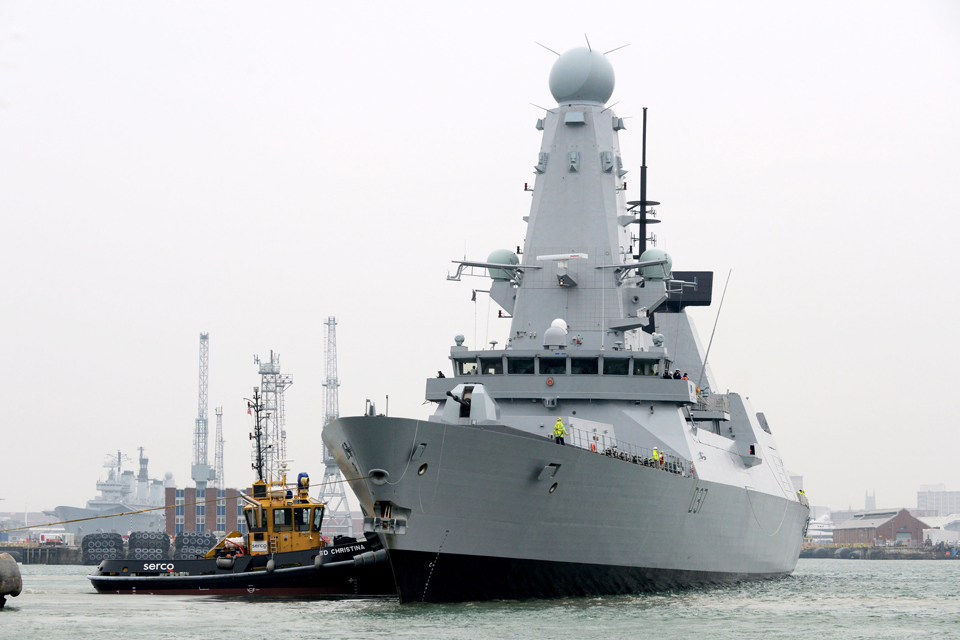 My team of Royal Navy personnel have been ‘standing-by’ the build of the ship since the launch in October 2010, and the numbers have now grown to the full complement of 180 men and women who are all now focussed on preparing for our sea training and trials phase under the White Ensign prior to joining our sister ships on operations around the globe.
​
The first Type 45, HMS Daring, arrived in Portsmouth in January 2009. She has been followed by HMS Dauntless, HMS Diamond, HMS Dragon, HMS Defender and now Duncan. They will all be based in Portsmouth.

HMS DUNCAN arrives in the Gulf