Ministry of Defence said:
HMS Defender is the fifth Type 45 to be commissioned into the Royal Navy. The ships, which were built by BAE Systems in Portsmouth and in Scotland, are the most capable destroyers the UK has ever had.
HMS Defender was commissioned at Portsmouth Naval Base, which will be home to all 6 of the fleet’s Daring Class ships.
Today’s ceremony marks HMS Defender’s transition into the UK’s fleet, which means she can now prepare for her first overseas deployment. 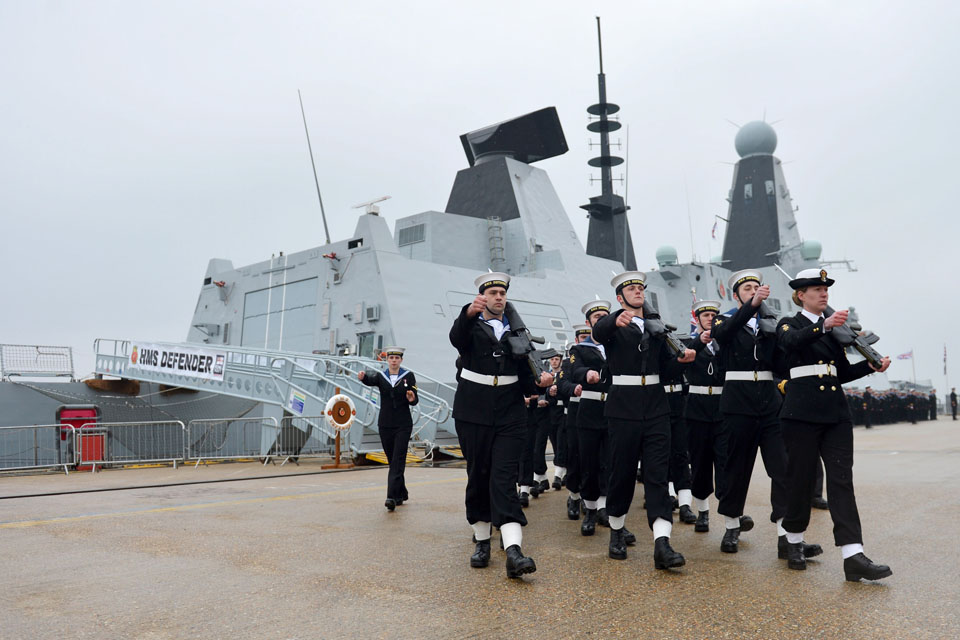 A ceremonial guard from HMS Defender conducts a march past of the vessel at Portsmouth Naval Base [Picture: Leading Airman (Photographer) Ben Sutton, Crown copyright]Each Type 45 is longer than 16 double-decker buses laid end-to-end and, built from 2,800 tonnes of steel, weighs more than the Blackpool Tower. With fuel tanks half the size of an Olympic swimming pool, the ships are capable of generating enough electricity to power a town of 80,000 people.
HMS Defender’s Commanding Officer, Commander Phillip Nash, said:

The commissioning of HMS Defender marks the point at which building and testing the ship finishes and front line service in the fleet begins.
​
For the 190 men and women that make up my ship’s company, commissioning represents the culmination of months and years of training, trials and practice focused on ensuring that HMS Defender is ready to undertake operations around the world.
​ 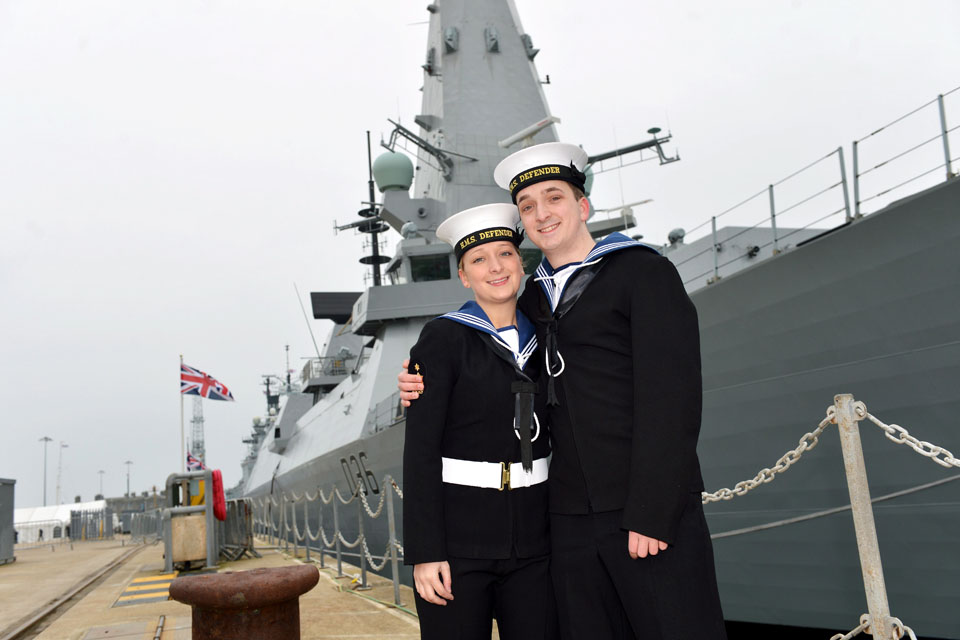 HMS Defender’s commissioning is a significant achievement and testament to the hard work of MOD and industry teams to deliver these hugely capable vessels to the Royal Navy.
​
The 6 state-of-the-art Type 45 destroyers will play an important role in protecting UK interests from global threats.
​
The commissioning of HMS Defender is one of 3 significant events this week for the Type 45 class. On Tuesday, HMS Dragon, which is the fourth in class, sailed from Portsmouth Naval Base for her maiden, 7-month deployment to the Middle East. And tomorrow, the sixth and final Type 45, HMS Duncan, is due to arrive in Portsmouth for the first time to begin her sea trials. 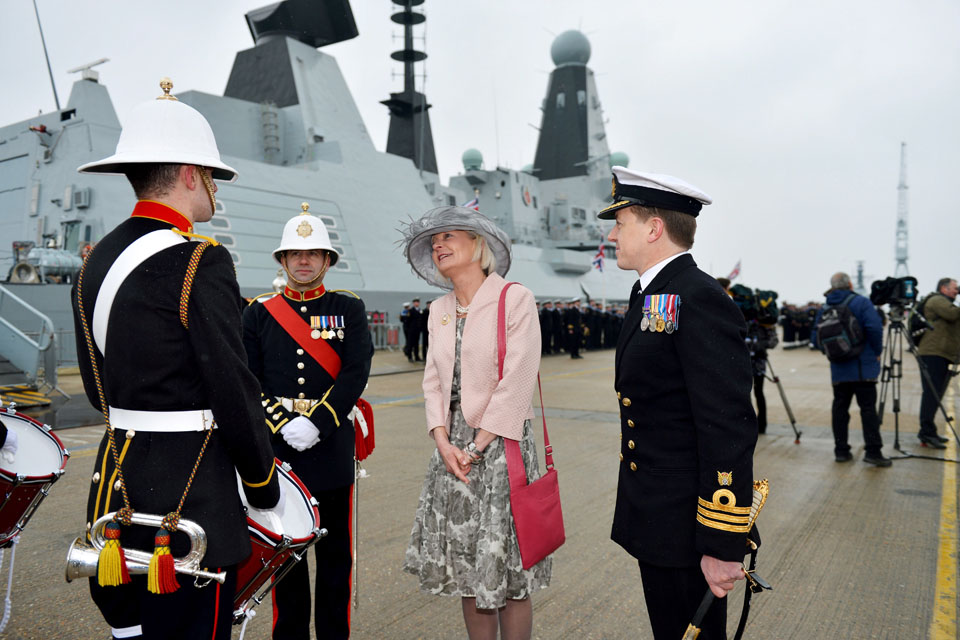 The ship's sponsor, Lady Julie Massey, meets Royal Marines band members at HMS Defender's commissioning [Picture: Leading Airman (Photographer) Ben Sutton, Crown copyright]HMS Daring, Dauntless and Diamond have already completed operational tours in the Mediterranean, the Gulf and the Atlantic Ocean.
The Type 45s feature the Sea Viper air defence missile system which can tackle multiple targets at once and missiles accelerate to twice the speed of Concord in under 10 seconds. The destroyers will be able to deploy with the Royal Navy’s new aircraft carrier HMS Queen Elizabeth when she comes into service.

News story: HMS Edinburgh leaves for her final voyage around the UK