The Type 45 air defence destroyer met the aircraft carrier in the Indian Ocean to strengthen the French ship’s ability to conduct air strikes against the terrorist organisation in Iraq and Syria.


This shows once again that Britain and France stand shoulder to shoulder against this brutal terrorist organisation.

Whether British tourists on a beach in Tunisia or French citizens in Paris, both our nations have had first hand experience of the evil that Daesh is capable of and we are united in our resolve to destroy them.
​
HMS Defender’s state of the art radars are able provide a clear picture of an area stretching over 300 miles and will defend mulitnational ships, aircraft and land forces part of this taskforce. 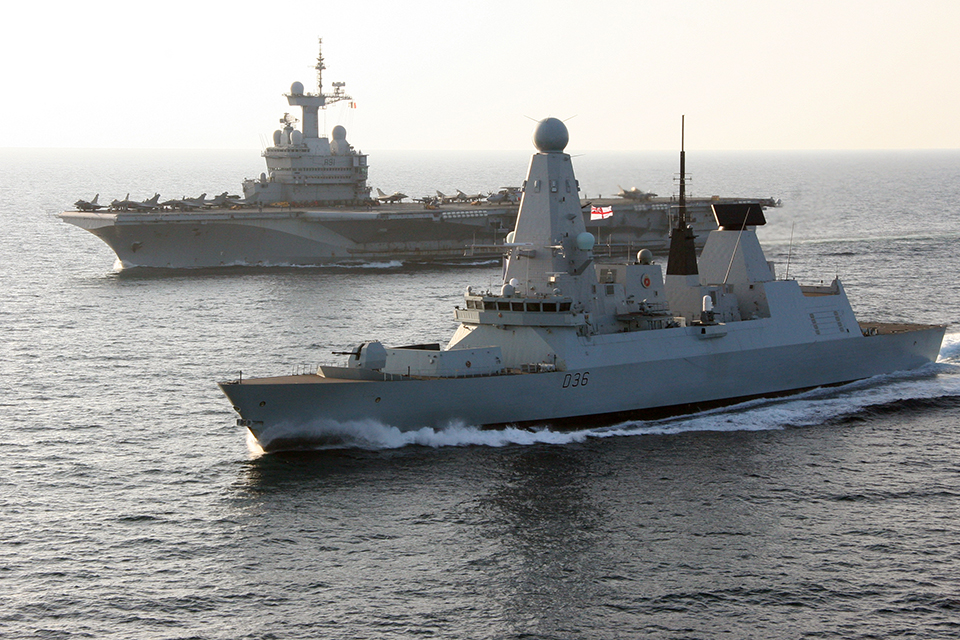 The ship’s company of HMS Defender is focussed on the successful outcome of this operation and everyone has their part to play. A constant dialogue with the French Carrier and specific training means that HMS Defender is ready in all respects to protect the task group from a wide variety of threats.


Every sailor and Royal Marine serving in HMS Defender knows this ship directly contributes to the national security of the UK.

Whether interdicting illegal arms shipments to terrorist groups, delivering world-class air command from the sea or directing and controlling aircraft conducting strikes against Daesh overland, we are resolved to do all we can to keep our country safe and protect our nation’s interests.
​
HMS Defender is on a nine month deployment to the Middle East and will continue to work with the French Carrier Task Group well into 2016.