The Royal Navy flagship was alerted to four craft in potential distress approximately 40 miles off the coast of Libya. Each 30-foot inflatable boat was reported to be carrying approximately 100 migrants, including a number of pregnant women and children.

Landing craft from HMS Bulwark and a Merlin helicopter from 814 Naval Air Squadron are involved in the response. Over 225 personnel have been recovered to HMS Bulwark so far with another 220 expected later this morning. 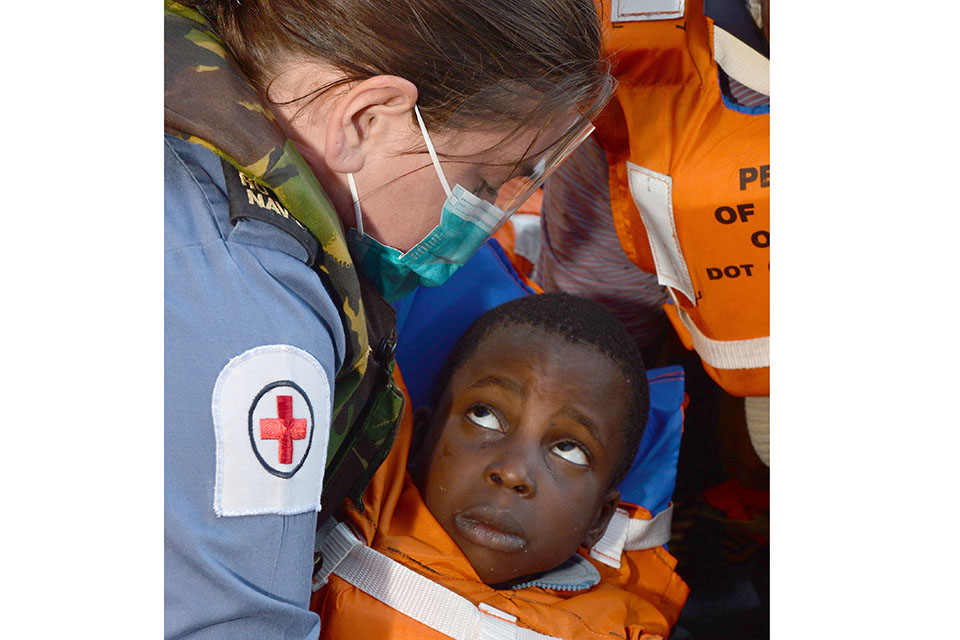 
HMS Bulwark and her crew have already proved an invaluable asset in assisting with the Mediterranean migrant crisis. Including today’s events the Royal Navy will have rescued about 600 people since starting operations at the beginning of the month.

The ship is providing medical assistance, food, water and dry clothes to those in need and will transfer them safely to land as soon as possible.
​ 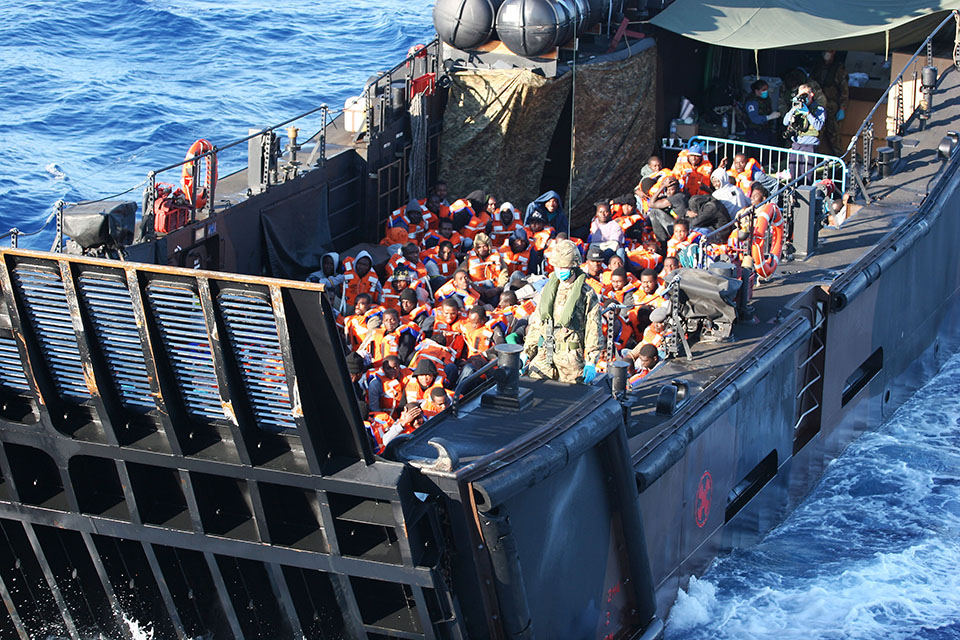 Photographs of HMS Bulwark conducting this tasking can be found here.