The Duke of Edinburgh, The Prince of Wales and The Duchess of Cornwall, members of The Royal Family, the Prime Minister, and nearly 1,000 veterans and their families attended the service, with representatives of Allied Nations and Commonwealth countries who fought alongside Britain in the conflict.

The service was led by the Dean of Westminster, and it included thanksgiving for reconciliation and unity, prayers for peace, with Address given by the Archbishop of Canterbury. 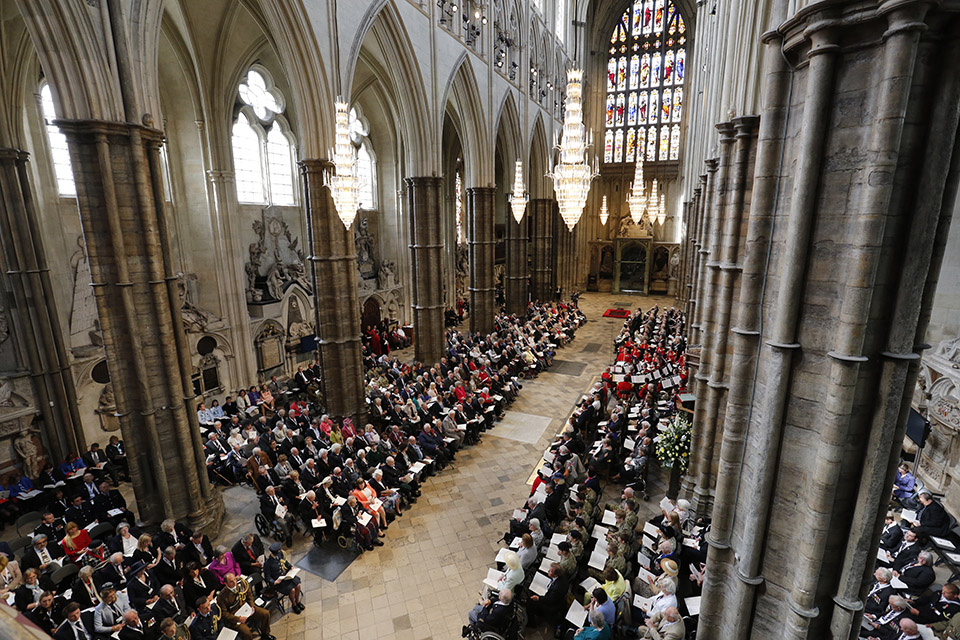 Afterwards, over 1,000 veterans from both military and civilian services, organisations and associations representing those who fought in the Second World War in Europe, led by 400 members of the Armed Forces, paraded from the Abbey and up Whitehall, past the famous balcony where Winston Churchill appeared before the crowds on VE Day after his famous speech to mark Victory in Europe. The Prince of Wales took the salute as the parade entered Horse Guards Parade, and aircraft from the RAF’s historic Battle of Britain Memorial Flight, followed by the Red Arrows, flew overhead paying tribute to the veterans as they marched.


On VE Day we sailed in and took over the port at Cuxhaven from the German command. We didn’t know immediately that the war was over. It just sort of filtered down. There was no battle. We were greeted with solemn silence - it felt unreal. We did fear attack but it never came. It was quite emotional because we were frightened and hopelessly outnumbered.
​
Lieutenant Chris Chew, Commanding Officer of HMS Trumpeter, from Skipton in Yorkshire, attended the service. His grandfather, the late Sergeant Arthur Attwood served during some of the pivotal moments of the Second World War. His grandmother Hazel Attwood was a Land Girl during the war.


It’s important to remember what out ancestors did during the Second World War. My grandfather served in the Army and he inspired me to join the military. I’m incredibly proud of his actions during the war to make sure I could have everything I have today.

We should never forget the hardship he and thousands of others went through to preserve the nation and I feel honoured to join the VE Day celebrations in his memory.
​
In the afternoon a reception and afternoon of Second World War era entertainment, including historic vehicles from the time, will be held in St James’s Park, with London celebrations culminating with musical performances by the Band of the Grenadier Guards at Trafalgar Square, the scene of jubilant celebrations in 1945.

The three-days of VE Day 70 commemorations and celebrations started with a Service of Remembrance at the Cenotaph at 3pm on Friday 8 May, the time and date that 70 years ago Winston Churchill broadcast to the nation that the war in Europe was over. It was followed by more than 200 beacon lightings across the UK, which started with The Queen lighting a beacon on the Long Walk in Windsor. 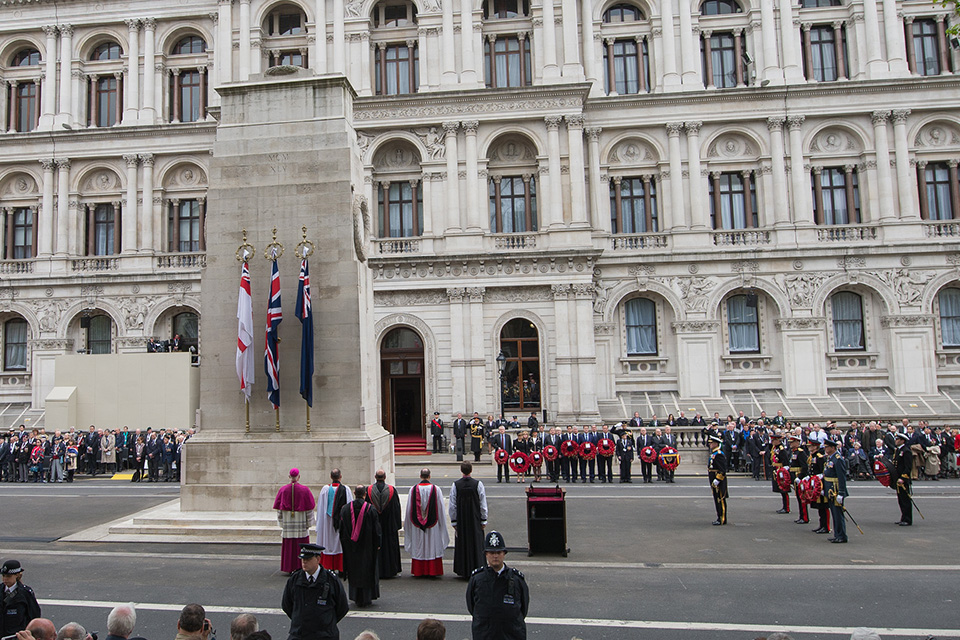 St Paul’s Cathedral, the Houses of Parliament and Trafalgar Square were lit up with V-shaped beams of light each evening, recreating what happened back in 1945.

At 11am on the Saturday cathedrals and churches across the country rang their bells in a sign of victory, signifying the end to the years the bells had hung in silence during the Second World War. Ships and boats sounded their horns. At the same time on Twitter and Facebook, the VE Day 70 ‘V for Victory’ Thunderclap went live. An archive audio clip from May 1945 of cathedral bells ringing and drums beating the Morse code for ‘V’ for Victory was shared with more than 1.5 million people.

In the evening, thousands of people attended a Royal British Legion concert produced by Live Nation and the BBC, held at Horse Guards Parade. The star-studded 1940s themed ‘Party to Remember’ was hosted by Chris Evans and broadcast on BBC One, featuring performances from acts including Status Quo, Pixie Lott and Katherine Jenkins.

Right across the three days parties, picnics and events were held as communities and schools across the UK came together to mark the end of the War in Europe 70 years ago.

Events to mark the 70th Anniversary of Victory over Japan (VJ) Day will be announced shortly.