The Princess unveiled a plaque at Portsmouth Naval Base this afternoon (Mon 20 Mar 17) officially naming the vast berth as The Princess Royal Jetty. It will be home to the Royal Navy’s two new 65,000-tonne Queen Elizabeth class aircraft carriers.

Formerly known as Middle Slip Jetty, the berth has been upgraded and strengthened to support the carriers as part of a raft of infrastructure upgrades taking place ahead of the arrival of the first ship – HMS Queen Elizabeth – later this year. 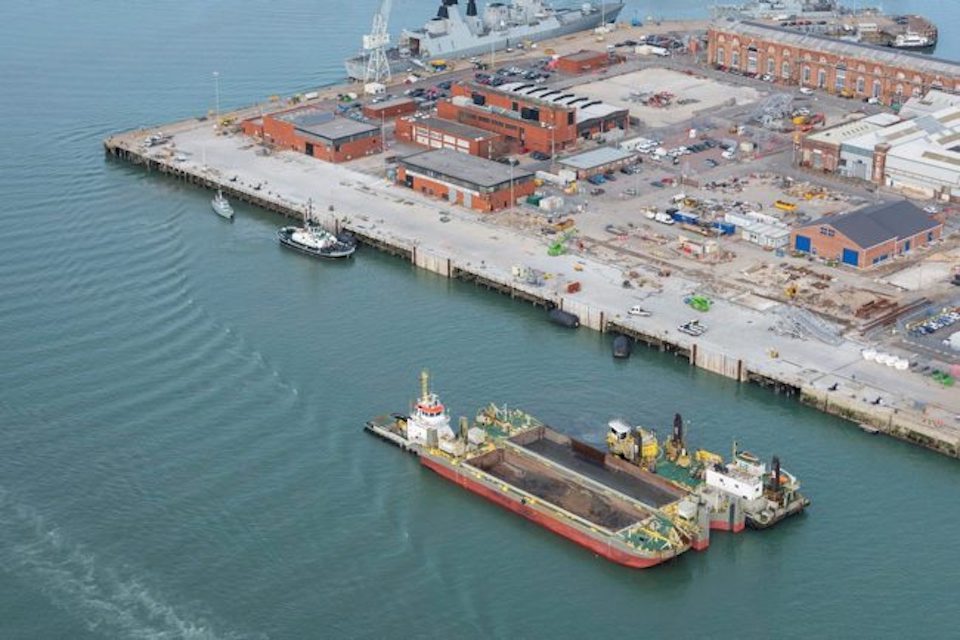 The Princess Royal Jetty from above

Her Royal Highness met some of the workers involved in the jetty’s two-year refurbishment, as well as Royal Navy bomb disposal experts responsible for safely disposing of historic ordnance. A number of wartime devices have been recently uncovered by dredging work in preparation for the arrival of the two new aircraft carriers. The Portsmouth Naval Base Commander, Commodore Jeremy Rigby, hosted the visit by The Princess Royal. As Commodore-in-Chief for Portsmouth, she is a frequent visitor to the naval base and takes a keen interest in activities there.


It was a privilege to welcome Her Royal Highness back into the naval base to officially name this historic jetty.

Work continues at a pace to get our naval base ready for the arrival of HMS Queen Elizabeth later this year and the excitement builds as we now enter the final stages of work, testing and training ahead of her arrival.
​
The jetty, parts of which date back over 90 years, has been refurbished in addition to the dredging of the approach channel, inner harbour area and berth in order to make them deep and wide enough for the new ships, moving three million cubic metres of clay, sand and gravel from an area the size of 200 football pitches.


The work on The Princess Royal Jetty is a fantastic example of how we are investing in the future of the Royal Navy and is the culmination of £100m of infrastructure upgrades in Portsmouth in preparation for our two new aircraft carriers.

The Queen Elizabeth class carriers, together with our F-35 jets will transform our ability to project power around the world.
​
Bespoke navigational lights, a high-voltage electrical supply and specialist carrier-specific gangways, known as ‘brows’, are also being provided as part of the £100m programme of works. The Defence Infrastructure Organisation (DIO) has worked with VolkerStevin and BAE Systems to deliver the package of infrastructure needed for the carriers.

Last week, the giant American supply ship USNS Robert E Peary tested the strength of the new jetty by coming alongside in Portsmouth. The US ship, which despite its mammoth size is still 200ft shorter than the Queen Elizabeth carriers, was the first vessel to use the jetty since its completion.