Ministry of Defence said:
The troops from B Company, 1st Battalion The Royal Gurkha Rifles (1 RGR), have returned to their home base in Folkestone, Kent, weeks before their original end of tour date after handing over to the Afghan National Security Forces (ANSF).
The soldiers have occupied Patrol Base 4 (PB4) in Helmand’s Nad ‘Ali district for the past 4 months, the same place they were based on their previous tour in 2010, and supported the Afghan Uniform Police (AUP) in the area, acting as a ground-holding company and helping to bring security and stability to the region. 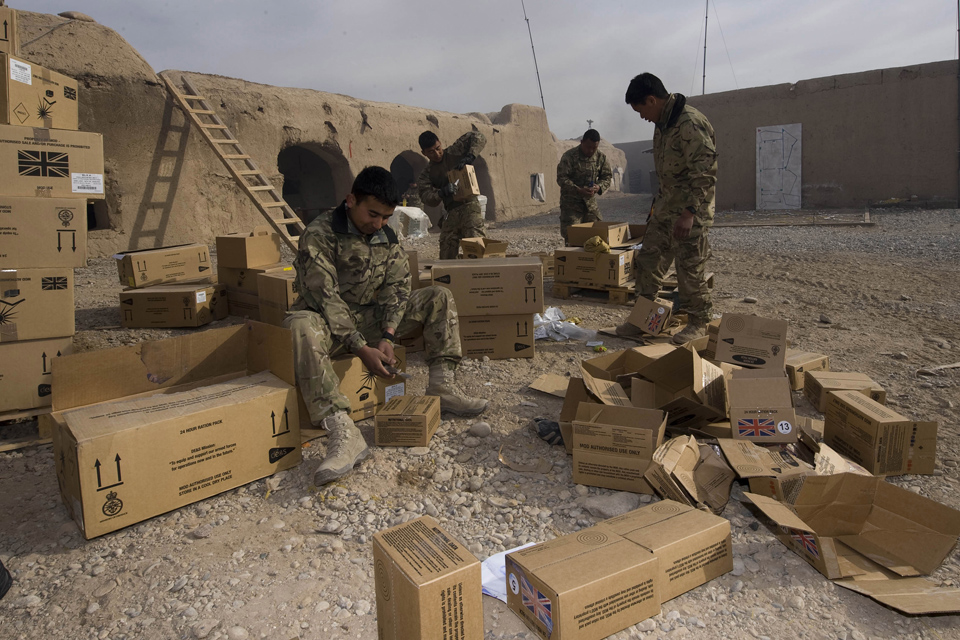 Gurkha soldiers pack up rations at Patrol Base 4 in preparation for the closure of the front line base [Picture: Corporal Jamie Peters, Crown copyright]Major Shane Burton, Officer Commanding B Company, 1 RGR, at PB4 said:

Over the 3 tours I’ve done of Afghanistan there has been a significant change in the capabilities of the ANSF. That is the single most important point allowing us to move to transition.
​
Their numbers have increased significantly and so has their attitude towards conducting operations. They are now a much more professional force - both the Army and the Police. They want to get out there and push the presence of GIRoA (Government of the Islamic Republic of Afghanistan) forward and establish that security for their own people.
​
The Gurkhas leave Helmand having seen a considerable difference from their previous tour at the same base when it was hard fought over by insurgents.
Corporal SojIt Gauchan has completed 3 previous tours of Afghanistan. He said:

Back in 2007 the ANSF were small in numbers and their effectiveness was not good. As we moved on, the mentoring became larger and the tactics and skills they learnt from the UK forces meant they progressed into professional soldiers.
​ 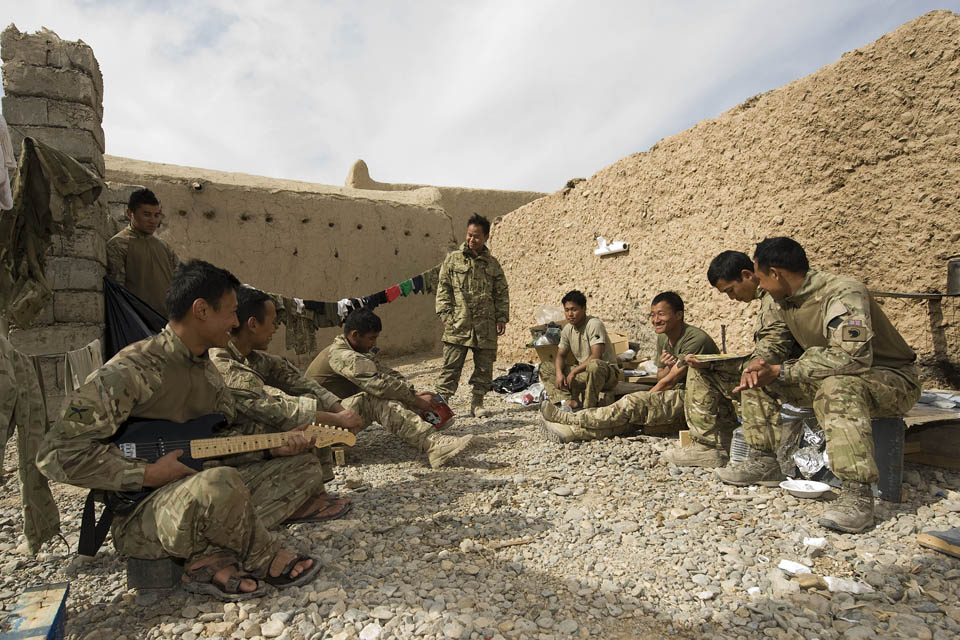 When ISAF forces leave here we will be able to ensure security for all our people. Also we have the right equipment and we are equipped correctly. We are now able to destroy and defeat our enemies from this area.
​
During the base closure process, the facilities were removed and the patrol base reduced to more basic levels for the troops that remained until the final day. The compound will eventually be returned to the local farmer. So far during Operation Herrick 17 (since 10 October 2012) 18 bases have already been closed or transferred to the ANSF.

tanter said:
I give it a year and the local area will be under Taliban control
Click to expand...

Could be possible, or mabye even London, what with all the locals moving out...
You must log in or register to reply here.