A new headstone has been installed and a rededication service took place in a moving ceremony on Friday 21 April 2017 at Wittenburg Cemetery, Germany. 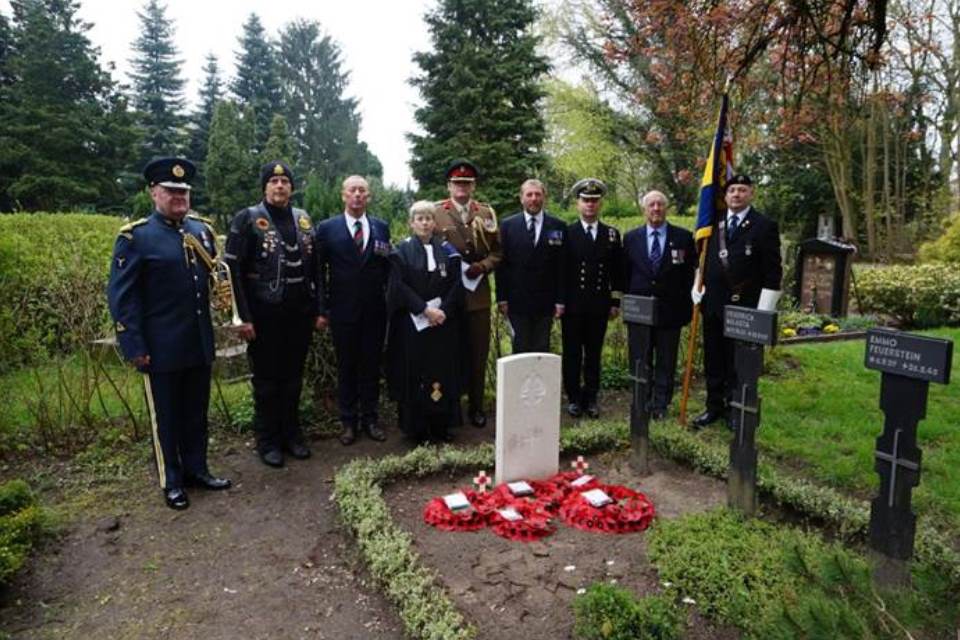 
Private Thompson and his comrades were faced with a tortuous march after years of captivity. We are glad to be able to confirm his final resting place and honour him as he so richly deserves.
​
Private Thompson was born on 4 April 1919 at Tynemouth, Northumberland. Before enlisting, he was recorded as working as a glazier and lived with his sister, Elizabeth, on Penman Street in North Shields. George enlisted on 16 October 1939 and was sent, as a Private, to France on 28 February 1940 as part of the British Expeditionary Force.

He was reported missing on 19 June 1940 after being captured at Athies, France. His status as a Prisoner of War (POW) was confirmed a month later.

Pte Thompson was sent to Stalag XXA, located in Toruń, Poland. He was imprisoned for nearly 5 years, until in early 1945 and with the threat of the advancing Russians, the Germans forced the POWs to march towards the West. This ‘Long March’ was a tortuous undertaking for men that were already weakened from years of imprisonment.

It was one of the worse winters on record, with temperatures dropping as low as -25°C. The men were without adequate clothing, supplies or medical equipment and were forced to march up to 40 kilometres a day, many succumbed to hypothermia, disease and death. Tragically, George lost his life during this march and having suffered dysentery, he passed away near the town of Wittenburg, Germany on 3 March 1945.

Private Thompson was just 25 years old when he died.


It was a privilege to give a name to the grave of a soldier that died in conditions that should never happen again.
​
A record of these POWs, including George, was kept by Staff Sergeant (S/Sgt) Aitken of the Royal Army Ordnance Corps. He kept a list of each man that died and where they were buried. He also attempted to intervene with the German guards to get better treatment of his men.

This grave was brought to the attention of the Ministry of Defence by researcher, Steve Foster who has spent many years researching the final resting places of the POWs on S/Sgt Aitken’s list.

After extensive historical research by Mr Foster and the JCCC into this unknown grave and the circumstances surrounding George’s death, the MOD have now confirmed that this Unknown Soldier is actually Private George Henry Thompson.


It was an honour to help find the grave of Private Thompson 70 years after he died in dreadful circumstance.
​
A new headstone bearing Private Thompson’s name has been provided by the Commonwealth War Graves Commission, who will now care for his final resting place in perpetuity.