The service, organised by the MOD’s Joint Casualty and Compassionate Centre (JCCC), part of Defence Business Services was attended by Pte Tingle’s 96 year old sister Margaret who was accompanied by her son Paul and daughter Zoe Smith. It was conducted by the Reverend Doctor Brutus Green, Chaplain to 2nd Battalion, The Parachute Regiment. 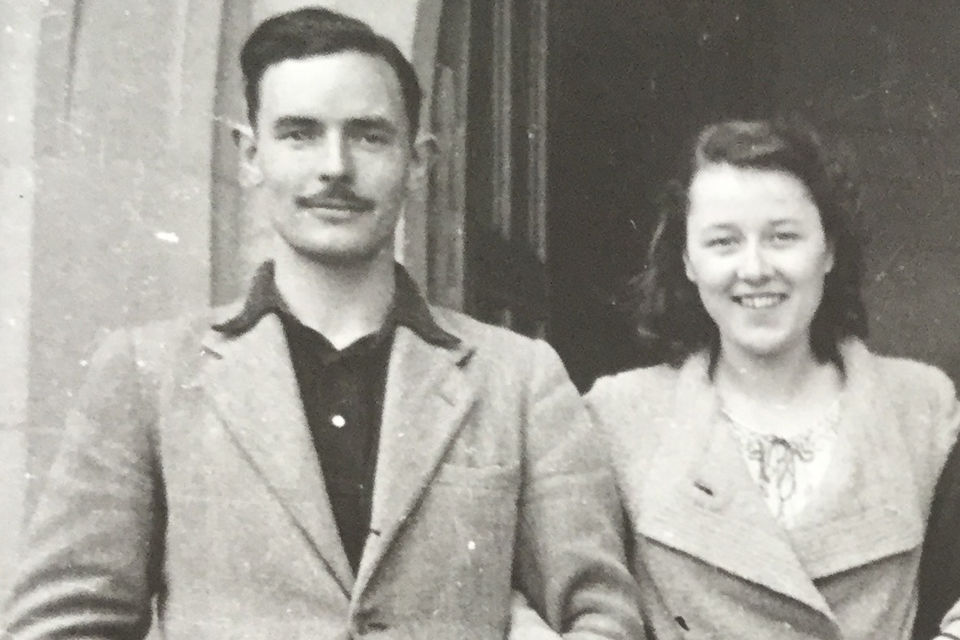 
It was a total surprise to me when I received the letter from the JCCC advising me that Lacey’s final resting place had been found. I couldn’t believe that this could be possible after 74 years.
​
It was only after meeting members of the JCCC team that I realised I had never properly grieved for my brother as he was declared ‘missing in action’ with no known grave. So, it brings great comfort to be able to visit his grave for this rededication and finally say goodbye. I am extremely grateful to everyone for making it possible.
​ 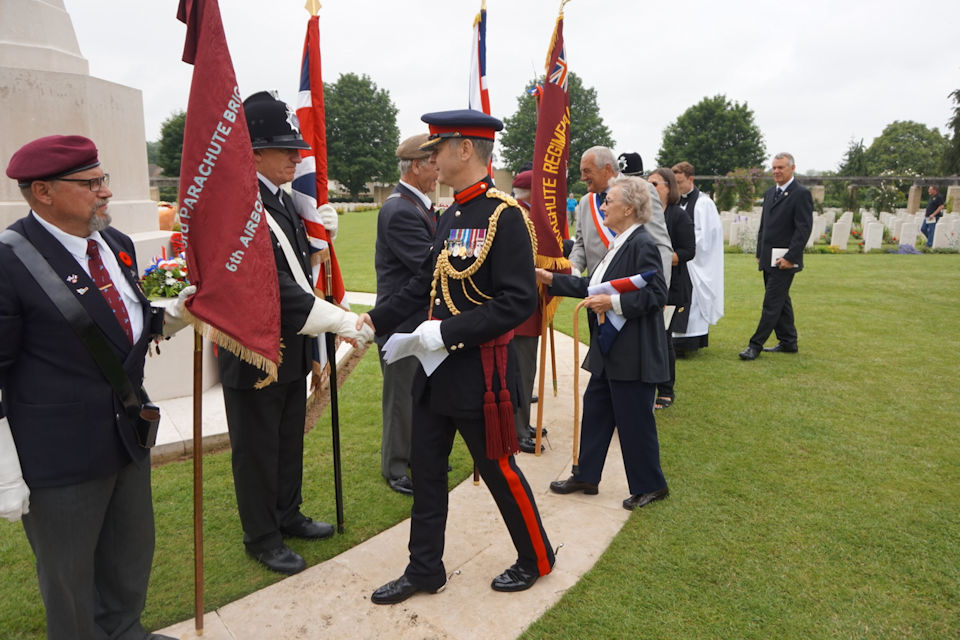 
It has been an absolute privilege to organise this rededication service for Private Lacey Tingle and share this experience with his sister and her family. Lacey followed his conscience and refused to fight, but he was still willing to pay the ultimate sacrifice in the service of others. His courage and devotion to duty are an example to us all.
​
On 6 June 1944 Pte Tingle parachuted into Normandy with the 6th Airborne Division in support of Operation Tonga, part of Operation Overlord. He was later reported as missing and was commemorated on the Bayeux Memorial in Bayeux, France.

Pte Tingle’s final resting place came to light after 2 researchers submitted evidence regarding his whereabouts to the CWGC. Further research by the JCCC and the National Army Museum was undertaken to corroborate the evidence and the identification of the ‘unknown soldier’ grave being that of Private Lacey Tingle was confirmed by the JCCC.

The researchers’ evidence revealed that on the afternoon of 7 June 1944 in the village of Douville-en-Auge, 16 miles east of Caen, a group of British and Canadian Paratroopers were surrounded by the enemy. 9 of the group lost their lives during the ensuing battle. These paratroopers were buried in the village by locals, before being moved to Ranville War Cemetery after the war. Lacey was amongst those who lost their lives that afternoon. 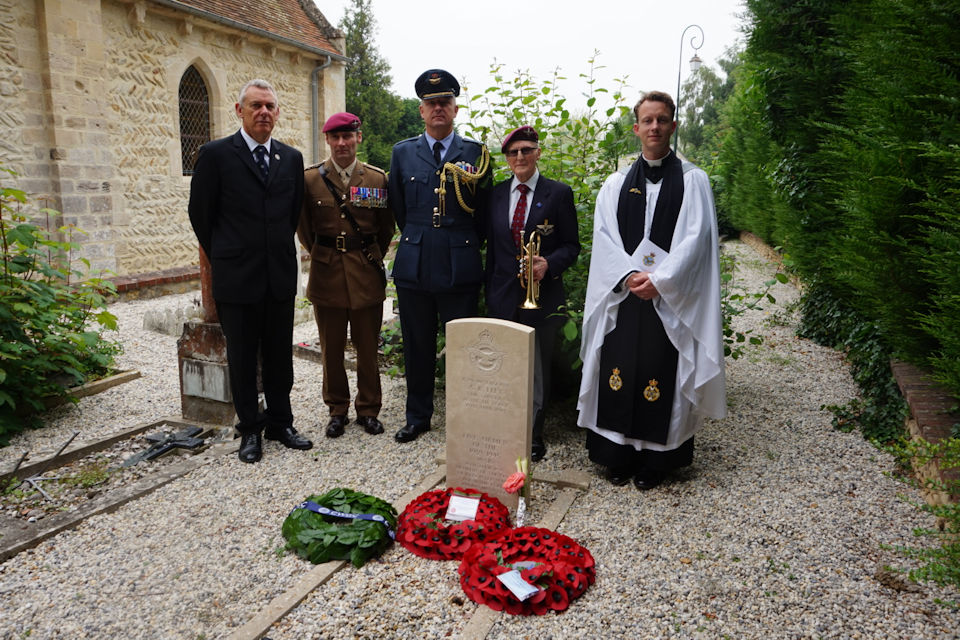 Rededication service for the crew of Lancaster W4849 of 156 Squadron, Crown Copyright, All rights reserved


The story of Private Tingle, a Methodist, a teacher, but most extraordinarily a non-combatant willing to put himself in the van of the battle, once again brings home the bravery of the ordinary British soldier. Taking the service honouring a man of such faith and principle, in the presence of his family, who only now have learned the full story, is an honour and a truly humbling privilege. We will remember them.
​
Members of the Parachute Regiment and 160 Medical Regiment RAMC were also in attendance.


After the war, Private Tingle was brought in to rest with his comrades in the Commonwealth War Graves Commission’s Ranville War Cemetery as an unidentified soldier. Thanks to the efforts of many and in the presence of his family, we are honoured to mark his grave with a new headstone bearing his name.
​ 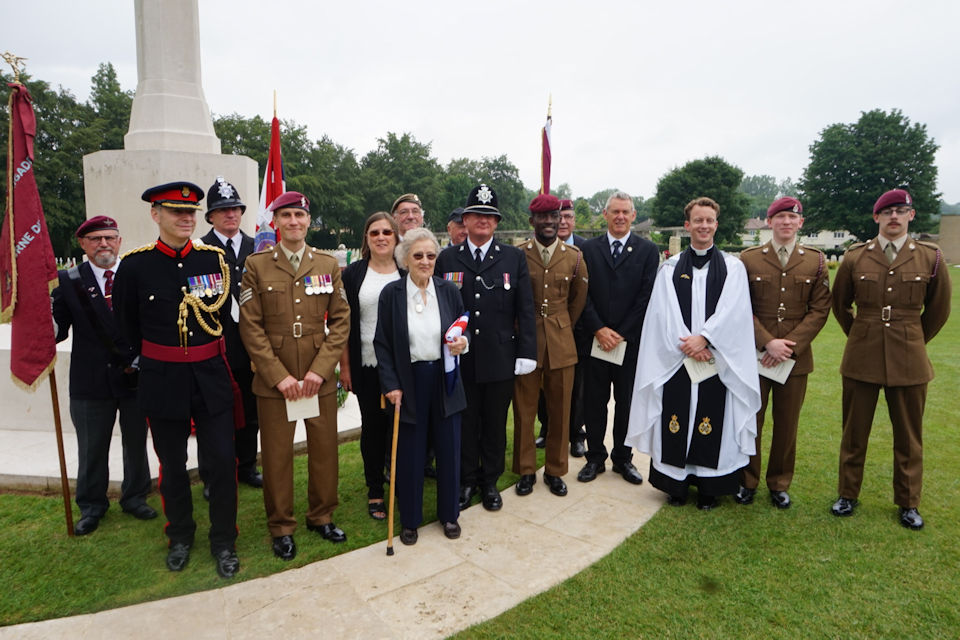 A new headstone bearing Private Lacey Tingle’s name has been provided by the CWGC, who will now care for his final resting place in perpetuity.