News story: Grave of courageous World War 2 pilot has been rededicated 77 years after his death

The grave of 26 year old Flying Officer (FO) David Stein who served in the Royal Air Force (RAF) volunteer reserve, has been rededicated in France at a cemetery where he lay as an ‘unknown’ for many years. The moving service took place on Wednesday 19 September at the Commonwealth War Graves Commission (CWGC) Brest (Kerfautras) Cemetery, Brittany in France.

The service, organised by the MOD’s Joint Casualty and Compassionate Centre (JCCC), part of Defence Business Services was attended by FO Stein’s cousin, Carol Taylor who was accompanied by her husband, Stuart Taylor and son, David Taylor. It was led by The Reverend (Squadron Leader) Rachel Cook, RAF. Members of the RAF including the RAF Exchange Officer Wing Commander Yves Gagnon, RAF Exchange Officer French MOD and local dignitaries were also in attendance. 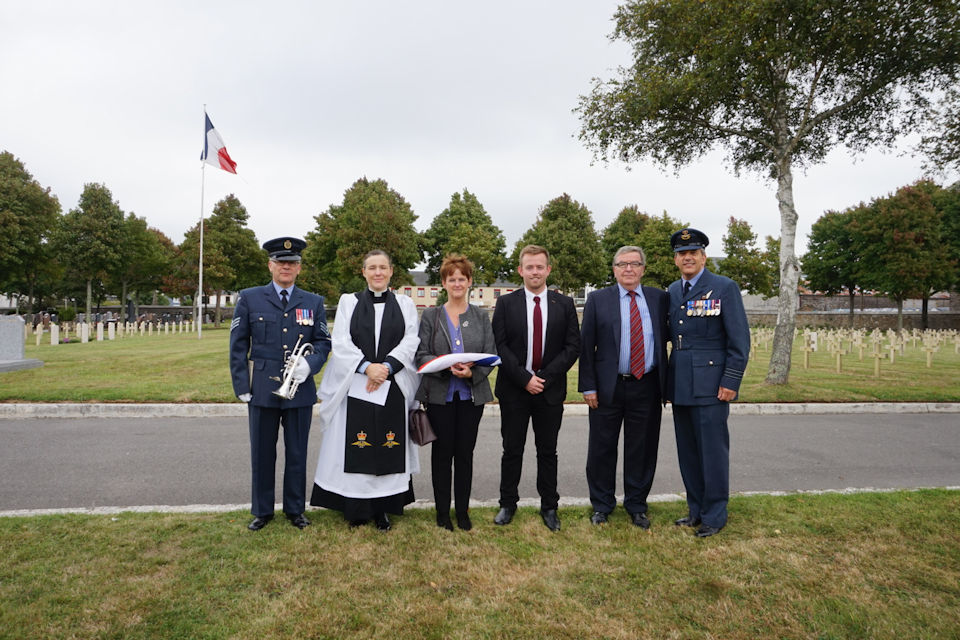 
Our family know that David’s mother, father and sister would have been very grateful, as are we, that his final resting place has been found, and that so many people have joined us in honouring him.
​ 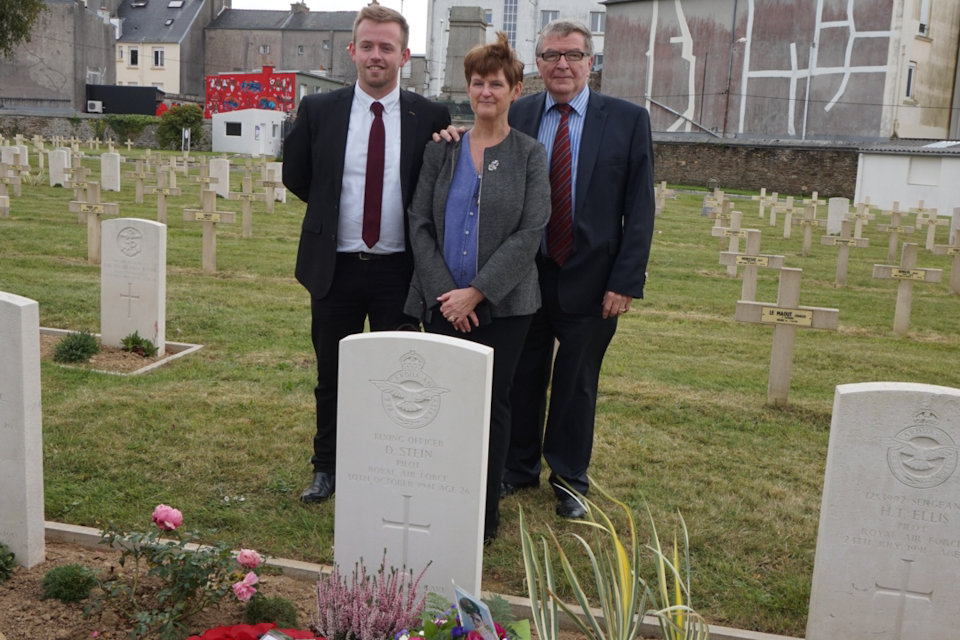 
This has been a fascinating case to work on and I would like to thank all those who have helped. It is a privilege to have arranged the ceremony for this daring young man who paid the ultimate sacrifice.
​
FO Stein was killed on 30 October 1941 flying a Westland Whirlwind plane on a low-level ground sortie on an aerodrome in Brittany, France. He was brought down by ground anti-aircraft fire and last seen flying away from the target with one engine on fire. 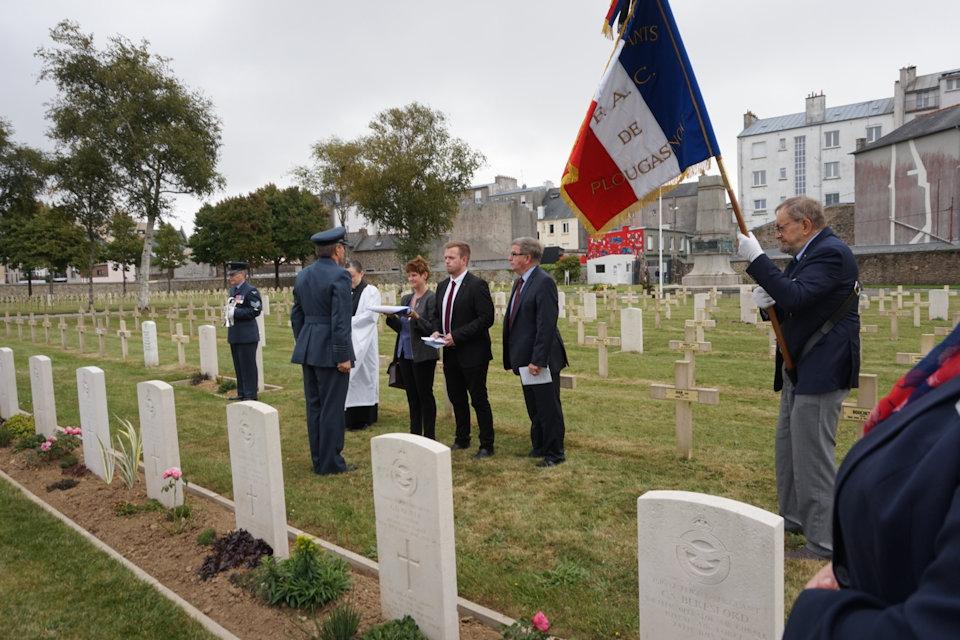 Although FO Stein was buried alongside other Allied airmen in Brest (Kerfautras) Cemetery, his identity remained unknown until research, which was later analysed and verified by the JCCC, proved a connection with the site where his aircraft was found.

David Stein was born on 23 December 1914 in Lassodie, Dunfermline, Scotland. Prior to enlistment in 1939 he was a tobacconist living in Edinburgh; his service records note he was a keen footballer and golfer, enjoyed the “occasional beer” and his hobby was motor engineering.

David was commissioned as a pilot officer in 1940, promoted to flying officer in July 1941 before being posted to No 263 Squadron in Grangemouth, Scotland.


Today, we formally honour the memory of FO David Stein in the presence of military colleagues and family. It is a real privilege to be able to do this. FO Stein gave his life in the service of others, we now come together to recognise this and to remember him before God. This brave airman now has a named resting place. May he rest in peace.
​
Steve Arnold, CWGC said:


Today, the Commonwealth War Graves Commission are honoured to mark the grave of Flying Officer Stein with a new headstone bearing his name and a personal inscription chosen by his family. We will ensure that the graves of David, his brother John and all those who served and fell are cared for in perpetuity.
​
Continue reading...