Flight Sergeant (Flt Sgt) Frank Edward Reed’s final resting place has been identified after his aircraft, RAF Stirling Bomber EH945, part of 620 Squadron, was shot down in Germany on 27 September 1943. To honour the bravery and sacrifice of Flt Sgt Reed, a rededication service was held on 20 June 2017 at the Commonwealth War Graves Commission (CWGC) Hanover War Cemetery, Germany. 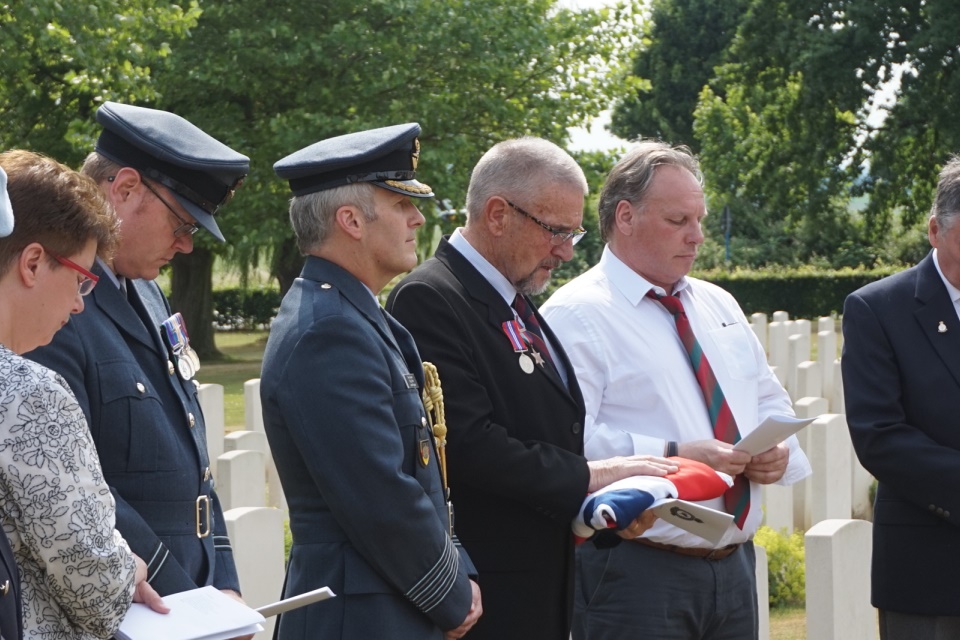 Flt Sgt Reed was a Flight Engineer and part of a 7 man crew onboard the Bomber aircraft which took off from RAF Chedburgh in Suffolk at 7.55 pm on 27 September 1943. Research undertaken by JCCC and Air Historical Branch showed that Stirling EH975 was shot down and crashed later that evening. Subsequent reports stated that some of the crew were taken as prisoners of war, including Flt Sgt Reed who was badly injured, others were unfortunately killed during the crash. Flt Sgt Reed was taken to a hospital in Hanover where it is unclear how he died but most probably from his wounds.

Flt Sgt Reed was just 1 month short of his 21st birthday when he was killed.


This has been an incredibly rewarding case to work on and to be able to bring closure after such a long search for answers by Frank’s son, Nigel, who has travelled from New Zealand to be with us today, is a real privilege.


Unfortunately we may never know exactly how Flt Sgt Reed died but we know he ultimately lost his life serving his Country. Now finally, his grave can bear his name and we’re very lucky to have his son and members of his RAF family here with us today.
​ 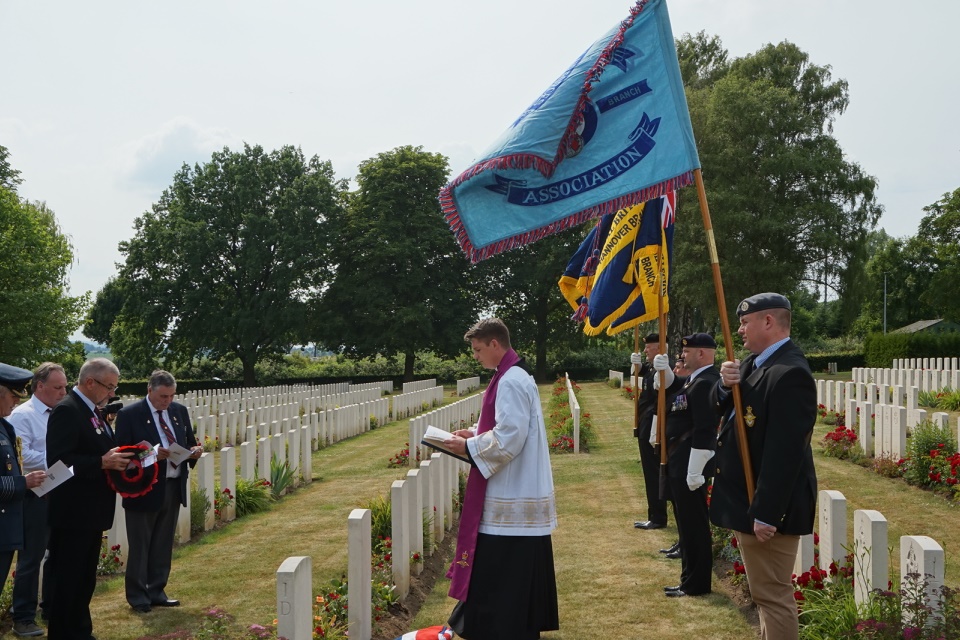 
By God’s grace it is right and proper that we gathered today in prayer and thanksgiving for the sacrifice of Flt Sgt Reed. It was a privilege for me as an RAF Padre to lead this rededication service for the family and representatives today.


This is the first rededication service I have had the honour of leading and I will remember this day for the rest of my life.
​ 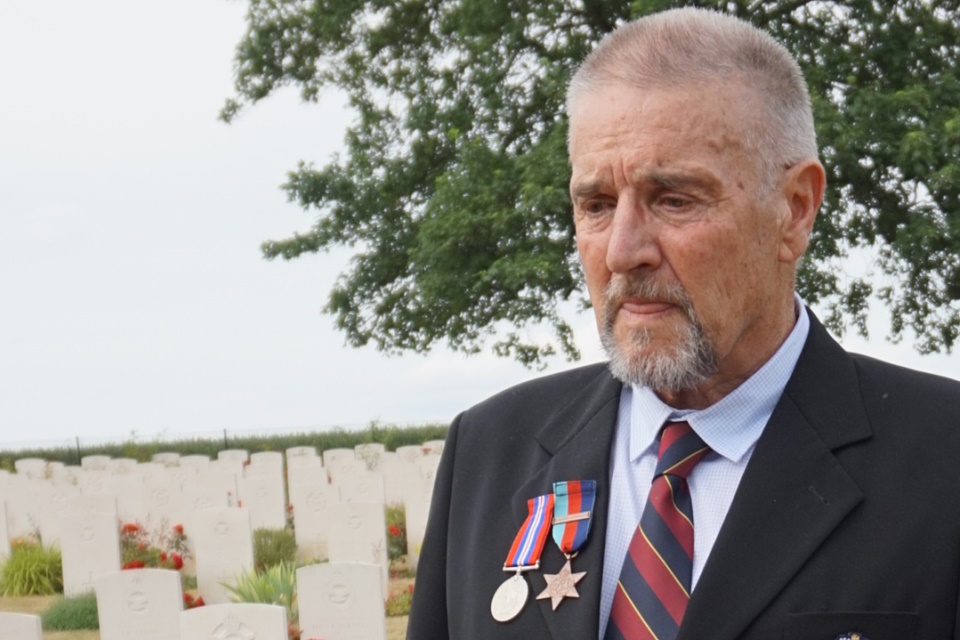 
Today has opened up a new chapter in my relationship with my father whom I now feel a real connection and closeness to. I would like to thank all those who made this ceremony, and the one held in Chedburgh, possible, it has meant so very much to me.
​
The moving ceremony rededicating the new headstone bearing Flt Sgt Reed’s name, as provided by the CWGC, was held in the cemetery in Hanover near to where the crash site was.

To further honour Flt Sgt Reed’s memory a simultaneous ceremony was held in Chedburgh, Suffolk (where 620 Squadron was based). It was organised by former members of The Blues and Royals, Nigel’s former regiment and attended by his regimental brothers.