Ministry of Defence said:
On 7 July 2011, Sergeant Tony Russell was the duty winchman on board a Royal Navy Sea King search and rescue helicopter from 771 Squadron, based Royal Naval Air Station Culdrose in Cornwall.
That night, the yacht Andriette was foundering in heavy seas 110 miles south east of Culdrose with no steerage and an unserviceable engine. In heavy rain squalls and high winds, the yacht was pitching and rolling in mountainous state 7 seas.
The stricken yacht was approx 80 nautical miles south east of the Isles of Scilly. Stranded and foundering beyond the reach of other rescue assets, the 771 Squadron Sea King was scrambled to the Andriette’s assistance. 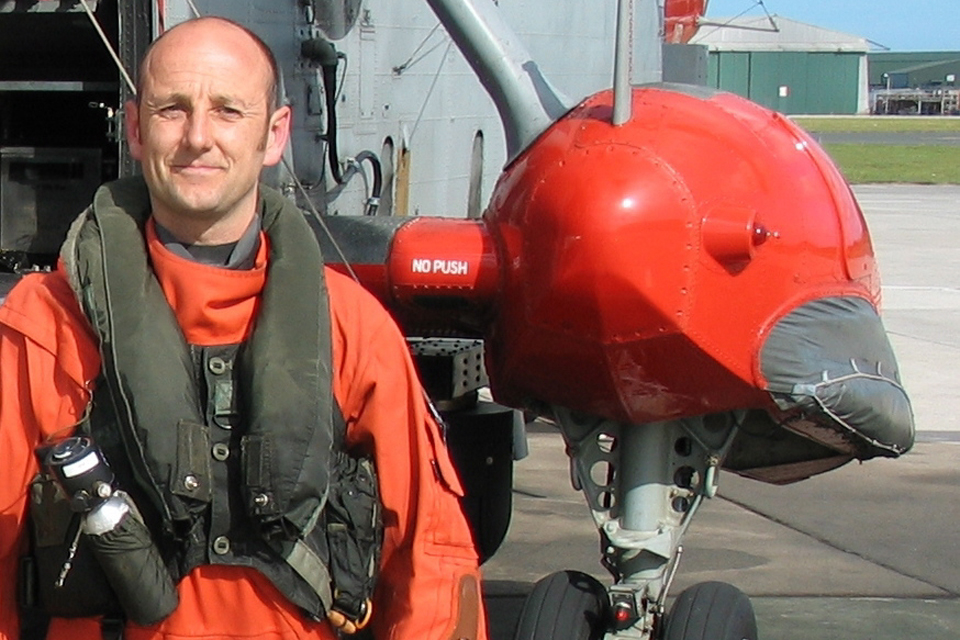 Royal Marines winchman Sergeant Tony Russell (stock image) [Picture: Crown copyright 2013]Whilst the yacht was moving violently and unpredictably, 42-year-old Sgt Russell volunteered to conduct a conventional rescue in full knowledge of the hazards he would face.
Winched down in complete darkness, Sgt Russell was immediately engulfed in waves and losing communications. With gritty determination, he hauled himself into the life raft and secured the first survivor with a strop. Briefly dragged back under the water, he was winched up to the relative safety of the helicopter.
The life raft now capsized due to the heavy swell and pitching seas, with the remaining survivor lost from sight. With little regard for his own safety, Sgt Russell was winched back down and, despite the buffering waves, was able to swim to the inverted life raft, diving under it and surfacing in an air pocket.
At this point the helicopter crew had lost sight of their winchman and Sgt Russel was left without communications. At this point, the crew decided to attempt to winch him using the winch wire, causing the life raft to flip over, fortunately with the survivor inside. Entangled in ropes, Sgt Russell managed to cut himself free and swim back to the survivor. He place him in a strop to complete the rescue.
Recounting the rescue, Sgt Russell said:

It was an extremely difficult and tense rescue. The whole crew on board the helicopter worked well as a team in what was technically an extremely difficult rescue.
​
At this point my training and professionalism just kicked in. I was their last chance; their last hope.
​
Sgt Russell, who is originally from Bath, is currently based at Commando Helicopter Force, Royal Naval Air Station Yeovilton.
The announcement of Sergeant Russell’s George Medal was made with the release of the latest operational honours and awards list.