Today, 25 April, descendants, military personnel and members of the public, attended a service at the Cenotaph, on Whitehall, to pay homage to those who fought and died during the Gallipoli campaign in Turkey 100 years ago.

Her Majesty The Queen and Their Royal Highnesses The Duke of Edinburgh and The Duke of Cambridge, attended the event, which commemorates both the centenary of the Gallipoli Campaign and the 99th anniversary of Anzac Day. 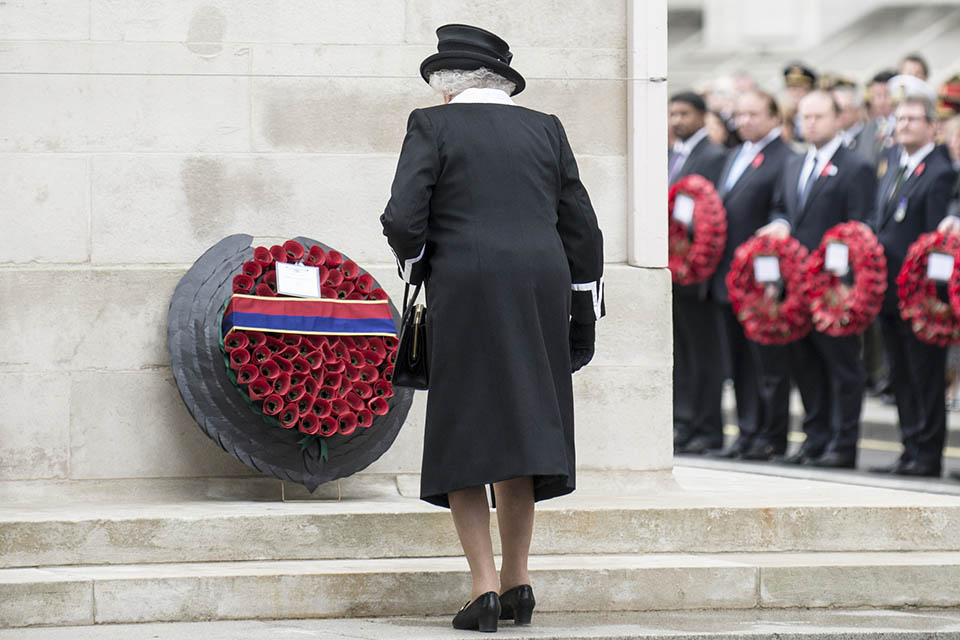 Some of the 3,000 descendants, military personnel and members of the Gallipoli Association and other military associations took part in a March Past following the Service of Commemoration and the laying of wreaths at the Cenotaph. 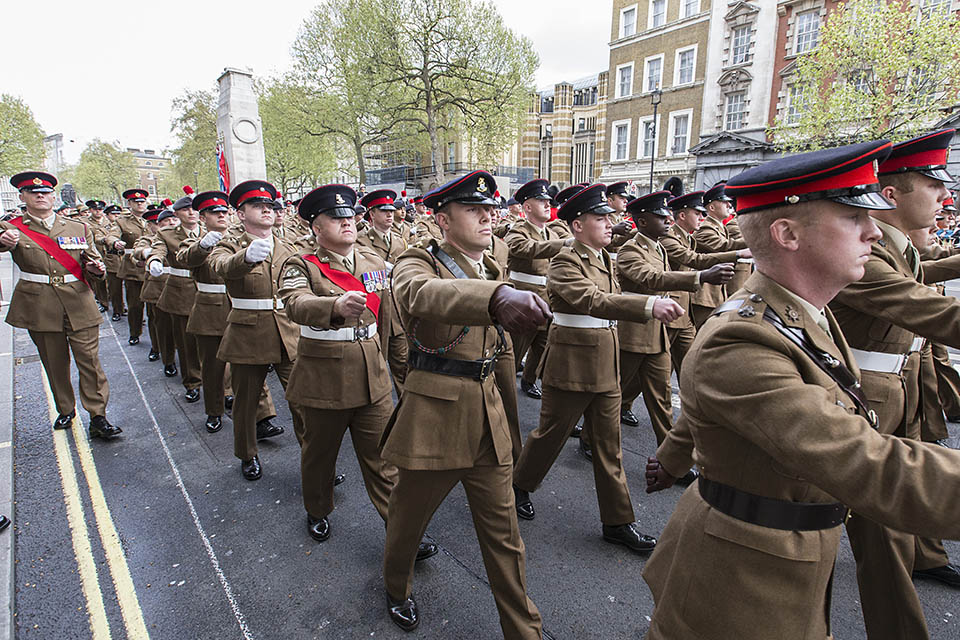 Soldiers from the British Army marching past the Cenotaph. [Crown Copyright]

Following the event at Whitehall, a service has taken place at St Paul’s Cathedral led by the Gallipoli Association, followed by a service at Westminster Abbey, organised by the High Commissions of Australia and New Zealand to commemorate the 99th anniversary of Anzac Day.


More than 550,000 Allied troops participated, fighting in the harsh terrain of the Turkish peninsula or in ships off the coast, including those from Britain, the Indian sub-continent, Australia, New Zealand, Ireland, France and Canada.

The campaign, which lasted from April 1915 to 9 January 1916, saw considerable losses for Britain and her allies, and for the Turkish.


Yesterday, 24 April, the Department for Culture, Media and Sport, in partnership with the British Embassy Ankara and the Commonwealth War Graves Commission (CWGC) held a Commonwealth and Ireland Service at the CWGC Helles Memorial, Gallipoli, Turkey.

The Prince of Wales, accompanied by Prince Harry, attended the service with the Foreign Secretary representing the UK Government. Air Chief Marshal Sir Joe French KCB CBE, Vice Chairman of the CWGC hosted the services, which was led by the Chaplain General to Her Majesty’s Land Forces, The Reverend Dr David Coulter QHC.

The Helles Memorial was built in 1924 and serves the dual function, as the Commonwealth battle memorial for the whole Gallipoli campaign and as a place of commemoration for many of those British and Commonwealth servicemen who died there and have no known grave. The memorial bears more than 21,000 names and is one of 23,000 cemeteries and memorials located in 154 countries around the world that is maintained by the Commonwealth War Graves Commission.

Moderator
Review Editor
Book Reviewer
Somebody is not awake at the MoD press office! This is a month out of date.

Ageing_Gracefully said:
Somebody is not awake at the MoD press office! This is a month out of date.
Click to expand...

Been on leave for a months beach holiday to Turkey and just woke the PC up?

At least there IS someone at the MOD Press Office on a bank holiday - I assume the duty press officer, trying to juggle with everybody's balls ( if you'll excuse the expression)

Book Reviewer
A month ago - I was there. This in fact typical of the attitude of people to what has become a largely forgotten campaign.

Wightsparker said:
At least there IS someone at the MOD Press Office on a bank holiday - I assume the duty press officer, trying to juggle with everybody's balls ( if you'll excuse the expression)
Click to expand...

I assume that it is the duty security man who saw a computer on and tried to switch it off! Wrong button syndrome.

Commemoration services for the 7th Royal Scots, who were on their way to Gallipoli when they were involved in Britain's worst ever train crash at Quintinshill, just outside Gretna on 22 May 1915.