Ministry of Defence said:
The award of the contract to Bristow Helicopters Ltd was announced today by the Secretary of State for Transport, Patrick McLoughlin.
UK SAR is currently provided by RAF and Royal Navy personnel using Sea King helicopters from 8 bases and through a civilian helicopter service under contract to the Maritime and Coastguard Agency (MCA) from 4 bases.
The new service procured by the Department for Transport (DfT) will operate in a similar manner to the existing MCA contract and will run for 7-10 years. It will be managed by the MCA which provides SAR from Portland, Lee on Solent, Stornoway and Sumburgh. 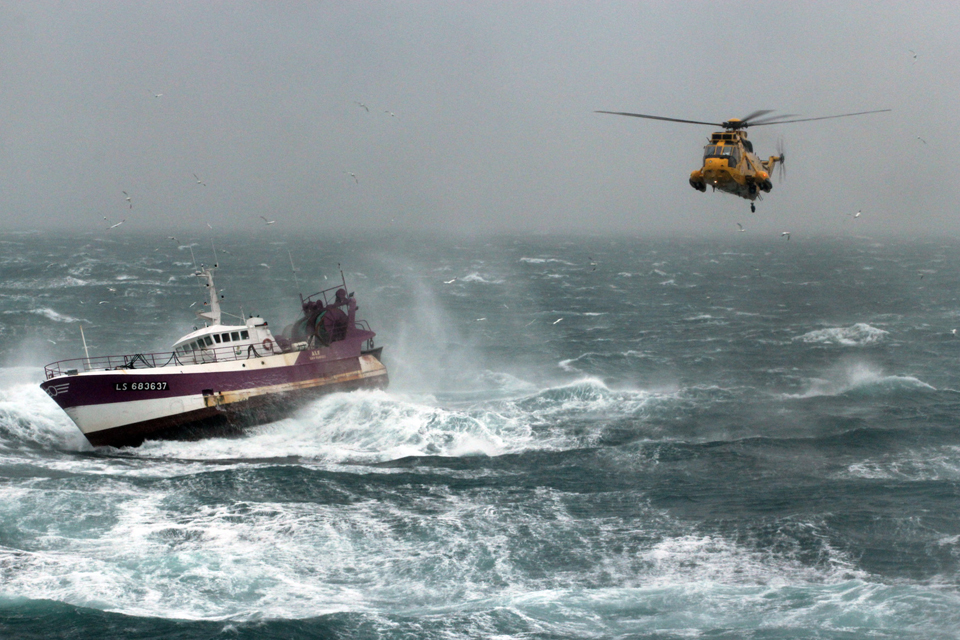 A Royal Air Force search and rescue helicopter from 22 Squadron during the rescue of an injured fisherman from the French trawler Alf (left) in the Irish Sea last week (library image) [Picture: Crown copyright 2013]The new service will operate a mixed fleet of 22 state-of-the-art helicopters from 10 locations around the UK:

All bases will be operational 24 hours a day. These base locations are strategically placed near areas with high SAR incident rates and will help ensure maximum operational coverage across the UK while reducing transit times to incidents.
Bristow Helicopters Ltd and MOD have agreed to a ‘managed transition’ to enable Service personnel who wish to continue to work in UK SAR to do so without risking the current military service provision. This process is entirely voluntary and available to all ranks of military personnel in SAR roles who will need to apply in order to use it. All decisions will be based on the manpower requirements of the RN and the RAF at the time. Those who wish to stay in the Services will be re-deployed elsewhere as a normal part of their career pattern. Civilian personnel currently working for UK SAR will have the opportunity to work with Bristow Helicopters Ltd under the rules of Transfer of Undertakings (Protection of Employment). 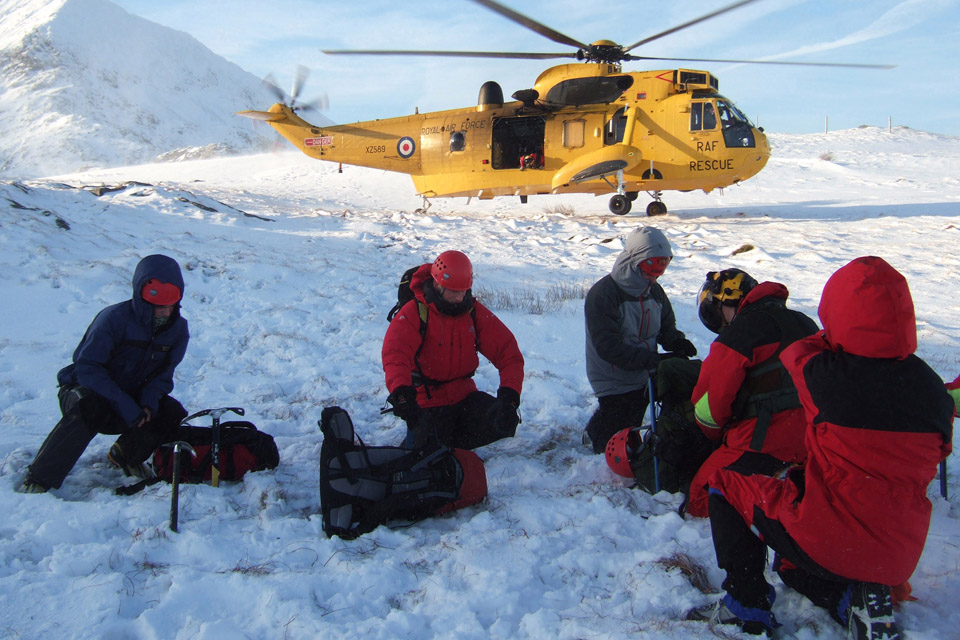 An RAF search and rescue helicopter during a mountain rescue (stock image) [Picture: Flight Sergeant Rusty Bale, Crown copyright 2010]The new UK SAR service will become operational during a phased transition during which the military SAR service will be drawn down. This drawdown will take place between spring 2015 and early 2016 and will enable current SAR Sea Kings to be retired from service. The MCA’s 4 bases will transition to the new service in 2017. By summer 2017 the new contractor will be fully operational at all 10 bases.
The bases from which the RAF and RN currently provide SAR are: RAF Boulmer; RAF Valley; RAF Lossiemouth; Royal Naval Air Station (RNAS) Culdrose and HMS Gannet at Prestwick. SAR also operates from Wattisham, Chivenor and Leconfield. All these bases have a wider military role and their future is not linked to this UK SAR announcement.
Personnel currently involved in SAR duties have been briefed on the details of this announcement.